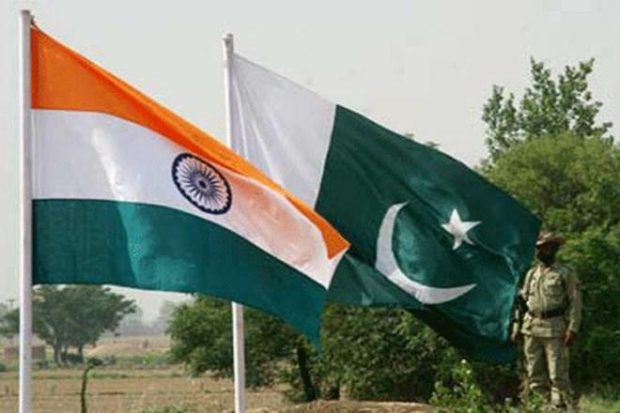 MUMBAI, Feb 20: A 10-member Indian delegation will visit Pakistan for the annual meeting of the Permanent Indus Commission from March 1-3, a senior Jal Shakti Ministry official said.
In a first since the signing of the Indus Water Treaty between the two countries, three female officers will also be part of the Indian delegation, which will be advising the Indian Commissioner on various issues during the meeting, the official said.
Last year, a delegation led by the Pakistan Commissioner for Indus Waters had visited India for the annual meeting.
“The annual meeting of the Permanent Indus Commission will be held in Islamabad, Pakistan between March 1 and 3, 2022,” Pradeep Kumar Saxena, Indian Commissioner for Indus Waters.
The delegation will comprise Saxena’s advisors from the Central Water Commission, the Central Electricity Authority, the National Hydroelectric Power Corporation and the Ministry of External Affairs.
The Pakistan side will be led by Syed Muhammad Mehar Ali Shah, the Pakistan Commissioner for Indus Waters.
The Indian delegation will leave for Pakistan through Atari border on February 28 and will return through the same route on March 4.
The agenda for the meeting is being finalised between the two Commissioners, officials said.
Pakistan’s objections on Indian hydroelectric projects namely Pakal Dul (1,000 MW), Lower Kalnai (48 MW) and Kiru (624 MW) in Chenab basin in Jammu and Kashmir and few small hydroelectric projects in Ladakh are likely to be on the agenda for discussion.
According to the treaty, India has been given the right to generate hydroelectricity through run-of-the-river projects on the western rivers subject to specific criteria for design and operation.
The pact also gives the right to Pakistan to raise objections to designs of Indian hydroelectric projects on the western rivers. Pakistan has raised objections on the design of these projects.
India, however, asserts that the design of the project is fully compliant with the provisions of the Indus Waters Treaty (IWT) and certified by the Central Water Commission and the Central Electricity Authority, the apex organisations of the country in the field of water resources and power.
Saxena said that in the forthcoming meeting, the Indian side will explain its position to Pakistan. He said Pakistan’s apprehensions will be “addressed amicably through continued bilateral discussions in the spirit of the treaty”.
Under the IWT signed between India and Pakistan in 1960, all the waters of the eastern rivers – Sutlej, Beas, and Ravi – amounting to around 33 million acre feet (MAF) annually is allocated to India for unrestricted use.
The waters of western rivers – Indus, Jhelum and Chenab – amounting to around 135 MAF annually have been assigned largely to Pakistan. India is permitted to construct the run of the river plants on western rivers with limited storage as per criteria specified in the treaty.
Under the provisions of Article VIII(5) of the Indus Waters Treaty, the Permanent Indus Commission is required to meet regularly at least once a year, alternately in India and Pakistan. The last meeting of the Commission was held on March 23-24 2021 in New Delhi. (PTI)