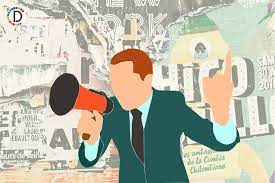 WASHINGTON, Aug 11:The Indian-American supporters of Donald Trump have criticised the FBI for conducting a “politically motivated” raid on his palatial residence in Florida and condemned the ongoing “witch hunt” against the former US President.
The FBI raided Trump’s private club and residence in Florida and broke open a safe on Monday, as part of a reported probe into the handling of presidential documents, including classified materials, triggering an angry outburst from the former US president who called it an attempt to block his 2024 White House bid.
“This is unfair, unjustified, unheard and totally mind-blowing,” Digvijay Gaekwad, a first-generation American entrepreneur and community leader based in Ocala, Florida, said on Wednesday, after the FBI raided Trump’s Mar-a-Lago residence.
Indian American supporters of Trump, who have expanded the Republican base, have come out openly against the FBI raid and alleged this move was politically motivated.
“I just think it’s uncalled for and not the right way to investigate anything. It is just turning into a witch hunt,” said Dr Shobha, a member of the Indian American Trump campaign.
“Nobody is above the law, but at the same time, you need to do it in a proper manner. This happened in Banana Republic wherein one political party comes to power, then they start a witch hunt on the other and kind of back and forth,” she said.
The FBI search was related to the 15 boxes of documents that Trump took to Mar-a-Lago when he departed the White House in January 2021 — some of which the National Archives has said were marked classified, according to US media reports.
In January, Trump handed over the documents to the National Archives, and attorneys for Trump said they were searching for any more records they may have.
The dramatic escalation of law enforcement scrutiny of Trump comes as he prepares for a possible third presidential run in 2024.
Describing it as a shocking development, Vibhuti Jha, who is a Republican candidate from District 16 for election to the New York State Assembly, said Trump is “a nightmare” to the Democratic party.
“Democrats have very low ratings. They created Trump as a storyline and I think there will be more people jumping onto this bandwagon of supporting Trump because this is unfair, this is wrong,” Jha said.
“Trump is a textbook on positivity. This raid on him is a positive for Trump — a blessing in disguise for him. It is a sure shot presidency for him in 2024,” said Al Mason, an eminent Trump fundraiser and supporter.
The Biden administration and the FBI, he observed, has done Trump a favour as this has energised his supporter base and increased his popularity.
Trump invoked his Fifth Amendment protection against self-incrimination as he testified under oath on Wednesday in the New York attorney general’s long-running civil investigation into his business dealings.
Investor and entrepreneur Sridhar Chityala called the FBI raids conducted on Trump as unprecedented and unwarranted.
“It seems to reflect the continuation of the policies of surveillance, Russian interference and the January 6th investigations and now this. With the midterm elections looming and Trump’s imminent announcement for a re-run, are we seeing a pattern here, one wonders,” he added. (PTI)