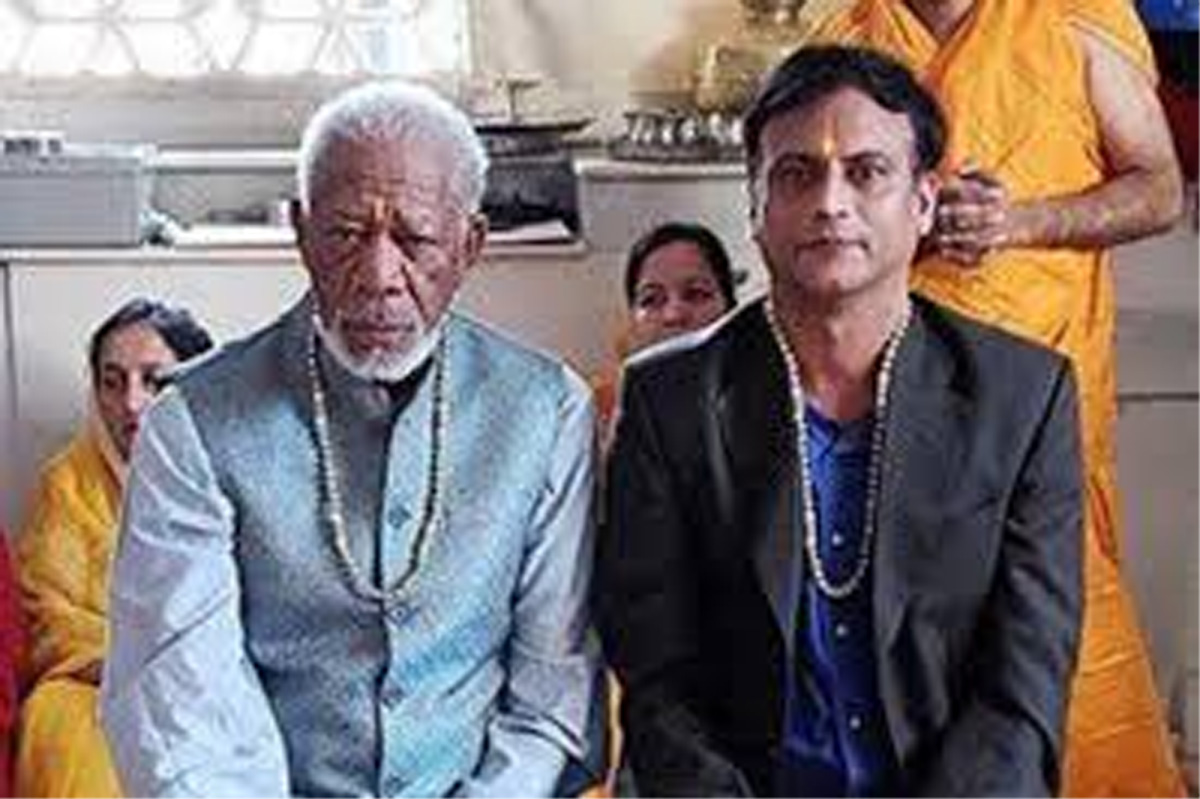 HOUSTON, Mar 28: An Indian-American professor will share his views on religion on Oscar-winning actor Morgan Freeman’s ‘The Story of God’.
The National Geographic documentary series, now in its third season, explores how religions around the world have shaped society.
Pankaj Jain, an associate professor at the University of North Texas travelled to Nepal last year where he joined Freeman to participate in rituals at a Jain temple in Kathmandu.
Originally from Rajasthan, Jain is a professor with university’s department of philosophy and religion.
Their trip and discussion about Jainism will feature in the series’ April 9 episode.
Jain holds a PhD from the University of Iowa and an MA from Columbia University. He studied computer science in India and has worked as a software engineer in India and New Jersey.
The professor is an active member of several academic and community organisations and has published poems in Hindi.
Jain has been consulted widely by the media around the world for his expertise in ancient religions such as Jainism and Hinduism and their connections to contemporary issues.
He also created University of North Texas’s first course on Jainism and has helped organise Jain education events at the university.
Jain recently published B Science and Socio-Religious Revolution in India: Moving the Mountains,B and is also the author of B Dharma and Ecology of Hindu Communities: Sustenance and Sustainability,” which has won two awards. (AGENCIES)