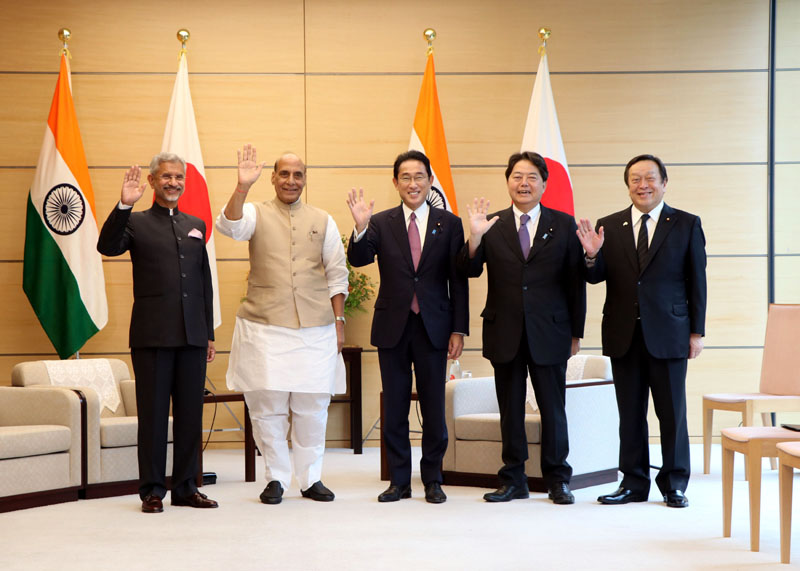 TOKYO, Sep 9:A stronger India-Japan partnership is good for each other as well as for the Indo-Pacific region and the global order, External Affairs Minister S Jaishankar has said.

“Noted the progress in various facets of bilateral cooperation. Discussed current regional and global issues. Agreed to expand and intensify our consultations,” Jaishankar tweeted Thursday after concluding a “strategic dialogue” with his Japanese counterpart Yoshimasa.

“A stronger India-Japan partnership is good for each other, for Indo-Pacific and the global order,” he added.

Japan and India are members of the Quad – which includes the US and Australia – a strategic grouping considered by some as a counter to China’s growing influence in the Indo-Pacific region.

China claims nearly all of the disputed South China Sea, while Taiwan, the Philippines, Brunei, Malaysia and Vietnam claim parts of it. Beijing has built artificial islands and military installations in the South China Sea.

On Friday, Jaishankar and Singh interacted with the Indian community in Tokyo.

“Pleased to see them doing well in so many domains and endeavours. Their love and affection for the motherland was manifest,” Jaishankar said in a tweet after their interaction.  (PTI)