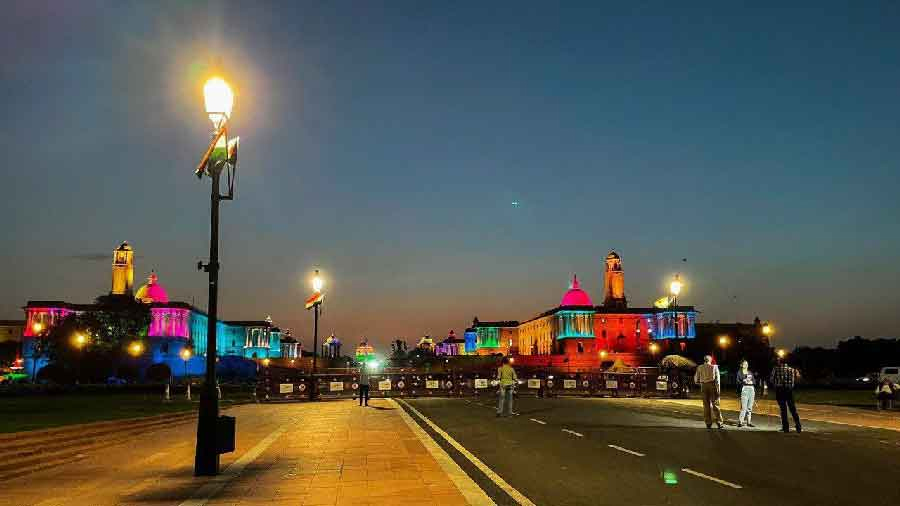 NEW DELHI, Sep 9:  “New fountains have been installed, the area looks brand new and underpasses have been built,” 54-year-old Anita told her daughter over a video call while taking a stroll in the lawns of the newly christened Kartavya Path on Friday.

Anita’s daughter lives in another city and could not join her family for a picnic on the first day of the reopening of Kartavya Path, which was inaugurated by Prime Minister Narendra Modi on Thursday.

After clicking pictures and taking a stroll on Kartavya Path, which was earlier known as Rajpath, the family of five sat down under the shade of a tree in the lawn to escape the heat.

“We have visited India Gate several times. This year, my daughter is in another city so I was showing her what all has changed. It is very beautiful. The work done is great. I am very impressed,” Anita said.

“New pedestrian underpasses have been built and parking spaces have been improved. There are lawns with walkways, added green spaces and canals have been refurbished,” she added.

The Central Vista Avenue stretching from Rashtrapati Bhavan to India Gate was thrown open to the general public after 20 months.

Undeterred by the sticky heat, hundreds thronged the revamped stretch on Friday and clicked photographs.

Most of the visitors appeared impressed with the refurbishing.

Aquil Ansari (24) from Kerela said, “It is looking very nice. I had come here a few months ago but it was closed for construction then. I had also visited India Gate a few years back… So many new things have been added.”

Ansari said it is necessary to honour the freedom fighters.

“They have done so much for our country. They deserve to be remembered,” he said.

Asked about the Government spending Rs 477 crore on the revamped stretch, another tourist, Saurabh, said, “It is not like the money was spent in vain. This will boost tourism and it is looking so beautiful. So, I don’t think anyone should have a problem with that.”

The revamped stretch is part of the Modi Government’s Rs 13,450-crore Central Vista redevelopment project which comprises a new Parliament building and new offices and residences for the Prime Minister and the vice president, among other things.  (PTI)