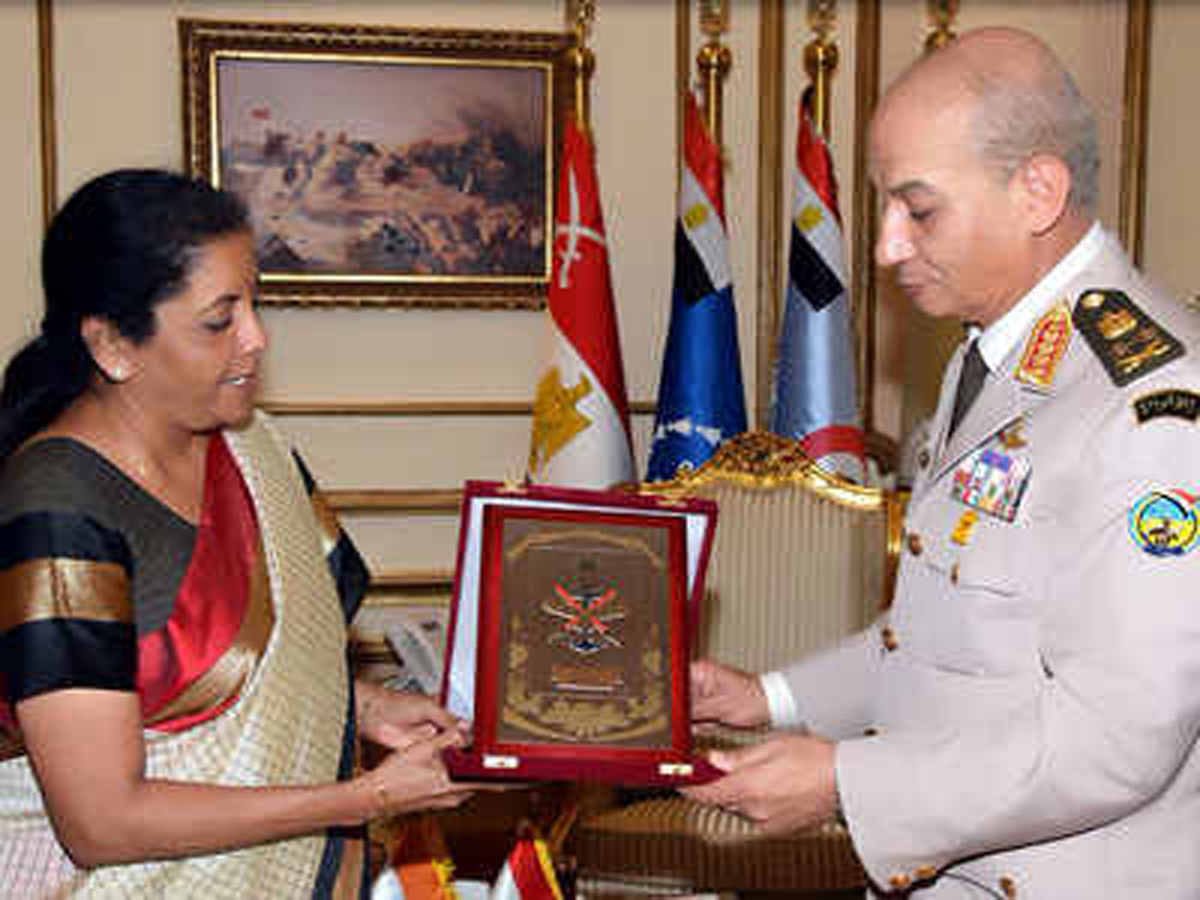 NEW DELHI, Sept 23: India and Egypt have decided to ramp up their defence and security ties which will include boosting counter-terror cooperation and carrying out joint exercises by their militaries, officials said.
The decisions were taken during talks between Defence Minister Nirmala Sitharaman and her Egyptian counterpart General Mohamed Ahmed Zaki Mohamed in Cairo.
She was on a two-day visit to Egypt from September 20-22.
Officials said Sitharaman and Mohamed also deliberated on expanding Naval cooperation between the two countries and explored possibilities of joint production of defence equipment.
They said both the sides are working towards holding joint exercises between their militaries.
“They reviewed ongoing bilateral cooperation activities and discussed potential opportunities to further deepen ties and exchanges in the defence sphere,” the Defence Ministry said.
It said the Ministers decided to explore deeper cooperation in the fields of defence industry including joint production of military equipment.
“Both sides reaffirmed their intent to enhance cooperation in counter-terrorism. Naval cooperation, including cooperation in maritime domain awareness, was identified as an area of potential,” it said.
The Ministry said India and Egypt would also intensify training interactions between their militaries. (PTI)