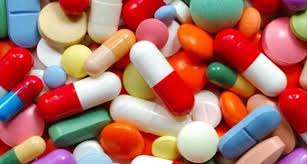 WASHINGTON: India and China are among the hotspots of antimicrobial resistance (AMR) in animals domesticated for food—threatening the health of consumers in regions where meat intake is rapidly increasing, according to a study.
Antibiotic resistance in animals has increased by 50 per cent since 2000, according to the study, published in the journal Science on Thursday.
The researchers, from the Center for Disease Dynamics, Economics & Policy (CDDEP) in the US, noted that regions including north-eastern India, north-eastern China, northern Pakistan, and Iran were hostspots for AMR.
AMR is becoming more prevalent globally, as meat consumption was increasing in countries with low and middle level incomes, the study noted.
The researchers said that animals consumed three times as many antibiotics as humans, and that AMR in animals has dramatically increased in the last two decades.
“Between 2000 and 2018, the proportion of antimicrobials that were more than 50 per cent resistant increased from 15 per cent to 41 per cent in chickens, and from 13 per cent to 34 per cent in pigs. China and India were both found to be hotspots of AMR. Brazil and Kenya are rapidly emerging as hotspots,” Ramanan Laxminarayanan, director of CDDEP and senior research scholar at Princeton University, told PTI in an email.
He added that, in India alone, antibiotic resistant infections killed about 56,000 babies from blood infections every year, and could take many more lives around the world.
In the developing countries, large-scale meat production systems routinely used antibiotics for growth promotion and disease prevention, to meet the growing demand for animal protein, the researchers noted.
They cautioned that veterinary antibiotic sales remained unregulated in these countries and the animals’ feed was less nutritious compared to that in high income nations, leading to exponentially high increase in antibiotic resistance among animals.
Overconsumption of antibiotics in animals raised for meat is linked to an increase in antibiotic resistant infections not only in animals, but also in humans, the authors noted.
Tracking resistance rates among animals in the countries was lacking, they said.
The researchers developed a geospatial model using data from 901 point-prevalence sureys between 2000 and 2018 that reported rates of antibiotic resistance in animals and food products.
The analysis focused specifically on common food-bourne disease causing microbes like including Escherichia coli, Campylobacter spp., non-typhoidal Salmonella, and Staphylococcus aureus.
“We have a small window of opportunity to help low- and middle-income countries transition to more sustainable farming practices. High-income countries ?where antimicrobials have been used since the 1950s? should support that transition,? said Laxminarayan in the email.
The trends and maps developed from the study offer a baseline for policy makers in the above mentioned countries to improve surveillance, and to continue monitoring rates of AMR among food animals.
The results of the study can be used to target interventions in hotspots where AMR is increasing or emerging, the researchers said.
The researchers urged that urgent action was needed in the hotspot regions as high AMR rates in food animals could negatively impact animal health and farmer productivity, as well as human health.
With increasing use of medically important antibiotics, the drugs could become less effective in the future for sick animals and humans who need them to survive, the researchers said. (agencies)