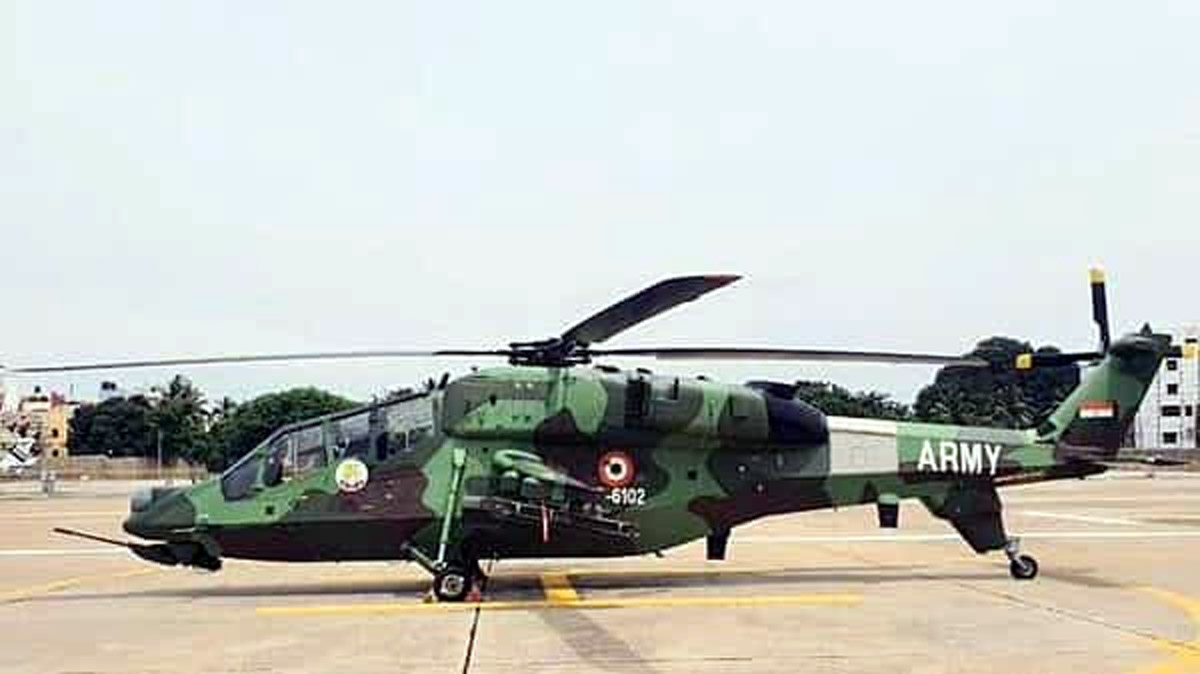 NEW DELHI, Oct 2: The Indian Air Force (IAF) will induct on Monday the first batch of indigenously-developed Light Combat Helicopter (LCH), in a boost to its combat prowess as the multi-role platform is capable of firing a range of missiles and other weapons.
The LCH, developed by state-run aerospace major Hindustan Aeronautics Ltd (HAL), has been primarily designed for deployment in high-altitude regions.
It will be inducted into the IAF inventory at a ceremony in Jodhpur in presence of Defence Minister Rajnath Singh and Chief of Air Staff Air Chief Marshal VR Chaudhari, officials said on Sunday.
The 5.8-tonne twin-engine helicopter has already completed various weapons firing tests, they said.
In March, the Prime Minister Narendra Modi-led Cabinet Committee on Security (CCS) approved the procurement of 15 indigenously developed Limited Series Production (LSP) LCH at a cost of Rs 3,887 crore.
The defence ministry had said 10 helicopters would be for the IAF and five will be for the Indian Army.
The LCH has similarities with Advanced Light Helicopter Dhruv. It has a number of stealth features, armoured-protection systems, night attack capability and crash-worthy landing gear for better survivability, officials said.
The LCH is equipped with requisite agility, manoeuvrability, extended range, high altitude performance and all-weather combat capability to perform a range of roles including combat search and rescue (CSAR), destruction of enemy air defence (DEAD) and counter-insurgency (CI) operations.
The helicopter can also be deployed in high-altitude bunker-busting operations, counter-insurgency operations in the jungles and urban environments as well as for supporting ground forces.
The helicopter can also be used against slow-moving aircraft and remotely piloted aircraft (RPAs) of adversaries.
Officials said it would be a potent platform to meet the operational requirements of the IAF and the Indian Army.
They said state-of-the-art technologies and systems compatible with stealth features such as reduced visual, aural, radar and IR signatures and crashworthiness features for better survivability have been integrated into the LCH for deployment in combat roles.
Several key aviation technologies like a glass cockpit and composite airframe structure have been indigenised, they said.
The future series-production version will consist of further modern and indigenous systems, they said.
The IAF has already accepted four LCH helicopters. The officials said IAF plans to procure more LCH in the near future.
“We are already working with DRDO and HAL to integrate new weapons on the helicopter,” said one of the officials.
The helicopter has been tested under stringent operating conditions including at sea level, in desert regions and in Siachen. In February 2020, it was declared ready for production.
The Army has a plan to acquire 95 LCH largely for a combat role in the mountains. (PTI)