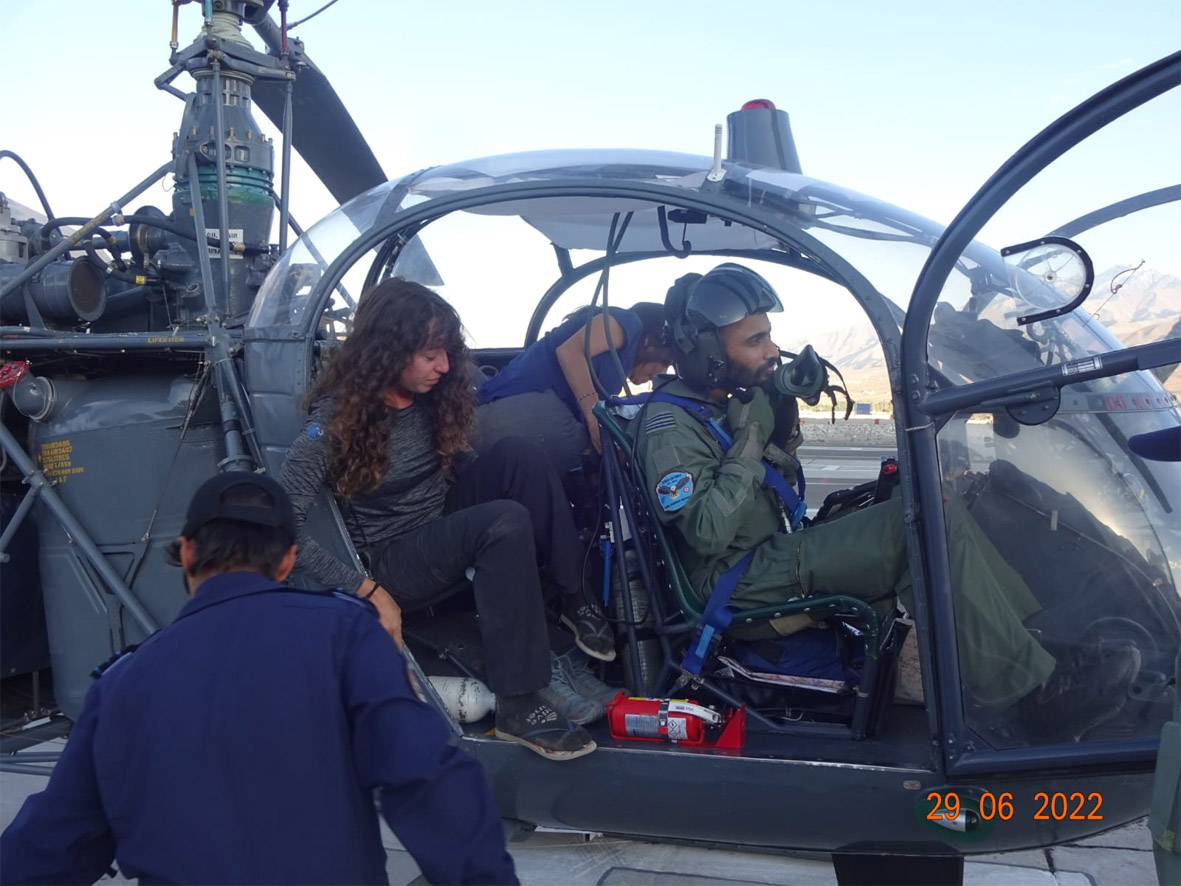 SRINAGAR, June 30: The Indian Air Force (IAF) rescued an Israeli national from the Zanskar area of Ladakh, officials said on Thursday.
The tourist was identified as Pnina Kuperman. She was in the area for trekking when she suffered breathing problems.
The Israeli national was evacuated by the helicopter unit of the IAF from a remote high-altitude village Hangkar. The rescue operation was carried out amid strong winds and adverse flying conditions.
Giving details of the operation, a defence spokesperson said, “On the evening of June 29, the pilots from the helicopter unit based at Air Force Station Leh, evacuated Pnina Kuperman, an Israeli national having difficulty in breathing, from a remote high altitude village called Hangkar in the Zanskar valley, braving strong winds & adverse flying conditions.”
The spokesperson said the patient was admitted to a local hospital and was stable now. (Agencies)