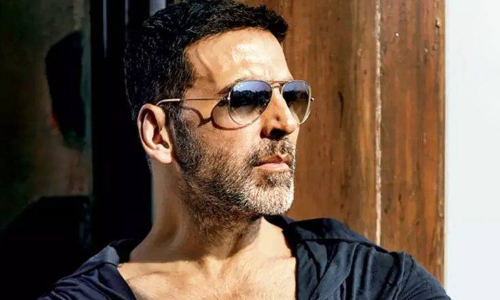 New Delhi, Dec 11: Superstar Akshay Kumar says filmmaker Aanand L Rai was initially hesitant to approach him for “Atrangi Re” as the film belongs to Sara Ali Khan and Dhanush’s characters.
Kumar, who recently delivered a box office hit with cop drama “Sooryavanshi”, said he was sold to the unique and extraordinary story that Rai was trying to present with “Atrangi Re”.
“This film basically belongs to Dhanush and Sara, they are the main leads. I have a special appearance in the movie. Rai was earlier confident that I will say no to the movie as it was a small role.
“But I loved the story, it really is an atrangi (extraordinary) story. I never imagined that someone could tell a love story in this way. So when I said yes to this, Rai was taken aback. He thought there was only one per cent chance that I would agree to do the movie and that’s what happened,” the 54-year-old actor said in an interview.
“Atrangi Re”, which marks Kumar’s first collaboration with Rai, is being touted as a twisted and complex love triangle.
The actor said he always liked the rawness of Rai’s cinema and that’s why he was also looking forward to working with the director, known for movies such as “Tanu Weds Manu”, “Raanjhanaa” and “Zero”.
“He makes films which are rooted in reality. His focus is never on the beauty of his characters, be it male or female. He tries to show the raw emotions of the characters and how close they are to real people,” Kumar added.
He believes that if “Atrangi Re” is able to click with the audiences, then the credit only belongs to Khan and Dhanush.
“This film will work only because of Sara and Dhanush. Sara is very professional and she is a director’s actor. I believe this is one of the best roles that she has ever done.
“Dhanush is a polished actor and a phenomenal artiste. He has done many films and his first Hindi movie ‘Raanjhanaa’ was a landmark movie. In this movie, he has performed really well,” Kumar said.
The actor said length of his role in a film has never mattered to him and be it a special appearance in home production “Oh My God” or a small part in “Naam Shabana”, he has always aspired to present something unique to the audience.
“It has always been my practise that I don’t look at the length of my character and instead choose a project that present something new and unique to the audiences.
“It’s not like that I consciously decide to do a different movie of a different genre after one movie. I always go by my instincts. Whether it is an action role, superhero part, action guys, psychopath, villain, cameo role, character role or any other part. If I like a story and character, then I will do it.”
Kumar asserted that he has a hunger to work with new talent and new filmmakers.
“There is a greed for new kinds of roles and the script that comes in. The greed of new directors that I get to work with. Whenever I sign a new film, there is this hunger inside me that I have to give my best to it,” he added.
Ever since the trailer came out, there have been voices critical of the age gap between Khan and her co-actors.
As an actor, Kumar said he never thinks about the age difference between him and his co-stars.
“I don’t have to think about it. These kinds of things only people here can think about. It doesn’t happen anywhere else. Whether it is Hollywood films or any other film from any part of the world, this type of thinking thoroughly happens here.”
Produced by Bhushan Kumar, Rai’s Colour Yellow Productions and Kumar’s Cape Of Good Films, “Atrangi Re” will release on December 24 on Disney+ Hotstar. (Agencies)