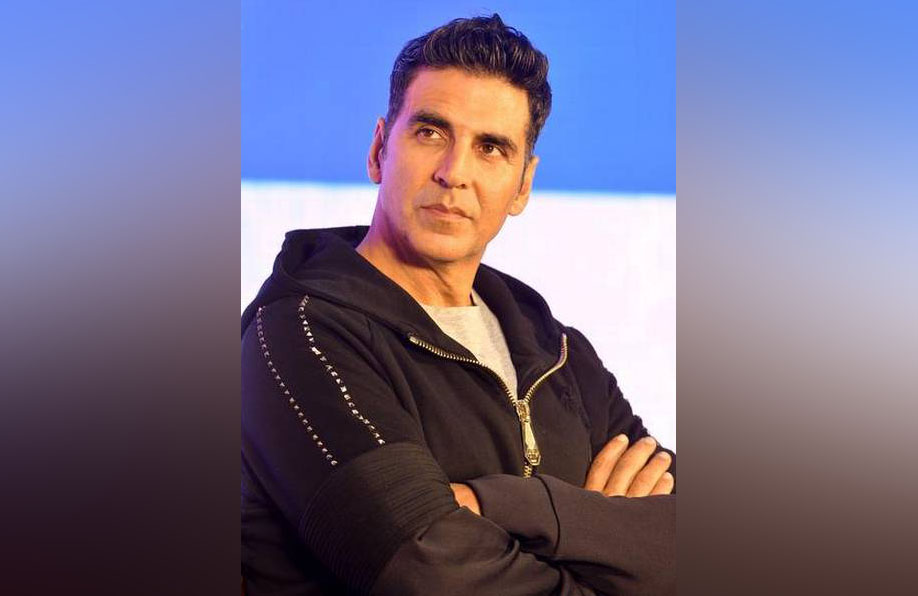 Superstar Akshay Kumar says he doesn’t believe in taking the burden of performing at the box office as his sole focus on a Friday is to deliver a good film that will make his fans happy.
Kumar’s 2021 Diwali release “Sooryavanshi” emerged as the biggest hit of the Hindi film industry in two years.
The film, which clocked nearly 200 crore amid the pandemic and with theatrical restrictions, furthered his track record at the box office after recent successes like “Good Newwz”, “Housefull 4”, “Kesari” and “Padman”.
Trade experts have already set their expectations on his latest action-comedy “Bachchhan Paandey”, hoping that the film would break the box office records when it opens in cinemas on March 18.
In an interview , Kumar said he is not exactly zen-like before a release, but he also doesn’t lose his mind over a film’s prospect.
“It isn’t that I am completely chill. I do feel the pre-release anxiety, which should be there. The pressure of the result is there, if the audience will like my work, like the film, that’s there. But there’s something I follow since I started working in the industry.
“If a film doesn’t work, I feel terrible the next day and then in two days, I’ll move on to some other film. Some people start brooding, thinking, ‘Why did the film not work?’ I don’t do that,” the 54-year-old actor said.
Kumar said the way to get out of the loop of failure and success, is to simply move on.
“You’ve to forget what you’ve done, even if it has been successful, and start afresh. I don’t carry the burden of the box office, not at all, I’ve never had that. My fans love me, irrespective of whether my films work or not. They know me. They watch my films, they love me a lot,” he added.
Produced by Sajid Nadiadwala, “Bachchhan Paandey” is mounted as a true-blue Hindi masala film, where Kumar’s titular gangster is aided by action, romance, music and an ensemble of other actors— Kriti Sanon, Jacqueline Fernandez and Arshad Warsi.
For many, the film, directed by Farhad Samji, serves as a reminder of the genre Bollywood used to make.
Kumar said the Hindi film industry functions on one primary factor: Makers will back what is in vogue and everyone will follow suit.
“We have a herd mentality here. If socially relevant films work, then everyone starts making that. If a ‘masala’ film works, then 10 such would be announced. So this ‘bhed-chaal’ (herd mentality) is a huge thing here.
“Everything also has a season. According to me, now will be the season of such (masala) films, but may be they’ll fade in a year or two”.
The observation about the lack of ‘masala’ Hindi films is amplified when one puts in context the blockbusters down South.
Some of last year’s biggest hits were Tamil films “Master” and Allu Arjun starrer “Pushpa”, leading many in the trade to pit the Hindi film industry against its southern counterparts.
But Kumar said he doesn’t view it like that.
“They say it’s competition but there’s nothing like that. Our films go there, their films release here. Soon, you’ll see actors from South and North collaborate and work, there’ll be a big pan-India film which will be successful across. This will definitely happen now, and it’ll be good,” he added.
Kumar isn’t new to the action genre which “Bachchhan Paandey” promises his fans to be.
The actor was one of the biggest action stars of the 90s, who, in 2000, switched to comedies, then to comedy drama and in the last decade, headlined both, socially relevant films and massive commercial entertainers.
His need to reinvent, Kumar said, dates back to a life-changing moment in his career.
“I got a jolt in my life once. When I came into the industry, i was only doing action movies. I’d wake up, jump from this building, do that stunt, hang from a helicopter. Then I’d go backe home, sleep, and wake up to the same loop. I did this for ten years, then one day I entered my lift and saw myself in the mirror.
“I thought, I’m going to do the same thing. Mujhe apne aap pe ghin aayi, ki sivaaye action ke, main kuch nahi kar sakta (I felt repulsed that I can’t do anything other than action). Few days later, I met Priyadarshan. He asked me if I’d do a comedy film. I said I will and got ‘Hera Pheri’. From then on, I kept changing myself, reinventing myself,” he added.