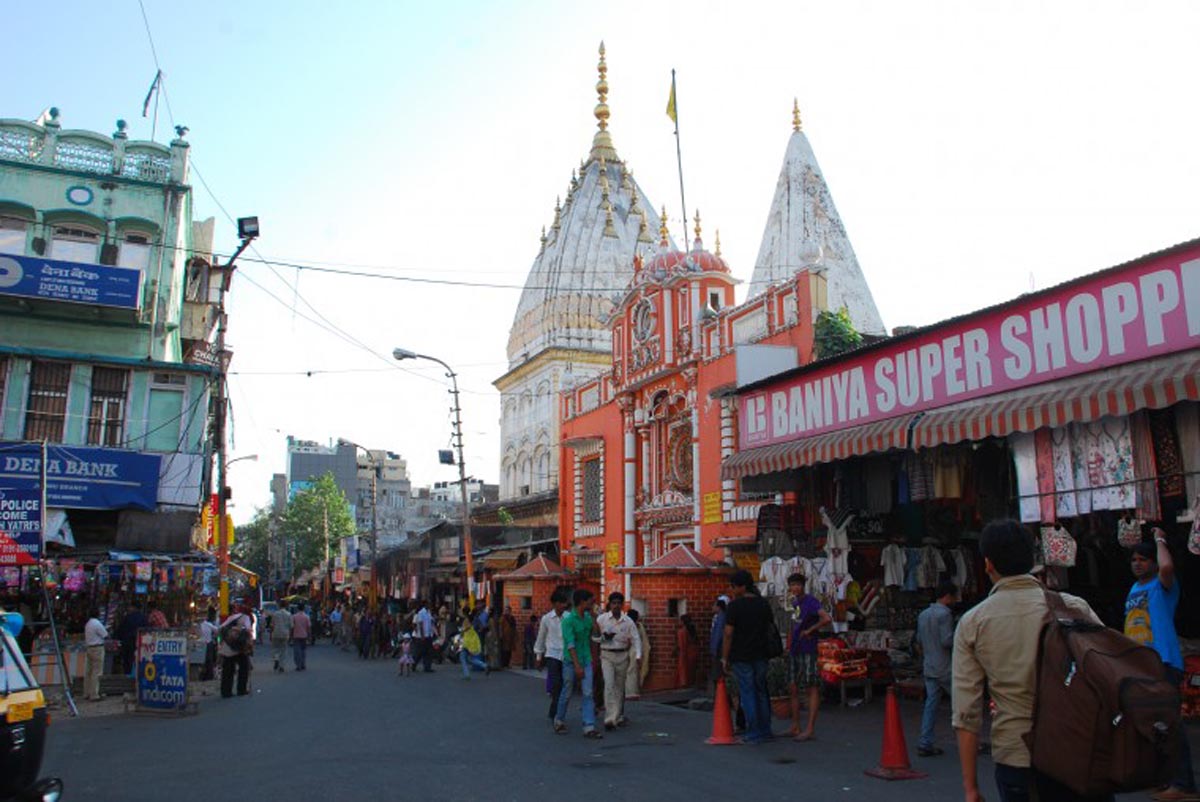 JAMMU, Sept 23: Notwithstanding much hype being created by politicians and bureaucrats, no funds have so far been earmarked for Phase-II of the Raghunath Bazar Development Project, which is aimed at turning area into heritage entity to attract tourists in large number and give boost to religious tourism.
Official sources told EXCELSIOR that development of Raghunath Bazar as heritage area was flagged as priority by the successive State Governments and after much hype some works in the shape of installation of ornamental poles and covering of footpaths with red-stones were carried out through the Tourism Department few years back.
Later, all these works were found to be of not much importance to make Raghunath Bazar as heritage area in real sense and accordingly thrust was laid on preparation of Detailed Project Report (DPR) for Phase-II.
After detailed exercise the DPR for Phase-II which included City Chowk and Shahidi Chowk areas was prepared and discussed at various levels in the Government for proceeding ahead. Thereafter, the need was felt for incorporation of some more components in the project with historic Raghunath Temple as the centre-stage.
During the District Development Board meeting of Jammu district held on July 26, 2018, the then Governor N N Vohra was given detailed presentation about the Phase-II of the Raghunath Bazar Development Project and accordingly instructions were issued to the Tourism Department for early submission of DPR.
Though the DPR for Phase-II has been submitted to the senior authorities of the Tourism Department, who are learnt to have forwarded the same to the Planning, Development and Monitoring Department, yet funds have not been earmarked for the project so far, sources informed, adding “due to the prevailing situation the much-hyped project has remained confined to the papers only”.
“Delay in earmarking of funds for the Phase-II is notwithstanding the fact that it is aimed at turning the area into vehicle free zone and introduction of battery operated cars for those visitors who are otherwise not able to walk the distance”, sources said, adding “under the Phase-II uniform colour and general face lifting to the market in the entire belt has also been proposed”.
Moreover, putting up of water ATMs at reasonable distance and landscaping/reconstruction of City Chowk and Shahidi Chowk areas by way of installation of clock tower and remodelling of fountain have also been proposed under Phase-II of the much talked about project.
Thrust has also been laid on underground cabling of the electricity and telephone wires and installation of arcades at Raghunath Bazar and Shahidi Chowk to identify the beginning and end of pedestrian walkway and traffic free zone in the circuit, sources informed.
Moreover, open amphitheatre and musical fountain and laser show inside the Raghunath Temple have been proposed under the second phase of the project besides illumination of entire Raghunath Bazar, covered corridor on both sides of the bazaar, bio-toilet, CCTV surveillance and road clearing van.
“All these aspects indicate that if the Phase-II is executed Raghunath Bazar and adjoining City Chowk and Shahidi Chowk will give a look of heritage entity but delay in earmarking of funds has clearly established that due importance is not being given to the project”, sources regretted, adding “due to the prevailing situation the people have doubts whether the dream being shown to them during the past several years will actually become reality”.
When contacted, an officer associated with the project said on the condition of anonymity that an amount of Rs 14.55 crore is required for Phase-II of the project and unless source of funding is identified no activity can be started on ground.
In response to a question, he said, “the works under Phase-I were not executed in a planned manner as a result of which they are not discernibly visible to the tourists”, adding “under Phase-II all aspects relating to giving heritage look to the entire circuit have been taken care of”.
“Some works executed under Phase-I are also required to be altered as they are creating difficulties for the shopkeepers in the area”, he further said.