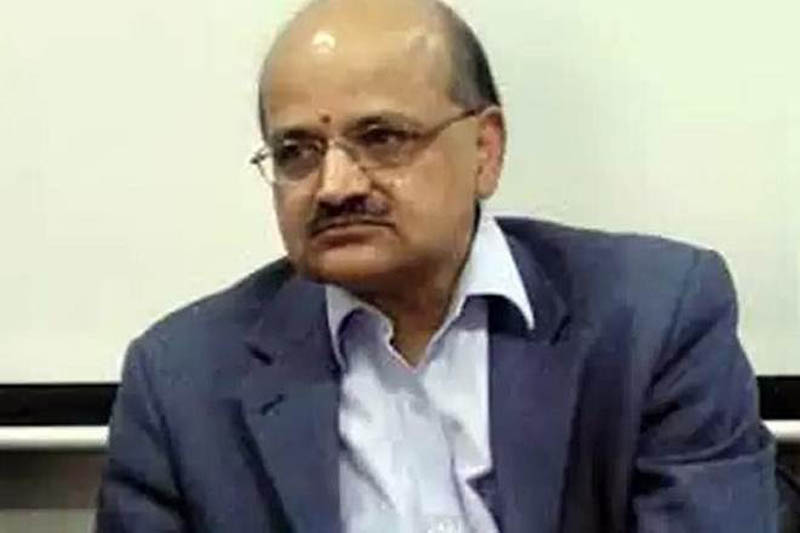 JAMMU, Sept 14: To ensure that all legal formalities are completed well before October 31, 2019 when Union Territory of Jammu and Kashmir and Union Territory of Ladakh will be formally established as per the provisions of Jammu and Kashmir State Reorganization Act, Chief Secretary BVR Subrahmanyam has directed all the Administrative Secretaries to remain stationed at Srinagar.
Official sources told EXCELSIOR that in a recent meeting of the Committee of Secretaries chaired by Chief Secretary BVR Subrahmanyam, deliberations were held on huge quantum of work relating to amendments to various Acts, which is required to be completed in a time bound manner.
Accordingly, the Chief Secretary directed all the Administrative Secretaries to remain stationed at Srinagar at least up to September 30, 2019 and not to leave the headquarters without his permission except for day trips with no night halts. Even a formal communication in this regard has been issued by the General Administration Department.
As per the Jammu and Kashmir State Reorganization Act, 2019 passed by the Parliament early last month, a total of 106 Central Laws will be applicable to Union Territory of Jammu and Kashmir and Union Territory of Ladakh and omission of relevant Sections which prevented extension of these laws to State of Jammu and Kashmir has already been ordered by the Union Ministry of Home Affairs.
However, the statue books are required to be updated by the Department of Law, Justice and Parliamentary Affairs by mentioning all these Central Laws so that concerned Government departments don’t face difficulties in implementation of these laws from October 31, 2019 onwards, sources said.
Moreover, there are several State Laws which shall be applicable to both the Union Territories but with amendments suggested in the Jammu and Kashmir Reorganization Act, 2019, they further said.
Some of these State Laws are the Transfer of Property Act, the Jammu and Kashmir Alienation of Land Act, the Jammu and Kashmir Big Landed Estates Abolition Act, the Jammu and Kashmir Land Grants Act, the Jammu and Kashmir Agrarian Reforms Act, the J&K Cooperative Societies Act and most importantly the Jammu and Kashmir Reservation Act. Unlike other Acts, in the J&K Reservation Act, several amendments are required to be made in different Sections.
All these laws will be amended in consultation with the Administrative Secretaries of the concerned departments and thereafter the draft amendments will be placed before the Governor for approval as in the absence of Legislative Assembly the Governor assumes the powers of the Legislature, sources further said.
“The statute books are also required to be cleansed of 153 State Laws and 11 Governor’s Acts, which were enacted from time to time but have been repealed under Jammu and Kashmir State Reorganization Act, 2019”, they said, adding “unless this exercise is done there will be enough chances for confusion among the departments following formal establishment of two Union Territories”.
Pointing towards several State Laws, which will remain applicable either without amendments or with amendments, they said that though these laws were enacted from time to time but no seriousness was shown towards framing of their Rules, which otherwise is an imperative exercise for their proper implementation/ enforcement, adding “the Chief Secretary wants this vital exercise to be conducted as early as possible for smooth implementation of laws”.
“Moreover, there are several Central Laws, which empower the Government to frame Rules and this process is also required to be conducted in a time bound manner so that there remains no confusion at the stage of implementation/enforcement”, sources said.
After completion of all legal formalities, the Governor, by notification in the Official Gazette, specify the authority, who on or after the appointed day, shall be competent to exercise such functions exercisable under any law in force on that day as may be mentioned in that notification and such law shall have effect accordingly.
Moreover, as per the provisions of J&K State Reorganization Act, every proceeding pending immediately before the appointed day before a court (other than High Court), tribunal, authority of officer in any area which on that day falls within the State of Jammu and Kashmir shall, if it is a proceeding relating exclusively to the territory, which as from that day are the territories of any Union Territory, stand transferred to the corresponding court, tribunal, authority or officer of that Union Territory.
“Relevant exercise in a time bound manner is also required to be conducted for transfer of such pending proceedings”, sources further said.