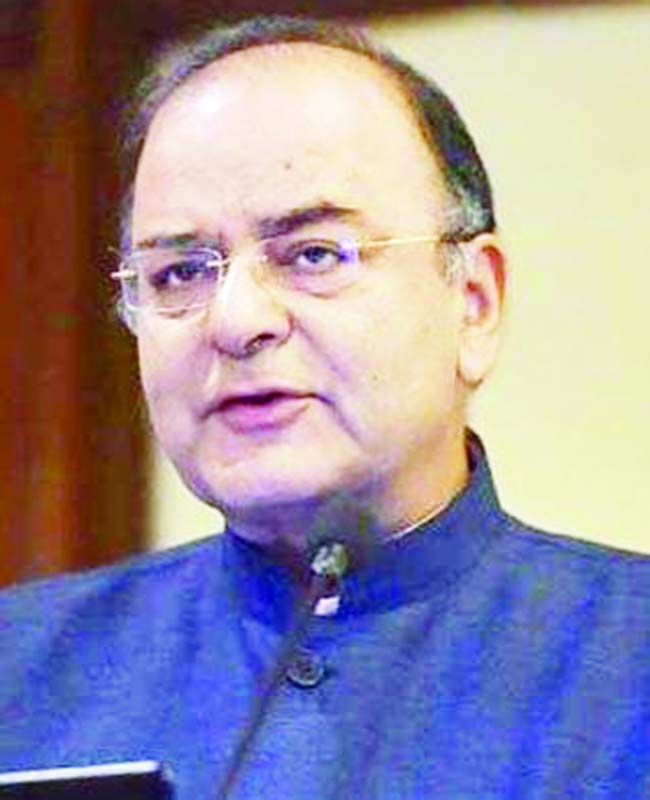 NEW DELHI, Sept 23: Ruling out scrapping of the Rafale jet deal, Finance Minister Arun Jaitley Sunday said former French President Francois Hollande contradicted himself and neither the Indian nor the French government played any role in selection of Reliance as offset partner by Dassault.
A political controversy has erupted over Hollande’s statement that the Indian government wanted the Anil Ambani-led Reliance Defence to be chosen as offset partner of Dassault, the manufacturer of the fighter jets.
The opposition Congress party has raised fingers at Prime Minister Narendra Modi and demanded resignation of Defence Minister Nirmala Sitharaman.
Jaitley, in a television interview, said there appears to be some ‘jugalbandi’ (connection) between the statements of Hollande and Congress President Rahul Gandhi.
“I am surprised…On August 30, he (Gandhi) tweeted that bombs are going to explode in France (over Rafale deal). How he came to know about that?
“Though I do not have any proof of this jugalbandi, but this creates suspicion in mind…There is definitely something … A statement comes (from Hollande), then it is contradicted. But he (Gandhi) predicted this to happen 20 days in advance,” he said.
Jaitley added that there is no question of scrapping the Rafale jet fighter deal as it is meant to meet the needs of the country’s defence forces. “Koi prashna nahi uthta. Ye fauz ki avashaktya hai. Ye desh mei ana chahiye, aur ye ayega. (No question of scrapping the deal. These (jet fighters) are needed by the defence forces. They should come and they will come),” he said when asked whether the government could cancel the deal in view of the forthcoming general elections in 2019.
Earlier in a Facebook post titled ‘A Questionable Statement Which Circumstances & Facts Demolish’, Jaitley wrote: “The former French President’s first statement rhymes with Rahul Gandhi’s prediction.”
The Minister also accused the Congress party leaders of using vulgar language and said public discourse is not a “laughter challenge”.
“I have said how public discourse should be. It is not a laughter challenge. You go and hug someone, then you wink, utter lies 4-6-10 times. Your words should reflect intellect. Vulgarity and abusive language does not suit the world’s largest democracy,” he added.
Jaitley said a controversy is sought to be created on the basis of a statement made by Hollande that the Reliance Defence ‘partnership’ with Dassault Aviation was due to the suggestion of the Indian government.
“He (Hollande) has, in a subsequent statement, said that he is ‘not aware’ if Government ever lobbied for Reliance Defence and that ‘the partners chose themselves’. Truth cannot have two versions,” the minister said.
Referring to Hollande’s remarks, Jaitley said: “The French Government and M/s Dassault Aviation have categorically denied the correctness of the former President’s first statement.
“The French Government has stated that the decision with regard to the offset contracts of Dassault Aviation are taken by the company and not the Government. Dassault Aviation itself has suggested that they have entered into multiple contracts with several public sector and private sector companies with regard to the offset contracts and the decision is entirely theirs.”
As per the second statement of Hollande, Dassault and Reliance selected themselves as partners, the minister said.
“This contradicts his first questionable statement which the French Government and Dassault have denied. The facts contradict the same. His second statement in Montreal, Canada to AFP (news agency) makes the veracity of his first statement even more questionable,” he added.
Hollande was the French president when the Rs 58,000 crore deal for buying 36 Rafale jets was signed in 2016.
Hollande’s comments gave fresh ammunition to the opposition, with Rahul Gandhi making one of his sharpest attacks on Prime Minister Narendra Modi on the issue, alleging the remarks showed there was “clear-cut corruption” in the deal and he must clarify whether the former French president was “lying”.
“Now, what the ex-president of France is saying is that the prime minister of India is a ‘thief’. That is what this (Hollande’s) statement is saying,” Gandhi told a press conference Saturday while asking Modi to come clean on the matter. (PTI)