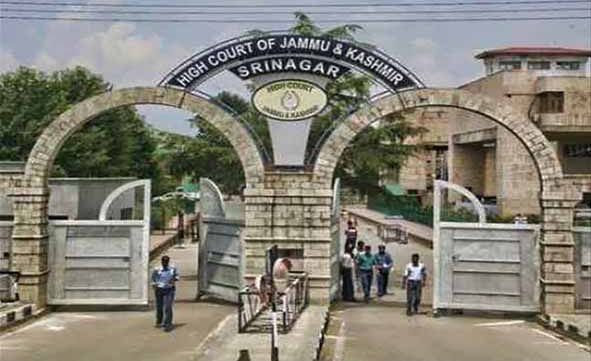 Excelsior Correspondent
SRINAGAR, Jan 27: The High Court today sought response to the status report filed by the Government about Standard Operating Procedure for hassle free movement of patients care ambulances in the time of need and while transporting the patients to and fro to the hospitals.
The Division Bench of Ali Mohammad Magrey and Justice D S Thakur today granted time as sought by the amicus to the PIL to respond to the status report filed by the Commissioner Secretary, Health and Medical Education department with regard to hassle free movement of patient care ambulances in the Union Territory of J&K.
Apart from the Health Department, Department of Transport, Director Health Services Jammu, DGP, IGP and Transport Commissioner has to respond to the petition with regard to issue of free movement for the ambulances in the UT.
Appearing counsel Shah Amir (AAG) for the Health department informed the bench that steps have been taken to take into consideration the issues taken in the petition and the court will be apprised further in this regard on next date. He has submitted before the court that the department has explained in the status report as to what steps have been taken to tackle with the issue.
Court in this view granted time to petitioner counsel and asked him to file the response to the status report of the Health Department by next of hearing. Direction is sought  to the respondents to immediately implement traffic advisory issued by the Traffic Police department.
Also directions are sought for equipping all the hospitals, rural and urban, with modern high technology patient care ambulances with trained drivers.
“Direct respondents to remove old and unequipped ambulances from the fleet  being run and operated by the respondents unless the same are certified to be fit for usage by the competent authority”, the PIL read.
It is further prayed that authorities be directed  to establish   traffic junction module for better patient transport management, install GPS system in ambulances, establish control rooms where ambulance drivers across State can coordinate with the traffic police for clear passage of ambulances.