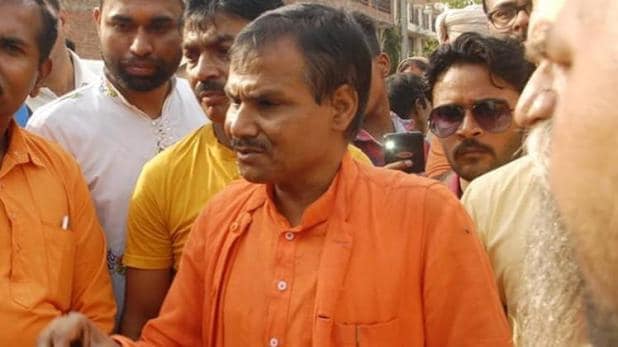 LUCKNOW: Gujarat connection has emerged in the gruesome killing of Hindutva leader Kamlesh Tiwari in the state capital on Friday even as the family members alleged hands of a BJP leader of Sitapur and two Muslim clerics.
The UP government is set to hand over the case to the National Investigation Agency(NIA) as the murder is linked with foreign connection and could be a terror act.
UP had already set up a SIT headed by a IG rank officer to track the criminals.
Tiwari’s body was taken to his ancestral house in Mahummadabad area of Sitapur late on Friday night after post-mortem amid protest by his supporters at few places in Lucknow.
However, police sources said that it has now been confirmed that the shooters were from Surat in Gujarat after several evidences, including purchase of sweets and other CCTV footage, were found.
“It is reported that one Rashid Pathan, based in Dubai, gave the contract to kill Tiwari for his derogatory remarks against Prophet Mohammad to two shooters—Ashfaq and Moinuddin to kill Kamlesh Tiwari for his derogatory remarks against Prophet Mohammad. The shooters purchased a box of sweets on October 16 in which they kept the pistol and reached Lucknow by train. They reached Kamlesh’s residence and tried to shoot him but the pistol failed hence they stabbed him to death and fled. They also wore saffron kurtas to hide their identity as Muslims And talked with Kamlesh for around 30 minutes before killing him,” the sources said.
An official statement on the issue would be made by the DGP O P Singh later in the day.
Sources said that the conspiracy was hatched two months back in Dubai by Rashid and thereafter, he fixed October 18 as the date of the killing and made all arrangements.
On the other hand, a Muslim cleric Maulana Anwarul Haq has been detained by police, who had announced a reward of Rs 51 lakh on the head of Tiwari for his comment against Prophet Mohammad in 2015. Earlier, the wife of the slain leader had filed FIR against the detained Maulana and one another, based in Bijnore district.
However, in a new twist, Tiwari’s mother had accused BJP leader Shiv Kumar Gupta of her son’s murder. Tiwari was a native of Mahmudabad area of Sitapur district in Lucknow.
When questioned about who she thought was responsible for Tiwari’s murder, she said, “It is Shiv Kumar Gupta, a leader of Bharatiya Janata Party. I requested the police to call Gupta and question him but my request was not heeded to. Shiv Kumar Gupta lives in Thatheri and is a mafia who has over 500 cases against him. He had taken over as the president of local temple and killed my son over a dispute regarding construction of the structure.”
Tiwari’s wife had blamed two ‘Maulanas’ from Bijnor for his death. The ‘maulanas’ – Mohammad Mufti Naeem and Anwarul Haq – had announced a bounty on Tiwari’s head for his alleged derogatory remarks a few years ago. Tiwari’s wife said the two had conspired to kill the leader of the little-known Hindu Samaj Party who was also a former leader of the Hindu Mahasabha. Both have been booked under Sections 302 (punishment for murder) and 120-B (punishment of criminal conspiracy) of the Indian Penal Code, said a police officer.
However, the police have claimed that Friday’s murder was “purely criminal” in nature and committed by two persons who seemed to have been known to Tiwari as they had sat down for a cup of tea before stabbing him.
Lucknow Senior Superintendent of Police (SSP) Kalanidhi Naithani said, “The two persons had come to visit Tiwari and interacted with him for about half-an-hour on the first floor of his house in the Naka area.
“Apparently after having tea, the duo attacked Tiwari and left the place. He was then rushed to the hospital where he was declared dead. Various police teams have been deployed to nab the culprits and details about the two individuals are being looked into. All the points are being investigated and the culprits will be nabbed soon. As per preliminary information, it seems the two men were known to Tiwari.”
A Special Investigation Team, headed by Inspector General (Lucknow) SK Bhagat, will look into the case.
According to available CCTV footage, two men, wearing saffron kurtas, were seen going towards Tiwari’s residence. The police said Tiwari was already provided security and one of the guards stationed outside his house had allowed the two accused inside after receiving confirmation from the leader.
Director General of Police OP Singh said the Special Task Force (STF) has been deployed and the case will be cracked soon. “It is a purely criminal activity and we are working on it,” he said. “Initially, there was a small law and order problem, but the situation is now under control and our officers have reached the spot. I am sure within 48 hours, we will be able to nab the criminals and will ascertain the reasons behind the murder.”
(agencies) 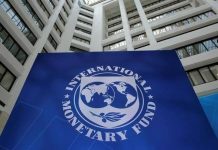 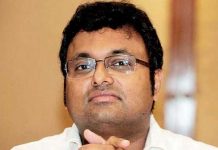 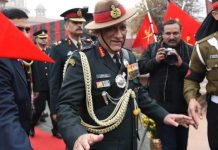 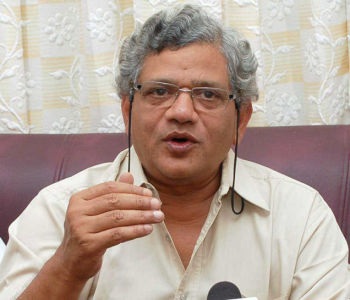 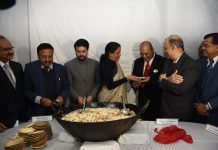 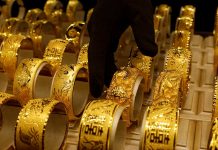