Irfan Tramboo
Srinagar, July 10: While the State is facing an acute shortage of dental surgeons, the Government is sitting on the creation of more than 500 posts that were proposed by the Directorate of Health Services for last more than one year.
An official in the Health Department said that after reaching the final stage, the file has been returned to the Directorate, asking them to reduce the number of posts and resubmit it in concurrence with the need.
The file was made to do rounds of Government offices since the proposal was submitted. However, it was returned to the Directorate directing a decrease.
“It will be reduced from 587 posts to merely few posts; the file has been sent back for the resubmission,” the official said, adding that it will now take some more time for the proposal to be submitted.
In early 2018, the Directorate, keeping in consideration the dearth of dental surgeons in the State, had submitted a proposal of 587 posts to be created. However, the officials said that the file has been returned several times since its submission on one pretext or the other.
Interestingly, there has been no creation of posts for last more than 10 years and the proposal was first of its kind in a decade. The Government has last created the posts for the Dental Surgeons way back in 2008, turning a blind eye towards oral healthcare in the State.
Director Health Services, Dr Kunzes Dolma said that she was not aware of the present status of the file. “I can’t tell you like this, I don’t remember, I am actually busy with the yatra,” she told Excelsior.
However, another official told Excelsior that the new proposal-after the earlier one was sent back for the resubmission-of around 400 doctors has been framed. “Another proposal from Kashmir for 405 doctors is being framed afresh,” the official said.
President Society of Dental Surgeons J&K, Dr Imtiyaz Banday said that the State is already having more than 4000 unemployed dental surgeons and the Government should do something in taking care of oral health in the State or otherwise should shut the Dental Colleges.
“Every year dental surgeons come out of colleges, which adds to the already unemployed pool of such doctors. If the Government is not willing to do anything, then they should shut all the dental colleges,” he said.
While the Government appointed more than 1000 Medical Officers recently, the rules and regulations say that there has to be a dental surgeon alongside a medical officer at every health facility. The proposal also suggests that while new Medical Officers were appointed in New Type Primary Health Centers (PHCs) “it will be for the betterment of patient care if Dental Surgeons are also posted there,” it said.
“It is important to mention here that 90% – 95% of the patient load in J&K is on Government hospitals. Moreover, many of the oral health procedures are costly when it comes to the private sector as a result of which most of the patients end up seeking treatment from quacks. This has lead to improper oral healthcare and increased surge in blood-borne diseases,” the proposal reads while justifying the creation of posts. 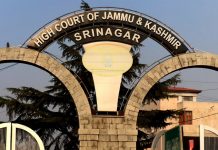 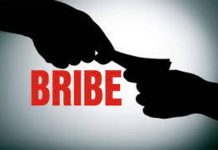