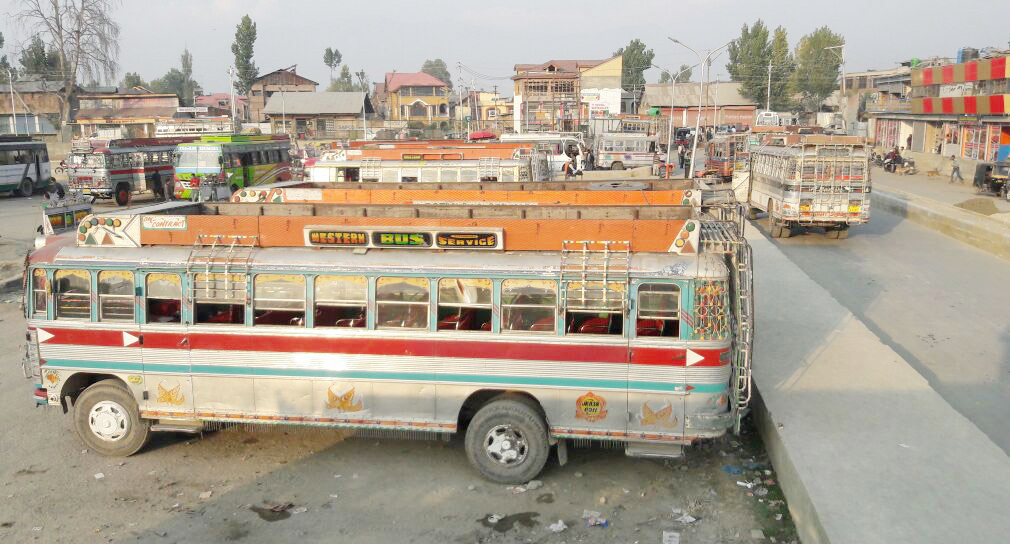 Excelsior Correspondent
JAMMU, Nov 20: The Government today formally accorded sanction to the introduction of ‘Jammu and Kashmir Transport Subsidy Scheme’ for replacement of 15 year old buses with Rs 5 lakh subsidy to transporters.
The order issued by the Principal Secretary Transport Department Dr Asgar Hassan Samoon said the scheme is to provide impetus to the public transport by providing subsidy to the transporters for introducing new eco-friendly fuel efficient buses compliant to BS-IV and above norms.
Dr Samoon also said it will ensure optimum usage of available road space by transporting maximum number of people per unit of road space which would obviate the problem of congestion, traffic jams and pollution.
The scheme is also intended to help in curtailing rising car ownership, problem of vehicle parking and reduced road space, he said.
Notably, Rs 25 crore have already been earmarked for the purchase of old buses by private players in 2019-20 Budget. The amount of subsidy would be Rs 5 Lakh per Bus.
The order read that the scheme may be extended to mini buses/matadors in near future.
To ensure transparency, open advertisement will be issued for calling interested operators to avail subsidy.
“The subsidy needs to be provided to only those who are in need of loan to raise capital. State Pollution Control Board will certify age of the vehicle. J&K Bank will be one of the banks that may provide loan to the operators besides banks shall make the payment to OEM along with subsidy,” the scheme read.
The scheme also comes with a rider for the beneficiary operators that they must ply these vehicles on identified routes for 5 years for which concerned RTOs will file compliance report after every six months.
“The beneficiary operators have to ensure that vehicles clear Government fees, including Token tax, Passenger tax, Fitness Fees, Permit Fee, bank liability etc besides the vehicles should have a valid permit renewed up-to-date along with insurance certificate,” as per the scheme.
According to the scheme, for availing the subsidy, the concerned officers would be required to condemn the vehicle and get it scrapped and only after deregistration of vehicle they shall be allowed to avail the subsidy.
The scheme also stated that applicants shall be allowed three months to purchase the vehicles after entering into loan agreement with the concerned bank and subsidy component shall be transferred to the bank on capital investment for subsequent payment.
For periodically reviewing the working of the scheme, a Committee will be formed with Principal Secretary Transport as Chairman, Transport Commissioner J&K as member, RTO Jammu and RTO Kashmir as Member Secretaries for Jammu and Kashmir division respectively.
The mandate of the Committee would be to identify and finalize the list of beneficiaries besides deciding under the scheme any class of public service vehicle like diesel driven Matadors/Mini buses plying in the twin-capital cities of Jammu and Srinagar.
According to the scheme, a sub-committee with Transport Commissioner as Chairman, Director Motor Garages, Managing Director JKSRTC as members besides RTOs of Srinagar and Jammu and Member Secretaries respectively would ensure that existing 15 years old buses are not used and allowed plying in Union Territory and are scrapped by the transporter in their presence within stipulated time.
Notably, the innovative scheme conceptualized by Dr Samoon has futuristic objectives of promoting clean technology besides obviating traffic jams.