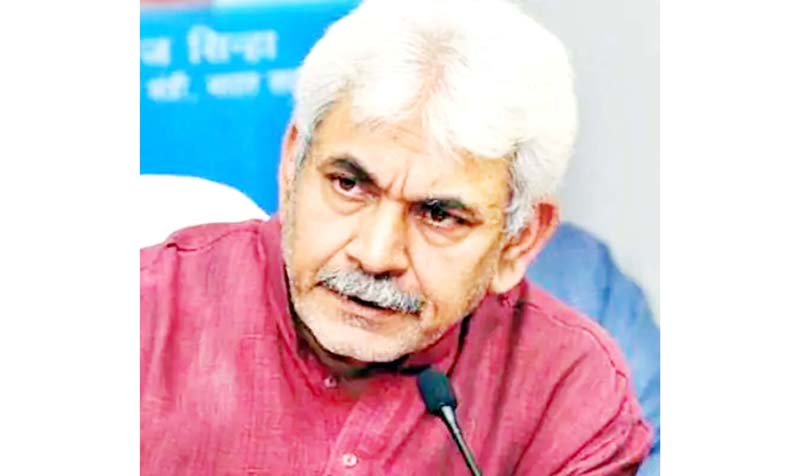 All major Distts to get benefit of new Scheme

Excelsior Correspondent
JAMMU, July 19: There has been massive response to new Industrial Policy in Jammu and Kashmir from investors across the country and abroad prompting the Union Territory Government to revise investment target of Rs 30,000 crore to Rs 50,000 crore and five lakh jobs to seven lakh.
“There has been encouraging response to the Industrial Policy. The Department of Industry and Commerce has already signed many Memorandums of Understanding (MoUs). And the process is on notwithstanding the fact that the country including Jammu and Kashmir faced severe second wave of COVID-19 during past about four months,” official sources told the Excelsior.
They anticipated that the response to investments in Jammu and Kashmir by the Industrial Houses is expected to go up now as COVID situation has eased across the country
As per the sources, the Jammu and Kashmir Government has set a target of investments through new Industrial Policy ranging between Rs 25,000 cr to Rs 30,000 crore but going by the encouraging response, the Government has revised the target to Rs 50,000 crore.
“We had anticipated that industrial investments will fetch five lakh jobs in Jammu and Kashmir. Now we are expecting that new Industry will generate at least seven lakh jobs,” they said, adding the revised targets in terms of investments and jobs were based on the response the Industrial Policy has drawn not only across the nation but also abroad.
The Jammu and Kashmir Government, according to sources, expects that the process of investments under the new Industrial Policy will be completed in about two-year time.
The Government started getting response as soon as new Industrial Policy was unveiled by Lieutenant Governor Manoj Sinha after being approved by the Union Cabinet.
“There were many big names in the list of proposed investors,” sources pointed out and said the Government is engaged in clearing proposals on the basis of merits followed by signing of MoUs.
On Industrial Summit, which was scheduled to be held in April 2020 but was deferred as COVID pandemic set in across the country including Jammu and Kashmir, sources said that a decision on whether to hold the Summit or not will be taken once the COVID conditions further eased after August 15.
In early part of 2020 before COVID spread, the Government had decided to hold two-day Industrial Summit in the Union Territory-one day each in Jammu and Kashmir divisions. However, the Summit was deferred as COVID cases started surging.
The Government had also organized number of road shows in metro cities including Mumbai, Kolkata, Chennai, Bangalore etc to attract investments in Jammu and Kashmir. Industrialists from several foreign countries have also approached the J&K Government for investments.
Sources said the Industry will be allotted land for investments in such a way that most parts of Jammu and Kashmir are benefited by the Industrial Policy and not just capital cities of Jammu and Srinagar.
The Industrial Policy provides for capital investment incentive at the rate of 30 per cent in Zone-A and 50 per cent in Zone-B on investment made in plant and machinery (in manufacturing), or construction of building and other durable physical assets (in service sector).
Zone-B includes far-off areas and will receive higher incentives so as to ensure equal opportunities of growth in far-flung areas and major towns.
The smaller units with an investment up to Rs 50 crore will be eligible for the incentive, sources said, adding that the maximum incentive available in Zone-A areas is Rs 5 crore and in Zone-B areas Rs 7.5 crore.
The scheme provides for 6 per cent capital interest subvention for a maximum of seven years on loans up to Rs 500 crore for investment in plant and machinery (in manufacturing), or construction in building and all other durable physical assets (in service sector) for 10 years.
It also provides for a GST-linked incentive as per which financial incentive will be based on Gross GST to ensure less compliance burden without compromising on transparency. This will incentivize output up to 300 per cent of the eligible value of actual investment made in the plant and machinery (in manufacturing), or construction in building and all other durable physical assets (in service sector).