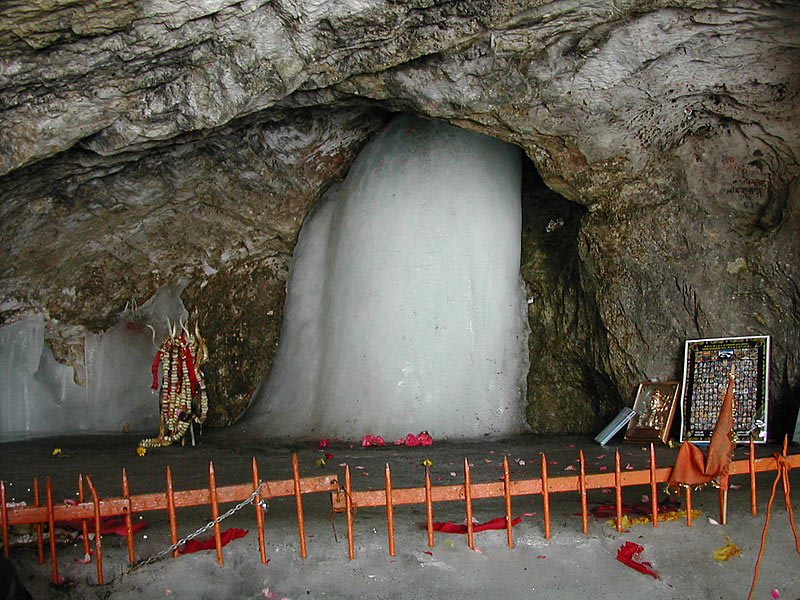 All liabilities to be cleared by March 2023

Excelsior Correspondent
JAMMU, Sept 6: In a significant decision, the Government today handed over twin tracks leading to holy cave shrine of Shri Amarnath Ji from Baltal in Ganderbal district and Chandanwari in Anantnag district to the Border Roads Organization (BRO) for development, maintenance and management.
An order to this effect was issued today by Principal Secretary to Government, Public Works (R&B) Department Shailendra Kumar based on minutes of the meeting which cleared the proposal.
The Government has accorded sanction for transfer of Chandanwari- Sheshnag-Panchtarni-Holy Cave and Baltal-Holy Cave tracks to the BRO for development, maintenance and management.
The Border Roads Organization has expertise in working on the mountainous track. It has been working on a number of roads along Sino-Indian border in Eastern Ladakh and other States where India shares Line of Actual Control (LAC) with China.
The Government has also approved transfer of Ranga to Baltal road including Nilgrath to Y-Junction to the Border Roads Organization for development and maintenance.
Both tracks leading to holy cave shrine of Shri Amarnath Ji in South Kashmir Himalayas are tough to trek and are closed sometimes because of snowfall and landslides. The BRO has experts and modernized machinery for clearance of the tracks.
However, both the tracks now will be developed by the BRO.
“All contracts of Public Works (R&B) and Tourism Department will be completed by October 2022. All liabilities related to development of tracks will be cleared by March 2023,” the Government order said.
It added that statutory clearance, if in case it is required at any stage in the forest area, shall be obtained by the Border Roads Organization.
“The Supreme Court and other Court directions issued from time to time shall be implemented in letter and spirit and will be subject to any petition pending in the court of law,” the order read.
It said all project reports and work proposals shall be got approved from High Level Coordination Committee of Shri Amarnath Ji Shrine Board for its execution. Besides, resources related issues shall also be placed in the Committee for its due redressal, it added.
The Government has, however, directed that all arrangements for development and maintenance of yatra tracks shall not disturb ongoing National Highway-501 works of development and Detailed Project Report (DPR) preparation undertaken by the Ministry of Road Transport and Highways (MORTH), Government of India.
Sources said handing over development, maintenance and management of twin yatra tracks to the Border Roads Organization will go a long way in more better movement of pilgrims at the tracks.
“Congestion at some places on the tracks will also overcome,” sources said.
Shri Amarnath Ji Shrine Board has constantly been striving for development of twin tracks leading to holy cave shrine—one from Baltal which is short 14 kilometers and another from Pahalgam, which is traditional but long track of 48 kilometers.
Besides development, maintenance and management of yatra tracks, the Shrine Board has constantly been generating more facilities for Shri Amarnath Ji pilgrims.
During 44-day long annual pilgrimage of Shri Amarnath Ji shrine this year from June 30 to April 12, more than 3.65 lakh pilgrims performed darshan of Ice Lingam of Lord Shiva in the cave shrine at South Kashmir Himalayas.