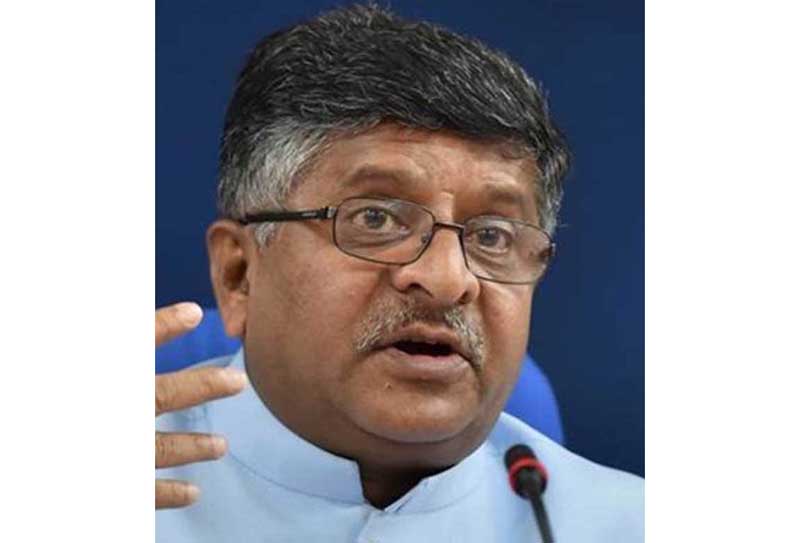 NEW DELHI, Dec 5:
The Government is committed to protecting the fundamental right of its citizens to privacy and reports of surveillance of citizens are completely misleading, Union minister Ravi Shankar Prasad told Rajya Sabha on Thursday.
Replying to a query on safety of citizen’s data during Question Hour, the Electronics and IT minister said the government operates strictly according to provisions of law and laid down protocol.
“There are adequate safeguards to ensure that no innocent citizen is harassed or his or her privacy breached… The government is committed to protecting the fundamental rights of citizens, including the right to privacy,” he said.
Prasad said that are media reports about UK-based research firm Comparitech highlighting that India ranks behind only Russia and China when it comes to surveillance of citizens. “From the media reports, the basis on which such a conclusion is drawn, appears flimsy and questionable. Absence of data protection bill and a data protection authority as regulator has been cited but there are suitable provisions under the IT Act and work is in progress to bring in a law for data protection,” he said.
Another factor cited is that, The Aadhaar Identification Scheme gives citizens a unique ID number and is also home to the largest biometric database, which contains details of 1.23 billion people, he said, adding that it is a baseless assumption that the Aadhaar database includes information such as purchases, bank accounts, insurance etc.
Prasad said the government’s request to WhatsApp regarding traceability without compromising on encryption has been wrongly projected as a possible privacy intrusion.
He said though the report recognises that the laws and courts in India are working to protect data privacy, it seems to have jumped to a conclusion without looking at the legal regime in India and the checks and balances available.
“These attempts to malign the government of India for reportedly surveilling citizens are completely misleading,” he said.
According to Prasad, said his ministry is working on the Personal Data Protection Bill to safeguard the privacy of citizens, which it proposes to table in Parliament.
Denying any instance of data breach from Aadhaar database, he said for security of Aadhaar data centres, UIDAI has a well-designed, multi-layer robust security system in place and it is being constantly upgraded to maintain the highest level of data security and integrity.
The architecture of Aadhaar ecosystem has been designed to ensure security and privacy which is an integral part of the system from the initial design to the final stage.
He said UIDAI data is fully secured and encrypted at all times i.e., at rest, in transit and in storage. Additionally, he said there are multiple layers of security at physical level in UIDAI data centres and is being managed by armed CISF personnel round the clock. (PTI)
The security assurance of Aadhaar ecosystem has been strengthened with enactment of the Aadhaar Act, 2016 and subsequently the Aadhaar and Other Laws (Amendment) Act, 2019 which has stringent penalties/punishments for offenders.

In reply to a supplementary, Prasad said this is the age of data and availability of data helps in framing good policies.

In reply to another query, he said the Supreme Court has clearly stated that privacy is a fundamental right which needed respect but a terrorist, a corrupt or a criminal does not have a right to privacy.

Replying to another supplementary, he said he government is alive to fake call centre rackets and current data protection law regime clearly postulates what is a critical data, what is a sensitive data and what is beyond this and strong measures have been put in place. (PTI)