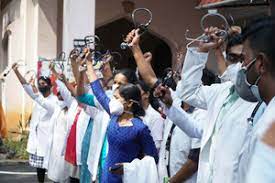 Washington, Jan 21: Google spending on lobbyists to influence politicians in Washington grew by more than 27 percent versus the previous year, newly posted federal filings revealed.
Google reporting amounts totaled $2.2 million in the fourth quarter, according to forms posted to the US Senate Lobbying Disclosure database on Thursday, bringing the 2021 total to nearly $9.6 million, a jump of over $2 million from the prior year.
Specific lobbying issues included regulation of online advertising, privacy, data and competition issues, intellectual property enforcement, cybersecurity, and digital services taxes, among others.
Digital companies like Facebook and Google have been repeatedly criticized by users and regulators in the past few years over lack of efforts to properly ensure users’ privacy and protect their personal data.