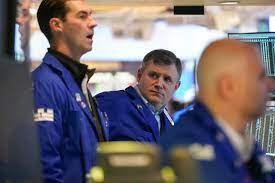 Tokyo, Nov 29:Global shares were mostly higher Tuesday as jitters over protests in China set off by growing public anger over COVID-19 restrictions subsided.
Hong Kong’s benchmark surged 5.2% and most other markets in Europe and Asia advanced. US futures edged higher. Oil prices rose more than $1 per barrel.
China’s economy has been stifled by a “zero-COVID” policy which includes lockdowns that have intermittently threatened the global supply chain.
France’s CAC 40 was nearly unchanged at 6,665.24, while Germany’s DAX slipped 0.1% to 14,366.13. Britain’s FTSE 100 gained 0.7% to 7,525.30. The future for the S&P 500 was up 0.4% while the future for the Dow industrials fell 0.2%.
Chinese shares rebounded after they were hit by sharp losses on Monday following protests over the weekend in various Chinese cities. However, a crackdown on the protests or further expansion of pandemic lockdowns could slow the Chinese economy further, hurting the global economy.
Other factors also contributed to Tuesday’s rebound, Stephen Innes of SPI Asset Management said in a report.
“China markets are perking up to new housing support, a potential rate cut, and speculation that protests may expedite a shift from Covid-Zero’ policies,” he said.
Hong Kong’s Hang Seng closed at 18,204.68 while the Shanghai Composite index added 2.3% to 3,149.75.
Japan’s Nikkei 225 lost 0.5% to finish at 28,027.84. Australia’s S&amp;P/ASX 200 gained 0.3% to 7,253.30. South Korea’s Kospi added 1.0% to 2,433.39.
The Japanese government said Tuesday that the unemployment rate for October was unchanged from September at 2.6% while the number of available jobs per job-seeker was at 1.35.
The Conference Board will release its consumer confidence index for November later Tuesday. That could shed more light on how consumers have been holding up amid high prices and on their spending plans through the holiday shopping season and into 2023.
Federal Reserve Chair Jerome Powell will speak at the Brookings Institution about the outlook for the US economy and the labour market on Wednesday.
Investors are watching to see next moves by the Federal Reserve in its battle against decades-high inflation. The US central bank is trying to curb price increases by raising interest rates while avoiding pushing the economy into recession. The central bank’s benchmark rate currently stands at 3.75% to 4%, up from close to zero in March.
The US government will be releasing several reports about the labour market this week. A report about job openings and labour turnover for October will be released Wednesday, followed by a weekly unemployment claims report Thursday. The closely watched monthly report on the job market will be released on Friday.
In energy trading, benchmark US crude added $1.81 to $79.05 a barrel in electronic trading on the New York Mercantile Exchange. Brent crude, the pricing basis for international trading, rose $2.08 to $85.97 a barrel.
In currency trading, the US dollar fell to 138.28 Japanese yen from 138.90 yen. The euro cost $1.0374, up from $1.0339. (AP)