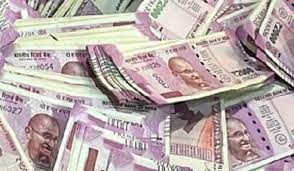 Colombo, Nov 29: Sri Lankans can now hold $10,000 worth of the Indian rupee (INR) in a physical form though the Indian rupee will not be legal tender in Sri Lanka, it was reported on Tuesday.
The move came after India approved a Sri Lankan request to designate the INR as a foreign currency.
This will provide the Sri Lanka much needed liquidity support to help it tide over its economic crisis amid inadequate dollar liquidity, the Daily Mirror reported.
The decision is also in accordance with the Indian government’s efforts to popularize the Indian Rupee among Asian nations and reduce dollar dependence.
Sri Lankan residents will now be able to convert the INR into another currency. To enable this, Sri Lankan banks must sign an agreement with an Indian bank to open “INR nostro accounts” which means the accounts that banks hold in a foreign currency in another bank.
Another important development is that offshore banking units (OBU) of Lankan banks have been permitted to accept savings, time and demand deposits from non-residents.
According to the media reports, all current account transactions including exports, imports, and remittances can be undertaken between Lankan residents and non-residents.
Transactions between Sri Lankans can only be done through banking channels and only for permitted activities, bankers said.
While this arrangement was approved by India a few months ago, the Central Bank of Sri Lanka was yet to notify the rupee as a designated foreign currency.
(UNI)