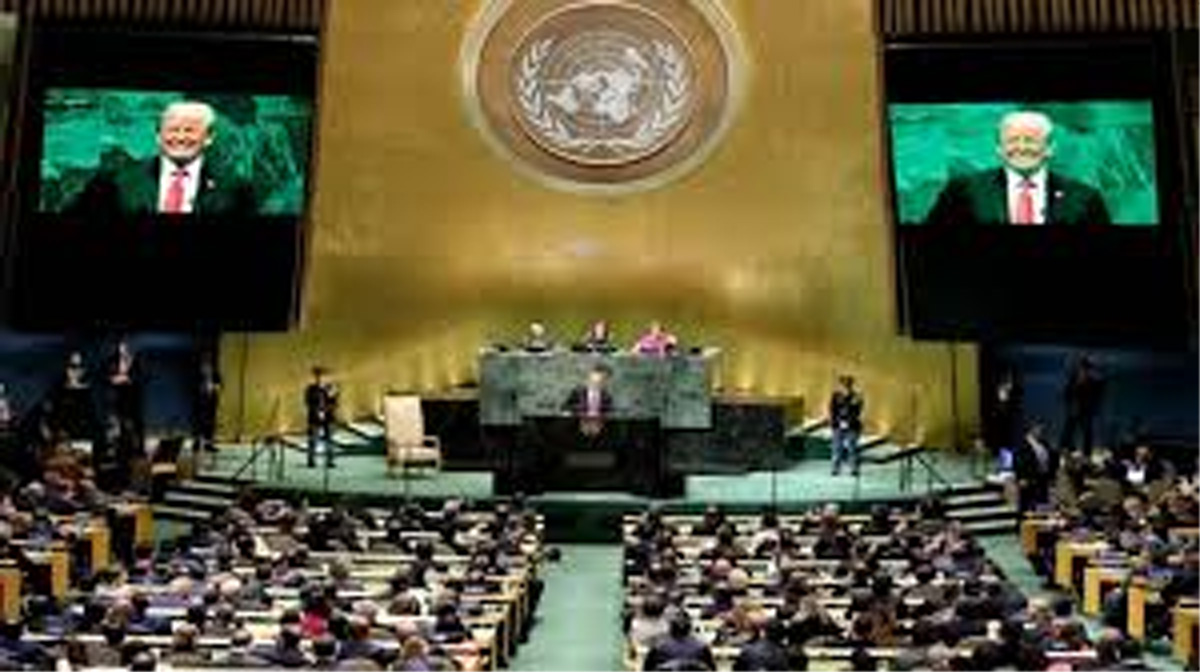 UNITED NATIONS, July 10:The global response to eradicating poverty, hunger and fighting climate change, as vowed by the world leaders, has not been “ambitious enough” and a faster response is required to achieve the 2030 development agenda, according to the UN.

The United Nations’ latest report on the Sustainable Development Goals (SDGs), launched Tuesday on the opening day of the UN High-level Political Forum on Sustainable Development, said that while a “wealth of action” had been taken by the governments across the world, “the most vulnerable people and countries continue to suffer the most”.

The impacts of climate change and increasing inequality across and within countries are undermining the progress on the sustainable development agenda, threatening to reverse many of the gains made over the last decades that have improved people’s lives, the report said.

Four years since the adoption of the SDGs  the world’s blueprint for a fairer and healthier planet  the report notes progress in some areas such as on extreme poverty reduction, widespread immunisation, decrease in child mortality rates and increase in people’s access to electricity, but warns that global response has not been ambitious enough, leaving the most vulnerable people and countries to suffer the most.

“It is abundantly clear that a much deeper, faster and more ambitious response is needed to unleash the social and economic transformation needed to achieve our 2030 goals,” United Nations Secretary-General Antonio Guterres said.

Among the key findings of the report is that while the number of people living in extreme poverty declined from 36 per cent in 1990 to 8.6 per cent in 2018, the pace of poverty reduction is starting to decelerate as the world struggles to respond to entrenched deprivation, violent conflicts and vulnerabilities to natural disasters.

Hunger is on the rise again globally, with an estimated 821 million people undernourished in 2017, up from 784 million in 2015. So, one in nine people across the world are not getting enough to eat.

The decline in extreme poverty, which the UN defines as a condition characterised by the severe deprivation of basic human needs, has slowed to the extent that the world is not on track to achieve the target of less than three per cent of the world living in extreme poverty by 2030.

It is more likely on current estimates to be around six per cent; that is around 420 million people, a situation of “grave concern”, according to the UN chief.

The lack of progress is particularly apparent among environment-related goals such as climate action and biodiversity.

Described by Guterres last year as an “existential threat” to humanity, the outlook for meeting targets to reduce climate change is grim. With rising greenhouse gas emissions, climate change is occurring at rates much faster than anticipated and “its effects are clearly felt worldwide”.

The report noted that the year 2018 was the 4th warmest year on record and levels of carbon dioxide concentrations continued to increase in 2018. Ocean acidity is 26 per cent higher than in pre-industrial times and is projected to increase by 100 to 150 per cent by 2100 at the current rate of CO2 emissions.

“The natural environment is deteriorating at an alarming rate: sea levels are rising; ocean acidification is accelerating; the last four years have been the warmest on record; one million plant and animal species are at risk of extinction; and land degradation continues unchecked,” Guterres said.

While there are positive steps in terms of individual countries developing climate plans and increase in the amount of money to finance those activities, Guterres said “far more ambitious plans and accelerated action is needed” on climate mitigation and adaptation.

Liu Zhenmin, the UN Under-Secretary-General for Economic and Social Affairs said the clock for taking decisive actions on climate change is ticking, stressing the importance of strengthening international cooperation and multilateral action to confront the monumental global challenges.

“The challenges highlighted in this report are global problems that require global solutions. Just as problems are interrelated, the solutions to poverty, inequality, climate change and other global challenges are also interlinked,” Liu said.

The UN will host the SDGs and Climate Action Summits as well as other crucial meetings during the high-level week of the 74th Session of the General Assembly in September, to reenergise the world leaders and the global community, get the world back on track and kick-start a decade of delivery for people and planet.

Major progress has been made in improving the health of millions of people, increasing life expectancy, reducing maternal and child mortality, and the fight against the most dangerous communicable diseases.

Despite those improvements, an estimated 303,000 women around the world died due to complications of pregnancy and childbirth in 2015, the majority in sub-Saharan Africa, the report said.

The UN Secretary-General said “there is simply no way that we can achieve the 17 SDGs without achieving gender equality and empowering women and girls”. (PTI)