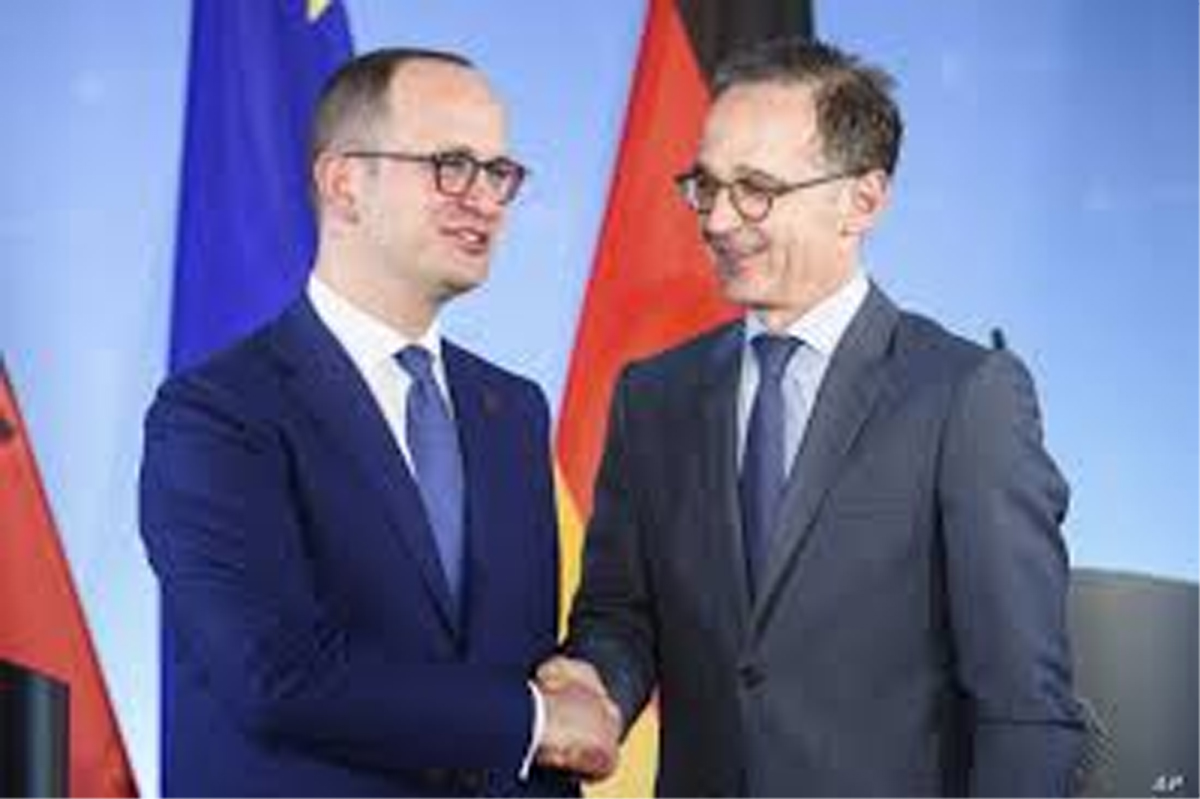 Berlin, Nov 14: Germany wants the European Union to start entry talks with North Macedonia and will push its partners to give the process a go-ahead, Foreign Minister Heiko Maas said Wednesday. “Germany has been in a close exchange with its EU partners and will intensively push for the soonest start of accession talks with North Macedonia,” he was quoted as saying by his ministry on Twitter. Macedonian President Stevo Pendarovski met this week with his French counterpart at a forum in Paris where Emmanuel Macron told him he had suggested a new admission process to EU members. Maas, who was in the Macedonian capital of Skopje for talks with senior officials, told reporters he had not received Macron’s “non-paper” on EU enlargement, which reportedly has Western Balkans in mind.
The top German diplomat stressed that whatever ideas it contained Germany would not want the admission procedure to be changed for North Macedonia and Albania, which face resistance from northern Europe.
(AGENCIES)