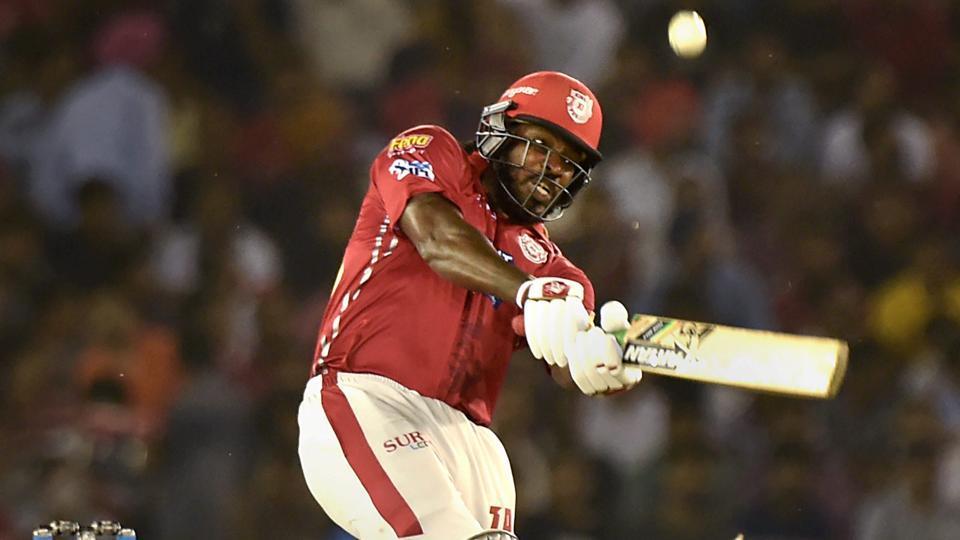 KOLKATA: The legend of Chris Gayle continued to grow in company of young KL Rahul as Kings XI Punjab outclassed Kolkata Knight Riders by nine wickets in a rain-hit IPL encounter here today.
While KKR scored a competitive 191 for 7 in 20 overs, KXIP had a revised target of 125 in 13 overs after a sharp spell of shower halted play for 95 minutes.
Gayle completed a hat-trick of half-centuries with an unbeaten 62 from 38 balls that had five fours and six sixes while Rahul helped himself to a 60 off only 27 balls.
Gayle hit the winning runs six off Tom Curran over long-on as they sealed the issue with 11 balls to spare.
Having scored the fastest half-century in IPL, Rahul once again underlined his credentials as an opener in shortest format with nine fours and two sixes as KXIP climbed to the top of the table with eight points from five games. This was also their first win at the Eden Gardens since 2012.
KXIP were 96 for no loss in 8.2 overs, 31 runs ahead of the DLS par score, when rain halted the play at 6.40pm, but there was no let up in intensity for Gayle as he resumed his innings with a huge six over long off to complete his 50 in only 28 balls.
There was further setback in store for KKR as their big-hitting Jamaican Andre Russell was taken off in the fourth over after he seemed to have aggravated his already troubled hamstring.
Gayle had launched into Russell hitting two sixes and a boundary when Russell was seen clutching his right thigh as Nitish Rana completed the over. (AGENCIES)