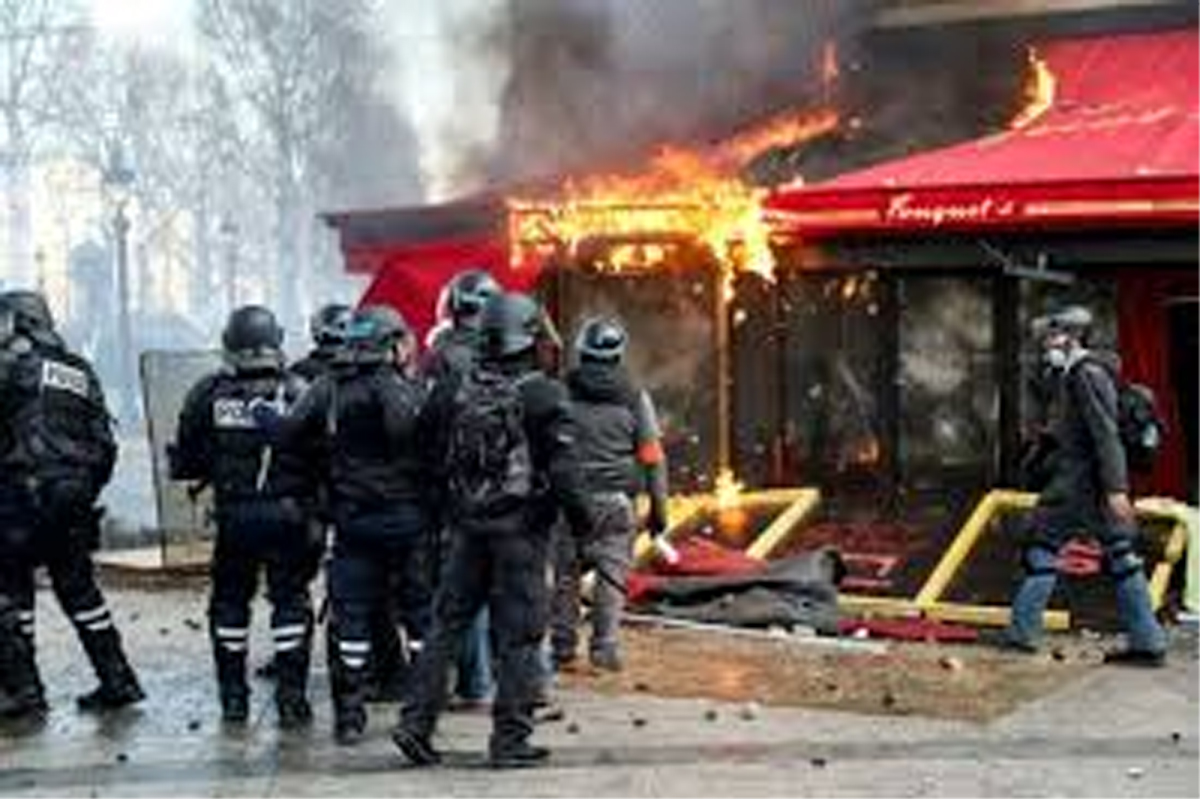 Paris police have banned the protesters from a large area in the west of the city, including the famed Champs-Elysees avenue, scene of last week’s rampage by hundreds of anarchists, as well as the presidential palace and National Assembly.

Similar bans have been announced in the centres of Toulouse, Bordeaux, Dijon, Rennes and the southern city of Nice where Chinese President Xi Jinping is to meet his French counterpart Emmanuel Macron this weekend.

Macron is under pressure to avoid a repeat of last week’s sacking of the Champs-Elysees, where over 100 shops were damaged, looted or set alight during seven hours of rioting by mainly masked, black-clad protesters.

The government has announced plans to redeploy soldiers from its Sentinelle anti-terror force Saturday to guard public buildings to free up the police to tackle the radicals.

The announcement has drawn howls of protest from the opposition who have accused the government of playing with fire.

On social media, “yellow vest” leaders, who have been accused of whipping up the violence with incendiary rhetoric, urged caution Saturday.

In a YouTube post, truck driver Eric Drouet called on protesters not to try to return to the Champs-Elysees.

“It’s a very very bad idea. You know what image they’re trying to create of us,” he said, predicting a “quiet Saturday”.

The police appeared to hang back in the face of sustained attacks, after being accused of using excessive force during several previous such protests.

The Paris police chief was fired over the violence.

On Friday, clean-up operations continued on the Champs-Elysees.

Shattered panes were being removed from a Swarovski crystal store, which was ransacked after neglecting to board up its windows.

Work was also being carried out on six news kiosks that were torched, leaving several newspaper vendors out of work.

Sylvain, the leader of a team of repair workers, who did not wish to give his full name, backed the use of the army to help restore order.

“Either they do that, or Macron resigns.” “He needs to show the world that the government has a handle on the country and on the capital,” he said.

The protests began in rural France on November 17 over fuel tax increases and quickly ballooned into a full-scale anti-government rebellion that two months of public policy debates have failed to defuse.

In recent weeks, the protesters’ numbers have dwindled, falling from 282,000 nationwide on the first Saturday to just 32,000 last week, according to official estimates.

Those still on the streets appear more determined than ever to make their presence felt, however.

In a Facebook video this week, Maxime Nicolle, explained the periodic rioting in Paris and other cities as the result of “40 years of being beaten psychologically and financially” by successive governments.

“It’s a bit as if a battered woman beats up her boyfriend and you say she’s the violent one,” he argued.

The violence has cost the protesters, who want higher taxes on the rich and a greater say for ordinary people in the running of the country, public support, according to a poll published Wednesday.

Some 53 percent of respondents said they either supported or felt a degree of sympathy towards the movement, down eight points in a week. (AGENCIES)