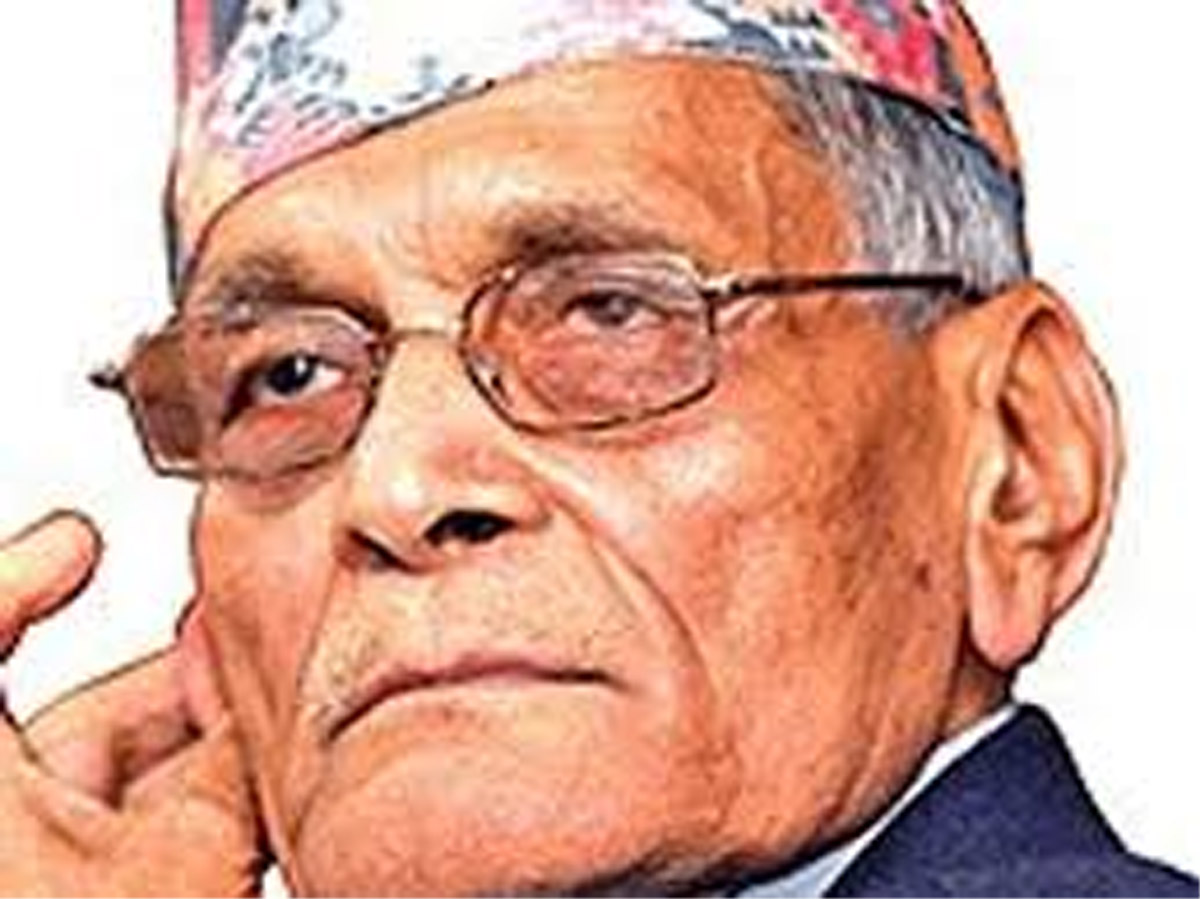 KATHMANDU, Dec 18: Tulsi Giri, Nepal’s two-time prime minister and senior politician, passed away on Tuesday, according to family sources.
He was 93.
He died, after a prolonged battle with liver cancer, at his home in Budhanilkanta, on the outskirts of the Himalayan nation’s capital, they said.
He was recently discharged from the hospital, they added.
Born in 1926 in Siraha district, Giri started his political career from Nepali Congress party. He reached to the post of the general secretary.
A die-hard supporter of the Panchyat system after the then King Mahendra Shah imposed it, Giri was appointed as the vice-chairman of the Council of Ministers in 1962, soon after the King took charge of the power and introduced the party-less polity by putting a ban on political parties during a coup.
He then served as the country’s Prime Minister twice during the tenure of slain King Birendra Bir Bikram Shah in 1975 and 1977. Birendra, the eldest son of King Mahendra, was the King of Nepal from 1972 until his death in the 2001 Nepalese royal massacre.
After the country eliminated the Panchyat system and absolute monarchy through the 1990 People’s Movement during the rule of King Birendra, Giri left the country and was living in Sri Lanka.
He returned to Nepal in 2005 when then King Gyanendra Shah, who took over the reigns following the royal massacre, appointed him the vice-chairman of the Cabinet (equivalent to the Prime Minister’s post).
Giri is survived by his wife, two sons and two daughters.
Meanwhile, Nepal’s Prime Minister KP Sharma Oli, former Prime Minister and Nepali Congress President Sher Bahadur Deuba and other senior political leaders, have condoled Giri’s demise.
“I am very sad to learn the passing of the former Prime Minister Tulsi Giri. I convey my heartfelt condolences to the bereaved family and relatives,” PM Oli wrote in his tweet. (PTI)
&&&&