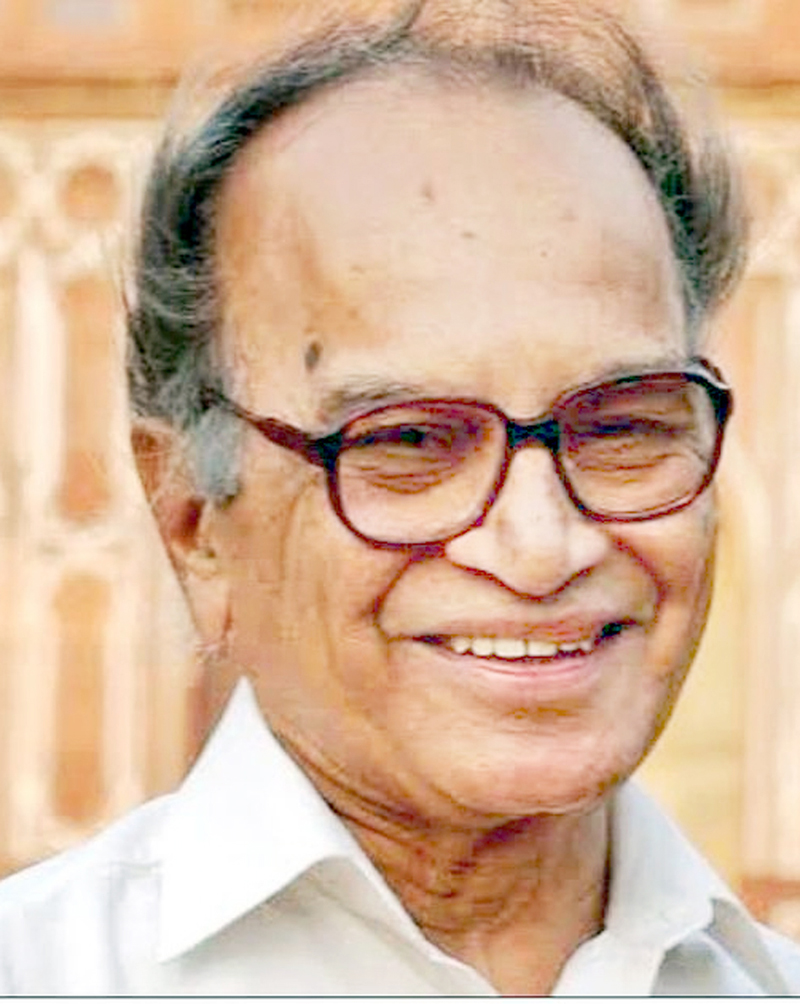 NEW DELHI, May 4:
Former Union Minister and Jammu and Kashmir Governor Jagmohan, whose tough measures as an administrator in various roles won him many admirers but also drew criticism from some quarters, passed away following a spell of illness.
He was 93.
President Ram Nath Kovind and Prime Minister Narendra Modi today paid tributes to Jagmohan and described him as an exemplary administrator and devoted politician. He passed away yesterday.
The Jammu and Kashmir administration has announced three days of state mourning from Tuesday to Thursday on the demise of the former Governor.
A civil servant who made his name as a town planner while serving as the Delhi Development Authority’s vice chairperson in the 70s, Jagmohan steered the controversial beautification drive in Delhi as the trusted man of Sanjay Gandhi during the Emergency but his image as a no-nonsense officer and doer endured, earning him key positions, including of Governor and Union Minister, in the later decades.
“In the demise of Jagmohanji, the nation has lost a unique town planner, able administrator and man of letters. His administrative & political career was marked by unparalleled brilliance. His death leaves a void that will be felt forever. My condolences to his family and friends,” Kovind tweeted.
Prime Minister Modi said in his tribute, “Jagmohan ji’s demise is a monumental loss for our nation”.
“He was an exemplary administrator and a renowned scholar. He always worked towards the betterment of India. His ministerial tenure was marked by innovative policy making. Condolences to his family and admirers. Om Shanti,” he said.
Jagmohan’s demolition drive in the national capital, especially in old Delhi, as part of the beautification plan during the Emergency (1975-77) proved controversial as it faced protests, which turned violent in some places like Turkman Gate.
He was later made Delhi’s Lieutenant Governor and was praised for preparing the city to host the Asian Games in 1982.
However, it is his legacy as Jammu and Kashmir Governor that has polarised opinions most as his hard line on security issues drew him closer to the BJP while inviting fierce criticism from many others, including politicians from the Valley.
Jagmohan was first appointed the erstwhile State’s Governor in 1984 and completed his five-year tenure. As militancy erupted there, he was made the Governor again in 1990 but was removed within a few months as differences between him and the then V P Singh-led Government at the Centre grew over tackling militancy in the region.
His book, My Frozen Turbulence in Kashmir, in which he dwelt on his tenure as Governor, was a bestseller and went into several reprints.
Jagmohan represented the BJP in Lok Sabha several times from the New Delhi constituency and was a minister in the Atal Bihari Vajpayee Government.
A pointer to the appreciation he drew from Central Governments of contrasting ideologies for his work is that he received Padmashree and Padma Bhushan when the Congress was in power at the Centre in the 70s and was then honoured with Padma Vibhushan, India’s second highest civilian award, by the Modi Government in 2016.
An author and voracious reader, Jagmohan would spend hours in India International Centre library here reading and taking notes before illness forced him to keep away in the last couple of years.
In his tribute, Union Home Minister Amit Shah said, “Shri Jagmohan Ji will always be remembered for his remarkable tenure as the Governor of J&K. An able administrator and later a devoted politician who took key decisions for the nation’s peace & progress. India mourns his sad demise. My deepest condolences to his family. Om Shanti.”
The Jammu and Kashmir administration in a notification said it has decided to observe three days of state mourning from Tuesday to Thursday as a mark of respect to former Governor Jagmohan.
“The national flag shall fly at half-mast during the state mourning on all buildings and places where it is flown regularly. There shall be no official entertainment/ function during the state mourning,” the notification said.
The office of the Jammu and Kashmir Lieutenant Governor tweeted, “Saddened to hear about the demise of Shri Jagmohan Ji, former Governor of J&K. He was a great visionary, dynamic and effective administrator. Jagmohan Ji will be remembered for his great contributions, reforms in J&K and untiring efforts to serve the society.” (PTI)