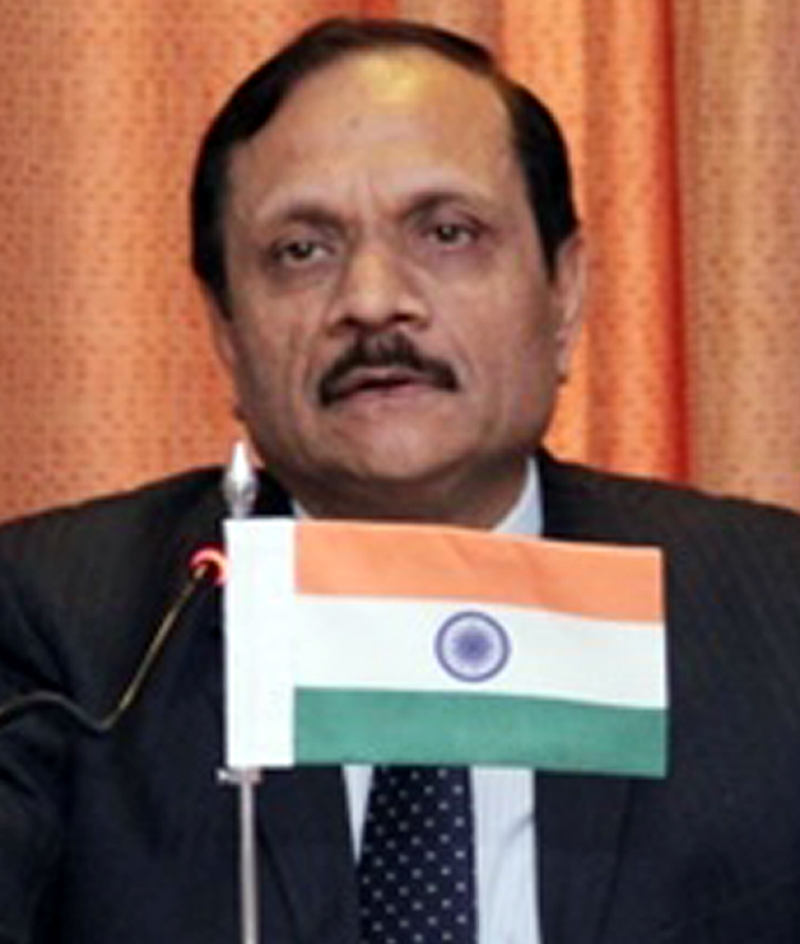 JAMMU, Jan 5: Ministry of Home Affairs today appointed former Director General of Central Reserve Police Force (CRPF) Rajiv Rai Bhatnagar as Advisor to the Lieutenant Governor of Union Territory of Jammu and Kashmir.
With this, the Lieutenant Governor of J&K Union Territory Girish Chandra Murmu will have three Advisors. The other two Advisors —K K Sharma and Farooq Khan were appointed on November 14, 2019.
“The competent authority has given approval for the appointment of Rajiv Rai Bhatnagar, IPS retired as another Advisor to assist the Lieutenant Governor of the Union Territory of Jammu and Kashmir for effective discharge of his functions during the period notified on October 31, 2019 or until further orders”, read the communication issued by Director (LC) T Sreekanth in the Department of Jammu, Kashmir and Ladakh Affairs in the Ministry of Home Affairs.
The appointment of Rajiv Rai Bhatnagar will be effective from the date from which he assumes charge.
The Lieutenant Governor of the Union Territory of Jammu and Kashmir has been requested by the Department of Jammu, Kashmir and Ladakh Affairs to issue necessary orders with regard to the terms and conditions of appointment of Bhatnagar as Advisor under intimation to the Union Home Ministry, read the communication addressed to the Chief Secretary BVR Subrahmanyam.
A retired IPS officer of Uttar Pradesh cadre, Bhatnagar has remained Director General of Narcotics Control Bureau and was posted as Director General of Central Reserve Police Force in April 2017. He remained head of the country’s largest paramilitary force, which has been entrusted with numerous roles in the internal security domain till his superannuation on December 31, 2019.
As Director General of CRPF, he paid visits to Jammu and Kashmir on several occasions as such is very well aware of the internal security issues in this Union Territory and his experience would be of immense help for the Government in tacking the security related problems.
As head of the Narcotics Control Bureau he took several revolutionary steps and his experience in this field would also help the administration of Jammu and Kashmir in tacking the menace of drugs, which has assumed alarming proportion.
With the appointment of third Advisor to the Lieutenant Governor there will be reshuffle in the portfolios in the next few days, sources said, adding “the new Advisor is likely to be given some of those portfolios which were retained by the Lieutenant Governor while allotting departments to Advisor K K Sharma and Advisor Farooq Khan”.
“The possibility of change in the portfolios of the present Advisors cannot be ruled out as they are handling the affairs of large number of departments”, sources further said.
It is pertinent to mention here that Advisor K K Sharma is holding the charge of Public Works (R&B), Power Development, Planning, Development and Monitoring, School Education, Higher Education, Technical Education, Industries and Commerce and Tourism Departments.
Advisor Farooq Khan is looking after the affairs of Food, Civil Supplies and Consumer Affairs, ARI and Trainings, Cooperative, Floriculture, Election, Labour and Employment, Haj and Auqaf, Social Welfare, Tribal Affairs and Youth Services and Sports Departments.