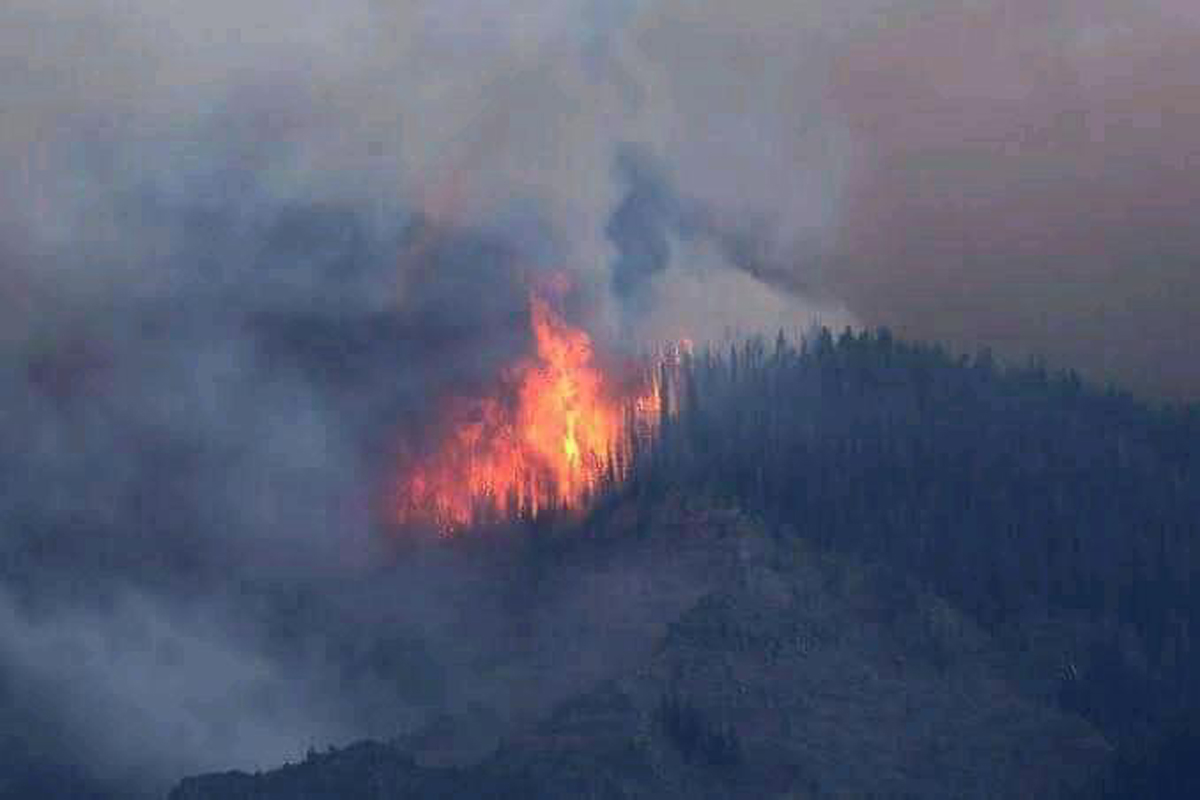 Excelsior Correspondent
SOPORE, Apr 5 : A massive forest fire broke out in Daniel top Gujjarpati Zaloora village of Sopore in North Kashmir’s Baramulla district today evening.
Source said that the fire has caused significant loss to the green belt, adding that the Fire Department has not been able to reach there due to hilly area to get the fire under control.
According to locals, the fire broke out suddenly this evening and was not brought under control yet.
This is the first time that a massive fire broke out in the forests of this area, which connects Sopore and Kupwara range.
Moreover, the officials from Forest Department Sopore could not be contacted for the comments.