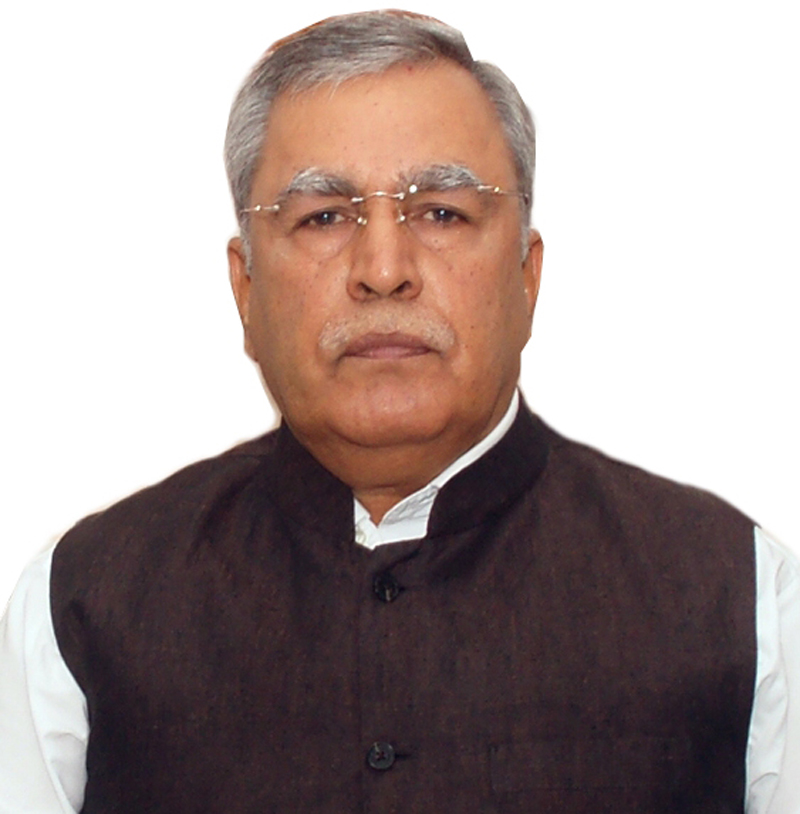 Neeraj Rohmetra
JAMMU, July 13: The Government today ordered appointment of Farooq Khan, who had a day before quit as Administrator, Union Territory of Lakshadweep over two years before completion of his tenure, as Advisor to Governor Satya Pal Malik.
He will be fifth Advisor of the Governor and would get charge of the departments shortly.
Official sources told the Excelsior that the State Government issued the order for appointment of Khan, a retired IPS officer of Jammu and Kashmir, as the Advisor to Governor following approval given by the Union Ministry of Home Affairs vide its letter No. 11012/03/2018-K.I dated 13th July, 2019.
His appointment will have effect from the date he assumes charge of the Advisor.
Soon after his new appointment, Khan told the Excelsior that he will try to fulfill whatever responsibility he is given by Prime Minister Narendra Modi and Home Minister Amit Shah.
“My prime objective will be to work for welfare of the people of Jammu and Kashmir,” he said.
An order issued by the General Administration Department (GAD) said Khan’s appointment will be governed by the terms and conditions which were applicable to other Advisors in terms of Government Order No. 1110-GAD of 2018 dated 9-7-2018.
With the appointment of Farooq Khan, Governor Satya Pal Malik will now have five Advisors. He already has four Advisors including K Vijay Kumar, Khurshid Ganai, KK Sharma and K Skandan. Of five, three Advisors are now locals including Ganai, Sharma and Khan.
“Khan will be allocated portfolios by the Governor shortly,” sources said, adding that the appointment will lead to reallocation of portfolios among the Advisors.
Earlier in the day, President Ram Nath Kovind accepted the resignation of Farooq Khan as Administrator, Union Territory of Lakshadweep.
Khan had tendered his resignation a day before.
He had resigned at a time when he still had tenure of two years. He had been appointed as Administrator of Lakshadweep on August 17, 2016.
After his retirement from the services as Inspector General of Police (IGP), Khan had joined the Bharatiya Janata Party (BJP) and had been appointed as its national secretary before being designated as the Administrator of Union Territory of Lakshadweep.
Khan had held various prestigious postings in Jammu and Kashmir in the Police Department, the last one being Director of Sher-i-Kashmir Police Academy (SKPA) Udhampur.
Khan was the first Muslim from Jammu and Kashmir to get a prominent place in the BJP within 15 months of his joining the party. He had joined the BJP at an election rally in the presence of Narendra Modi in 2014, who was then the party’s Prime Ministerial candidate.
He had shot to prominence in the mid 1990s when he became the first head of the anti-militancy Task Force popularly known as the Special Operations Group (SOG). Khan had led various successful anti-militancy operations in Jammu and Kashmir.
The former IPS officer led to the clearing of the Hazratbal shrine in March 1996 in which 18 militants were killed. It was under him that Raghunath temple in the Jammu City was cleared from the militants in 2003. He is the recipient of President’s medals for gallantry, bravery and distinguished services.
Khan’s grandfather Colonel (Retired) Peer Mohammad Khan, who was in the Army of Maharaja Hari Singh, was the first State president of the Jammu and Kashmir Jana Sangh.