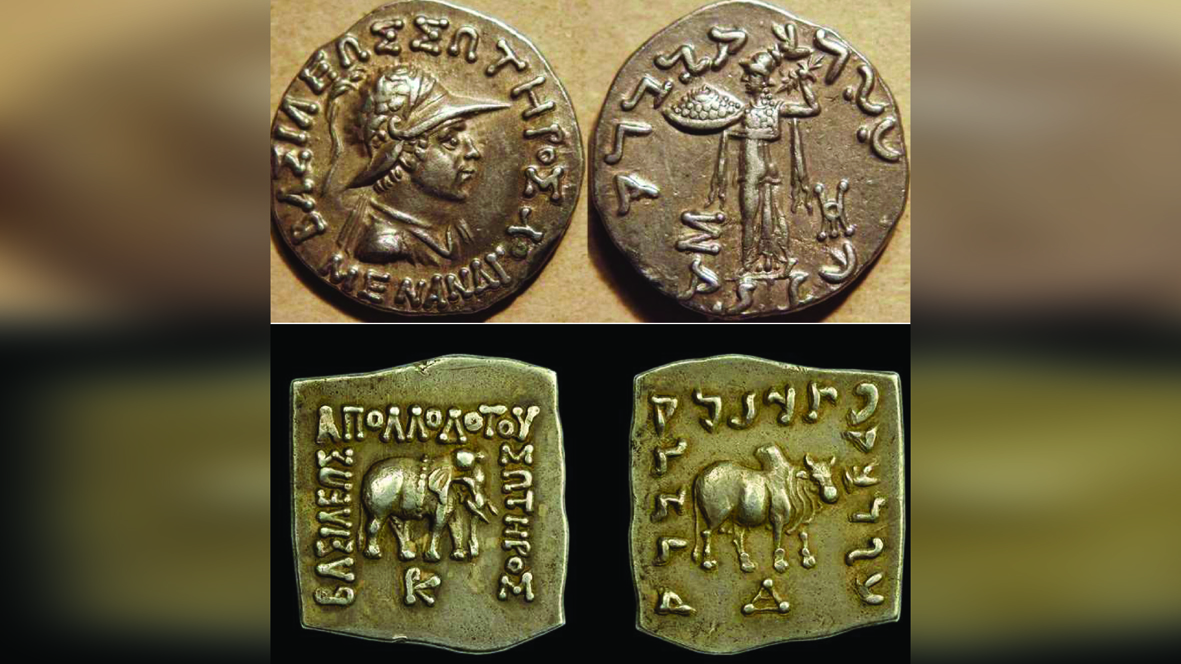 Iqbal Ahmad
The story of the ancient scripts and languages is a very interesting subject to explore and there are several such scripts and languages which have altogether disappeared or turned outdated one. It is just like in other fields of life; things automatically turn outdated and thereby get neglected.
The change is felt even in the science and technology fields, the old technologies and machineries get replaced by the new and more convenient inventions, similar is the case with different humanities fields.
The linguistic field has also gone under tremendous changes. The olden classical scripts and languages have either been discontinued or forgotten all together.
The history of scripts and languages is as old as the development of human civilisation, the story of the writings on rocks and metallic objects goes thousands of years back and with the inception of Archaeological researches, thousands of epigraphs inscribed in a variety of classical scripts and languages have been so far discovered and identified.
The task is not over; the process of discovering and identifications of inscriptions is a routine process of institutions and individuals involved in the archaeological, numismatic and epigraphic researches. At the Government level there is epigraphic centre working under the aegis of Archaeological Survey of India, entrusted with job of identification and documentation of ancient scripts and epigraphs of India. The centre has identified and documented hundreds of ancient epigraphs, which included the rock edicts of Maharaja Ashoka.
Notwithstanding with the wonderful archaeological works undertaken by experts, there are still certain scripts and epigraphs which have become a mystery for the epigraphers and researchers.
Indus script
In the subcontinent the Indus valley Alphabet is perhaps the oldest Alphabet, which despite of successive efforts made by the archaeologists and paleographers had not been de-coded yet.
While on the other hand, the major epigraphs of other classical scripts and languages found in the subcontinent has mostly been identified and deciphered.
Different scripts
Number of Kharoshti, Brahmi, Sharda, Persain and Arabic inscriptions found in Kashmir have also been identified and deciphered. While exploring the epigraphic heritage of Jammu and Kashmir, it looks Prakrit, Sanskrit Kharoshti, Brahmi, Sharda , Persian and Arabic have served the most prominent written letter and word for ancient Kashmir and several of the artifacts of this heritage have been identified and deciphered.
Kharoshti script
In fact we knew that Arabic, Persian and Urdu Alphabets are usually written from right to left, but very few people know that in ancient times there was a script which was also written in the same style. This script is known as Kharoshti, which has been written from right to left like Persian and Arabic scripts
Kharoshti rock inscriptions
Most of the scholars believed that this Alphabet has been more popular in the north western parts of the then India which included modern day Pakistan, Jammu and Kashmir, Afghanistan, and Central Asian states. The languages which have been written in this script were identified as Pali, prakrit and sanskrit.
Evolution of the script
The script as per historical records evolved in 3rd century BC, in the time of Muryan Period and is learnt to have been in use up to 3rd century AD during Kushan period.
Besides Mauryans, indo Greeks, indo Scythians, Indo Parathions have also used this script. Their silver and copper coins carried legends in Kharoshti with their special titles
The script has been also in usage in Jammu and Kashmir including Gilgit and Baltistan regions, scores of epigraphs written in Kharoshti have been identified from Jammu and Kashmir and Gilgit and Baltistan regions.
Identification of the script
This script was identified and de-coded during early 19th century; the historical accounts say that the Kharosthi script was deciphered by one European epigraphist James Prinsep (1799-1840). In identification and deciphering of this Kharoshti alphabet, he had used the bilingual coins of the Indo-Greek Kingdom, on which Greek legends are given on obverse and kharoshti on reverse. Since he knew the Greek alphabet and could read the Greek legends on these coins, he could therefore understand the Kharoshti legends which were written on this coin in pali. This in turn led to the reading of the Edicts of Ashoka, some of which, from the northwest of South Asia, were written in the Kharosthi script.
Number of the epigraphs of this script have been found in Jammu and Kashmir, most of these have been found on Kashmir coins of Indo Greek, Indo Scythain, Indo Parthain and on Kushan coins of Kuzulakhadphsis, Wema Kadphsis, and Vima Takto periods. Kanishka looks to have discontinued the usage of this Alphabet and shifted towards Bactrian Greek Alphabet.
The Kharoshti inscriptions are inscribed on the reverse side of the coin in prakrit and Sanskrit languages. The tiles carried on these coins read as, Rajaderajsa, Mahatasa, etc
Kharoshti rock inscriptions have been discovered on the rock edits of Hunza and Nager on Karokarum Highway in Gilgit area of Jammu and Kashmir. One of the Kharoshti inscriptions carrying the name of Kushan king Wima Kadphsis was way back found in Khalsti village of Ladakh. Archaeologists claim to have found an inscribed pottery object carrying the name of Indo Greek king Menander in Kharoshti letters at Semithen Bijbehera area of South Kashmir. The numerals of this script were also encountered on the tiles recovered from scores of archaeological places of Kashmir dated to 1st and 2nd century AD.
Few of the artifacts discovered from time to time in this land also carried the evidences of Kharoshti letters and numerals. The terracotta tiles discovered at Harwan , Darkote, Isratnar and Kotebal also bear the numerals in Kharoshti.
No doubt the Kharoshti script very early has turned a out dated script and nobody can think of its revival, but as a civilized society it is our moral responsibility to explore this epigraphic heritage and preserve it for the generations to come so that they can also have glimpses of this forgotten heritage.