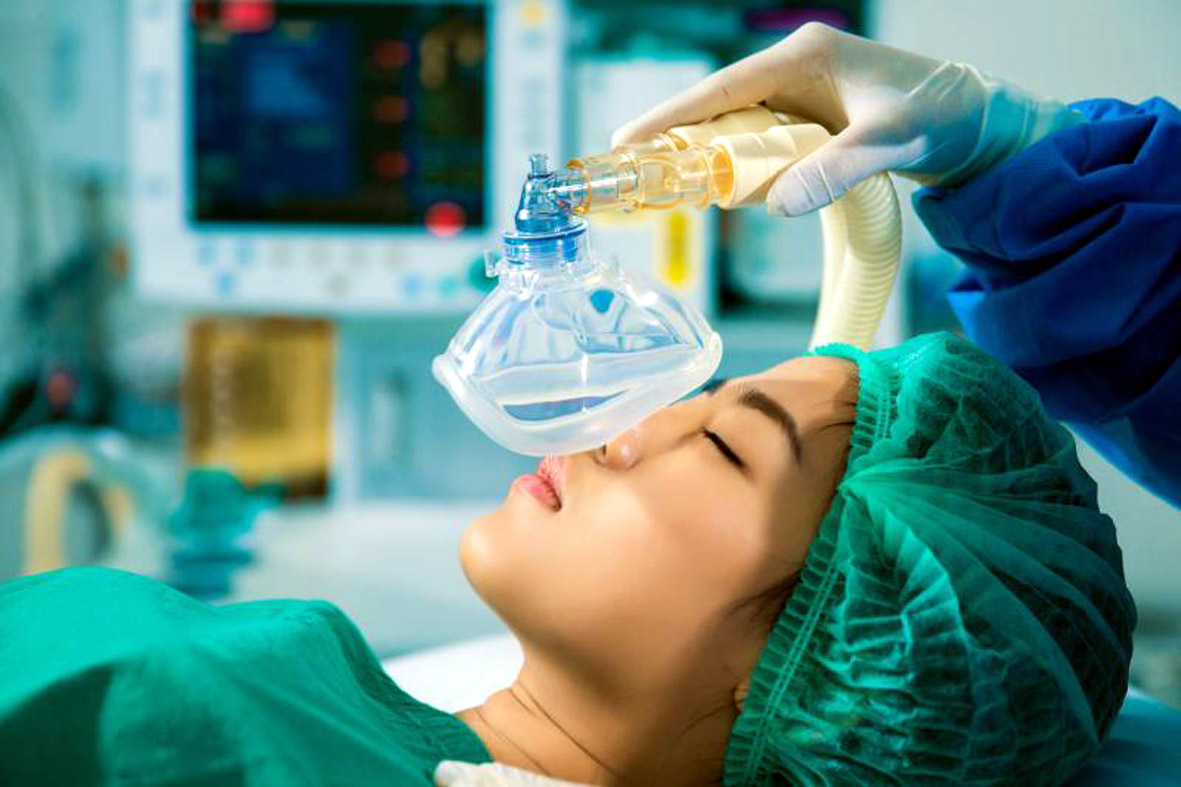 Dr Satya Dev Gupta
The terminology of Anaesthesia and Anaesthetist remained as an enigmatic discourse for the general public and of course the persons at the helm. They were aloof from the importance and vivid implications of this highly technical speciality, till the mass killer pandemic of Covid-19 laid its dreaded claws of death on the hapless world population residing in highly developed, developing, backward and poor nations. The persons who had fallen prey to this disaster needed Oxygen therapy from experts who were well-versed in advanced treatment of high proficiency. These experts are the anesthesiologist or Anaesthetist, and experts in chest medicine.
Anesthesia specialist doctors can do wonders as and when their services are utilized and they are at the forefront as an emergency physician, resuscitation, treating long-term pain pathology, and providing painless labour conditions in full-term pregnant women.
It is a paradox that most of the patients when admitted in hospital for surgical intervention like to choose the surgeon specialist of their choice and don’t care to know about the anesthesiologist under whom they surrender their life for the performance of surgery.
Advent of Painless Surgery
The speciality of Anaesthesia to start with had a motive to provide an environment for painless surgery. This was introduced on 16th OCTOBER 1846 by dentist William T.G Morton of Boston in his first public demonstration at Massachusetts General Hospital by using sulphuric ether (diethyl either) on Edward Gilbert Abbott for an operation by a leading surgeon John Colin Warren Professor of anatomy and surgery at Harvard Medical School Boston. The reports of these operations where patients were made senseless by the administration of ether were published in newspapers, medical journals and other personal correspondence from Boston. This event of the discovery spread far and wide in Europe and the rest of the world.

The other heroically advanced development came in form of the use of muscle relaxants (muscle-blocking drugs). Henry Dale in 1933 studied the transmission of nerve impulses to muscle through a neurotransmitter named acetylcholine and further research for drugs that can block this transmission and could paralyze muscle was eventually developed by Harold Griffith and Johnson. This drug was d-tubocurare. Now the basic requirement for surgical interventions i.e. sleep or senseless( Hypnosis), pain-free condition( Analgesia), and muscle relaxation (muscle blockers) was possible. In 1878 Macewen was the first to introduce the technique of passing a tube into a windpipe (endotracheal incubation for anaesthesia) to isolate the windpipe for good ventilation and avoid aspiration of debris. Now with the advent of muscle relaxants, this procedure is easily done.
LOCAL AND REGIONAL ANAESTHESIA
By its name, local and regional anaesthesia produces insensibility and relaxation to a part and region of the body by interrupting the conduction of nerve impulses. This technique was first introduced by William Stewart Halsted in 1885 by self-experiment by injecting cocaine near a nerve trunk. He was successful in his experiment but himself got trapped in cocaine addiction. It took 2 years to recover from its jaw.
Later new safe drugs were introduced which changed the scenario. Local blocks, nerve blocks, regional, spinal, and epidural anaesthesia were the outcome.
BIRTH OF THE INTENSIVE CARE UNIT
The major advances came out in 1952 in Denmark when the outbreak of poliomyelitis engulfed the kids in that country and Copenhagen was an epicentre of one of the worst polio epidemics that the world ever saw. Bjørn Aage Ibsen, an anesthesiologist had a radical idea. His idea was to blow air directly into the lungs to make them expand with a bellow (Ambu bag) and then allow the body to passively relax and exhale. He proposed the use of tracheotomy: an incision in the neck, through which a tube goes into the windpipe and delivers oxygen to the lungs. This type of breathing is called positive pressure ventilation. The mortality which was 87 per cent dropped to 31 per cent. This adventure gave birth to mechanical ventilation, Ventilators, a new concept of ANESTHESIA, and intensive services.
ANAESTHESIOLOGIST AND CRITICAL CARE
The anaesthesia doctors take care of patients who have severe infections and trauma, or those groups of patients who are posted for major surgery, may it be Cardiac, Thoracic, Neuro, Gastrointestinal, Organ transplant, etc in preoperative, peri- operative and post-operative period.
In ICU the Anesthesiologist works as an intensivist, which is a critical care doctor who manages the entire treatment and coordinates with other specialists as and when required. The intensivists are well versed with all the technical know-how of other visiting experts and serve round the clock for the patients bound to stay in ICU for few hours to months together.
In ICU the patients are seen to have intravenous lines Central, peripheral or both for fluid administration and a set of electronic gadgets for monitoring vital parameters like (a) ECG, the electric activity of the heart (b)Blood pressure (c)Blood oxygen saturation (d) Respiratory rate (e) Heart rate (f) Temperature (g) furthermore the instrumentation of complex vitals for measuring Heart output, contractility, vascular peripheral resistance and some occasions for evaluating the brain functions. Sometimes the patients are put on Ventilators for assistance in the maintenance of breathing functions.
Anesthesiologist working in critical care medicine perform a pivotal role in for maintenance of the well-being of admitted patients. They supervise the ICU team and coordinate with concerned surgeons, physicians, physiotherapists etc.
BOOSTING THE SAFETY
Soon after the inventory of anaesthesia in1846, there is a chain of developments one after the other which were aimed at further improvement and advancement for the safety of the patients. Upgradation of technology, especially in the last several decades particularly in the electronic field, lead to improvement in monitoring the subject’s vital signs not only in operation theatre or intensive care sectors but also in the discipline of emergency medical services. It gave an impetus to serving anesthesiologist to standardize the monitoring system pertaining to hemodynamics of blood flow, pressure, heart electrical activity (ECG), functions, respiratory well-being (oxygenation status), urine output, core temperature, degrees of neuro-muscular block etc. With the advancement of modern technologies new standards for safety, and patients have emerged.
Those are:
* AIMS (Anaesthesia Information Management System)
* AL (Artificial Intelligence)
* WHD (Wearable Home Devices)
With the help of Artificial Intelligence and the use of modern sensors the safety of the patients during operation, in intensive care sectors, and in emergency medical services is better than before and future stores the significant outcome where mortality shall be zero.
(The author is Ex – HOD, Intensive Care Unit & Anesthesia)