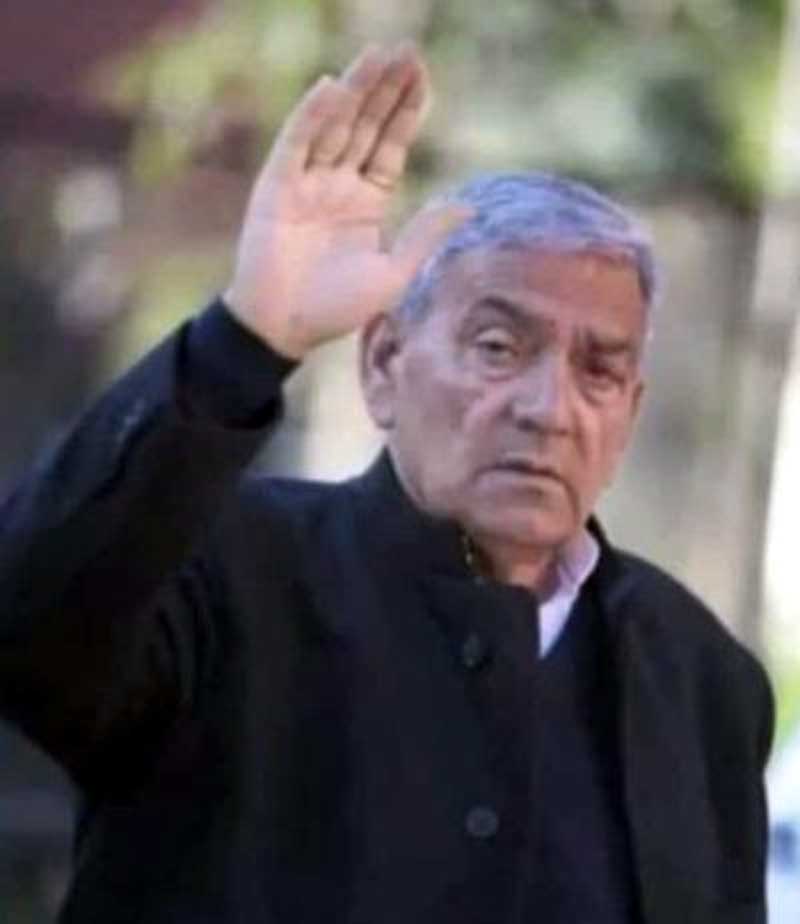 POONCH, Jan 23: Former MLC and prominent PDP leader from Poonch, Yashpal Sharma died after suffering a heart attack at his residence in Poonch town during early hours today.
Family sources said that 76-year-old Sharma complained of uneasiness around 2 am and his sugar level dropped alarmingly before he suffered the heart attack.
He is survived by wife, two sons and two daughters.
Sharma, considered a close confidant of PDP founder and former J&K Chief Minister Mufti Mohammad Sayeed, was named as a member of the powerful political affairs committee of the PDP by party president Mehbooba Mufti in March last year.
Paying tributes to its deceased senior leader, the PDP said that in his demise, the party has lost a “towering personality, great mobiliser and a loyal and experienced leader”.
Known for his eloquence and connect with masses, the party said Sharma was often referred to as ‘Sher-e-Poonch’ (lion of Poonch).
His cremation took place at his home town Poonch this afternoon and a large number of people from all walks of life attended his funeral.
Meanwhile, leaders of various political parties including Congress, NC and BJP condoled the sad demise of Ex-MLC Yashpal Sharma and expressed their sympathy with the bereaved family.
Yashpal Sharma was elder brother of Dr Sushil Sharma, HoD Cardiology, GMC Jammu and Sunil Sharma, Chairman Poonch Municipal Council.