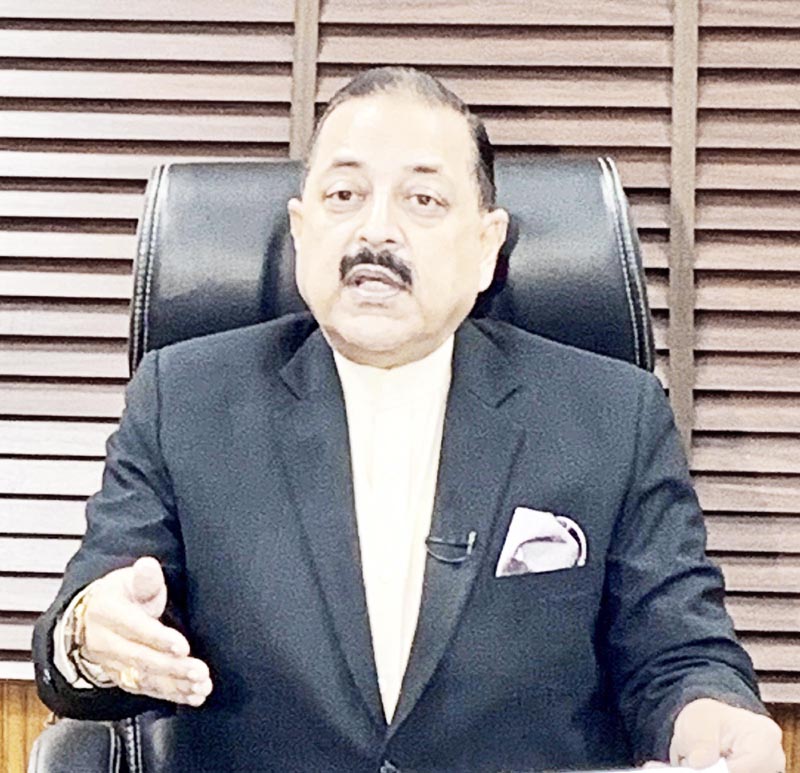 Excelsior Correspondent
NEW DELHI, Dec 30 : Taking a dig at the Congress by describing it as a party of leaders who were ignorant of their own history and do not read even the statements made by some of their own patriarchs, Union Minister Dr Jitendra Singh said here today that even Jawaharlal Nehru, as Prime Minister, had expressed concern for the minorities in Pakistan and in this context, he had specifically referred to Hindu refugees coming from the then East Pakistan, which is now Bangladesh.
Addressing the media here today, Dr Jitendra Singh drew a meticulous chronology of events and said that the Nehru-Liaquat Ali Khan Pact of 1950 was actually inspired by the realization on the part of Government of India, headed by Nehru, that the minorities in Pakistan were not getting a fair deal. One of the evidences of this is that nearly a year before the signing of the Nehru – Liaqat Pact, the then Prime Minister Jawaharlal Nehru had, in a letter to the then Chief Minister of Assam Gopinath Bordoloi, written in May 1949 saying “You must make a difference between Hindu refugees and Muslim immigrants and the country must take responsibility of the refugees”. This expression is in itself an indication that while Nehru used the word refugee for Hindus, he used the word immigrant for Muslims, considering the fact that in the Islamic State of Pakistan, Hindus were in minority and thus seeking refuge.
Within a few months of the signing of Nehru-Liaqat Pact in 1950, Prime Minister Jawaharlal Nehru had realized that Pakistan was not living up to its commitment to protect and safeguard the interest of its minorities. This is evident from the statement made by Prime Minister Jawaharlal Nehru on the floor of the Parliament on 5th Nov 1950 when he stated “there is no doubt, of course, that those displaced persons who have come to settle in India are bound to have the citizenship. If the law is inadequate in this respect, the law should be changed”.
Even during a discussion on a Call Attention motion in Lok Sabha in 1963 , Prime Minister Jawaharlal Nehru had intervened to say that the authorities in East Pakistan were bringing great pressure to bear on Hindus.
The matter of fact is that successive Congress governments have, from time to time, been ceased of the injustice and oppression unleashed on the minorities in Pakistan and Bangladesh but they did not have the courage to respond. It was Prime Minister Narendra Modi who had the courage, conviction and capacity to take decisive initiative on the issue, he added.
Accusing Congress of trying to create confusion by mixing NPR (National Population Register) and NRC (National Register of Citizens), Dr Jitendra Singh said, on the other hand, it was P Chidambaram, the then Home Minister who had stated in the Parliament during a Short Duration Discussion in 2010 that “NPR could be basis for NRC.