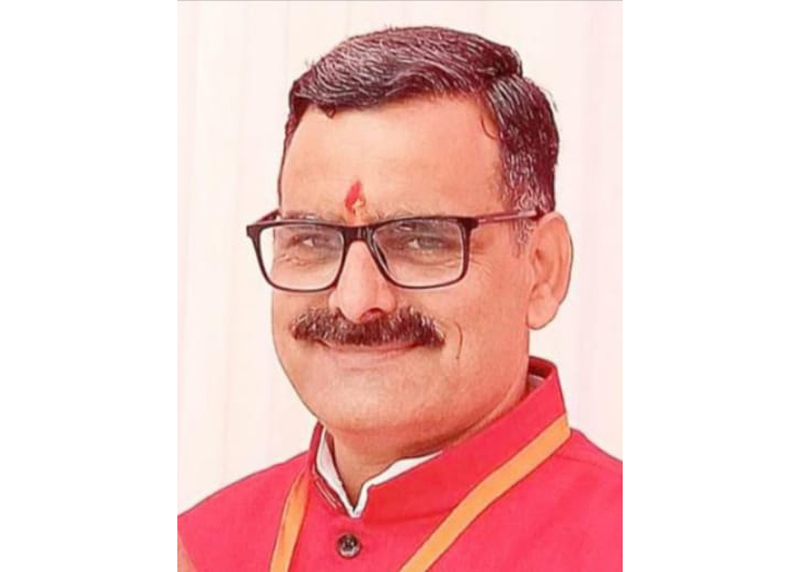 Sanjeev K Sharma
JAMMU, Nov 26: Encroachments, unrepaired Nallah and many more issues have badly affected the normal lives of the people living in Ward number 41 of Jammu Municipal Corporation (JMC).
Giving details about all these issues, Sanjay Kumar Baru, Ward 41 Councillor who politically belongs to BJP said, a Nalla coming from Akhnoor road near BSF to Kabir Nagar via Durga Nagar Wazir Lane needs reconstruction for which Rs. 10 crore Detailed Project Report is already lying in Civil Secretariat for the last four years and there is no development on this while this big-deep drain floods in rainy season every year and the water enters residential houses causing damages.
Talking about another problem, he said that an irrigation channel flows through Anand Nagar area of the Ward since decades and it urgently needs to be made of concrete which could not be done so far resulting which big bushes grow along the channel which breeds mosquitoes etc and disturbs life of the locals there.
He further said that lack of coordination between Irrigation & Flood Control Department and JMC is responsible for this problem.
In an exclusive interaction with the Excelsior, Baru who is first time Councillor said, his Ward includes areas from opposite to BSF on Akhnoor Road, Friends Colony, Shanti Vihar, Wazir Lane, Anand Vihar, Bohri, Colonel Colony, Hazuri Bagh, Surya Vihar and Anand Nagar.
“Old pipes in the Ward have not been replaced for years together due to lack of funds,” he said.
The Councilor informed that his Ward has now got proper cabling along with 20 new transformers.
It is pertinent to mention here that the elected body of JMC responsible for the developments in JMC Wards has completed over four years of its mandatory tenure of five but still many development works are miles away from completion and in some cases such works have not even taken off.
“Work of lanes and drains is almost complete in my Ward and 1050 street lights have also been provided there but still 500 more are required and of the installed ones over 100 are not connected and 150 have been damaged for which the concerned agency pays no heed to repair and has further sublet the work to some another company,” he maintained adding: “Blacktopping has been done in maximum areas of the Ward while more such works involving an expenditure of Rs. 50 lakh may start soon.”
The JMC Councillor claimed that four kanal of land has been encroached in Wazir Lane by some influential persons and despite an order from the then DC for making a Park there, for which contract for fencing was also done, no progress has been made there to get possession of the land due to the official red tape.
He also said that another piece of land near the Ward Office on which a library was planned came under a Court stay by an alleged encroacher of JDA land who claimed entrance from the land which was planned for library to the land he has encroached and the JMC Law Department has failed to vacate the stay.
Baru said that there is no parking area, no pond, no park, no playground, no health centre, no public toilet and no community hall in his Ward.
“For sewerage networking in the area Rs. 24 crore has been sanctioned and the tendering process is underway,” he claimed adding that fogging in the Ward is being regularly done and Smart Meters have been installed there though there was some resentment against that in certain areas of the Ward.
The JMC Councillor said that there is one Cremation Ground in his Ward which is properly developed and recently a shed, bathrooms and other other infrastructure has been provided there while more works for its development is still going on.
He informed that autos moving from door-to-door to collect garbage are doing a good job and due to this service garbage dumps have been reduced in the Ward.
Baru informed that historical Gole Mahal which very much falls in his Ward and has been declared as State Heritage, should be restored to its pristine glory.
Stressing on the need of establishing a police post in the area, he said that cases of thefts involving iron gratings from the drains have been reported from the Ward and there are also many drug addicts and peddlers active in certain pockets of the Ward whereas some cases of chain snatching have also been reported from the area.
“I helped many people of my Ward to make Aadhar, E-shram, Labour, Ayushman and Voter Cards,” he further said adding that he also helped many widows, elders and physically challenged people in getting pensions but now the rule to give such pensions to those exclusively belonging to Below Poverty Line is creating problems for many deserving people.