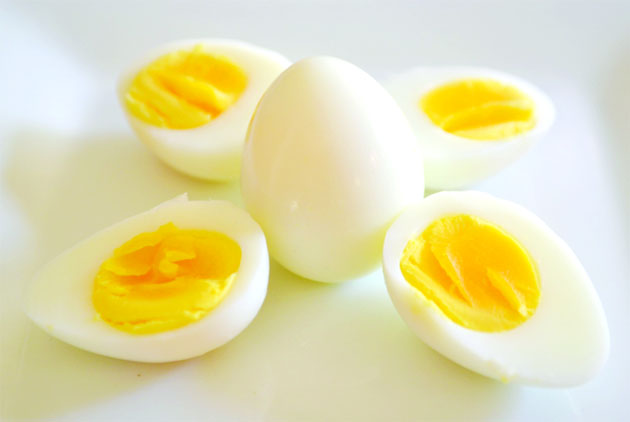 Maneka Sanjay Gandhi
Personally I find the thought, of eating an egg, revolting. It is the period blood of a hen and, if you break the egg and expose it to air for a few minutes, it will smell the same as the blood on a sanitary towel. Why would I want to add cholesterol to my daily diet?
But eggs are used in so many things that, even if you don’t eat them directly, you probably will be ingesting them in some form.
Egg shells are powdered and used for fortification of breads and confectioneries, fruit drinks, crackers, condiments. If you see “fortified” on any of these – or glazing on bread – know that this is egg.
Egg membrane protein is used as an ingredient in many cosmetics as a softener. Egg yolks are used in shampoos and conditioners and, sometimes, soaps. Cholesterol, lecithin, and some of the egg’s fatty acids, are used in skin care products, such as revitalizes, make-up foundations and even lipstick.
Louis-Désiré Blanquart-Évrard invented a process using albumen, in 1850, for photographic printing in the 19th century. Paper was laid on a mixture of albumen and salt. When it dried, it made a glossy coated paper. It was so popular that commercial producers of paper kept chickens on site!
Painters used eggs as binders for applying pigments. The pigment colour was produced by ground-up materials found in nature—everything, from lapis lazuli to the tiny bodies of scale insects, was crushed and mixed with egg yolk to produce egg tempera. Egg albumen is still used by artists as a binder for pigments, as an ingredient of waterproof glue, and as a varnish
Avidin is a protein of egg white. It is extensively used in biotechnological applications, particularly in medical diagnostics, as in the Elisa test.
Lysozyme, an enzyme found in egg white, is used for the ripening of certain European-type cheeses. Lysozyme inhibits the growth of Clostridium tyrobutyricum – a bacterium which can be present as a contaminant in milk. A more recent use of lysozyme is in wine preparation as a substitute for sulphites. Lysozyme is used in processed foods to extend the shelf life by inhibiting or destroying spore forming organisms.
Lysozyme is used as an antimicrobial agent in pharmaceutical products.
Liposomes, fatty droplets found in eggs, are used as a controlled delivery mechanism for various drugs. Immunoglobulin yolk (IGY), a simple egg-yolk protein, is used as an anti-human-rotavirus (HRV) antibody in food products.
Shell-membrane protein is being used experimentally to grow human skin connective tissue cells for severe-burn victims and, in Japan, is being used in cosmetics (Antigen specific immunoglobulins (IgYs) from eggs are planned to be used for preventing dental caries: candies, chocolates and gums containing anti-Streptococcus mutans (a bacteria involved in tooth decay) from eggs have been used in Japan.
Ovotransferrin or Conalbumin is another protein of egg white which has been used to remove iron from drinking water. Ovalbumin is the predominant protein in egg white and is utilized in the diagnostic industry.
For more than forty years, fertile eggs have been used as a culture medium for the influenza virus to produce vaccines. The influenza virus is injected into the developing embryo. For three days it multiplies in the egg. The egg is then broken, the fluid extracted and the virus used as vaccine. Egg yolk is added to agar cultures to grow microorganisms bred in laboratories. Fertile eggs are used to preserve bull semen for artificial insemination.
Egg white has been used in the manufacture of edible packing films, for ingredients in the food, chemical and pharmaceutical industries
It is eggs in food that are the biggest problem for a vegetarian. Pastas and bread, confectionary – most of them have egg in them. In fact, make sure you buy unglazed bread. Sponge cakes, meringues or soufflés have whisked egg white. Eggs bind loose crumbly ingredients together, so they are used in patties, croquettes, fritters and fillings. Whipped egg is used as a thickening agent in pie fillings, custard sauces and baked custard. Mayonnaise is made of egg yolk. Pastries use egg white in the crusts. Eggs are put in commercial ice creams, baby food, sauces and dairy products . Egg powders are a key ingredient in meat production (sausages, hamburgers, hams) as well as vegetarian preparations (soya sausages, hamburgers).
Avoiding eggs and meat has become a minefield. Irresponsible and insensitive, so called scientists work with egg industries to find newer ways to use their product. Tall claims are made, but the amount of suffering that is caused is unimaginable. For instance, work is underway to genetically alter chickens so that they produce eggs containing a large quantity of human serum albumin  (HSA), a protein used in saline drips in hospitals. Currently the protein is taken from human blood plasma. Using transgenic chicken, research is also being done by commercial companies to produce egg antibodies to combat hepatitis and cancer.
It has been claimed by the egg industry itself that the content of the egg can be changed by simply changing the diet of the hen. This is what they say: “With adjustments to the diets of the laying hen the profile of fatty acids, fat-soluble vitamins, and minerals such as iodine, fluorine, manganese, and B vitamins, can be changed. Using a flax-based diet or rapeseed or fish oils in the feed, eggs can be enriched with omega-3 and omega-6 fatty acids. Vitamin E in eggs can be added as well as iodine levels. Research is being done to add conjugated linoleic acids (CLAs).”
If this is true, then the rubbish fed to hens in India – cardboard, powdered granite, dead mashed bodies of other hens, pesticides like fipronil, to name a few ingredients , must have had the effect of making eggs almost valueless or dangerous to health. Our FSSAI should investigate the quality of eggs on the market.