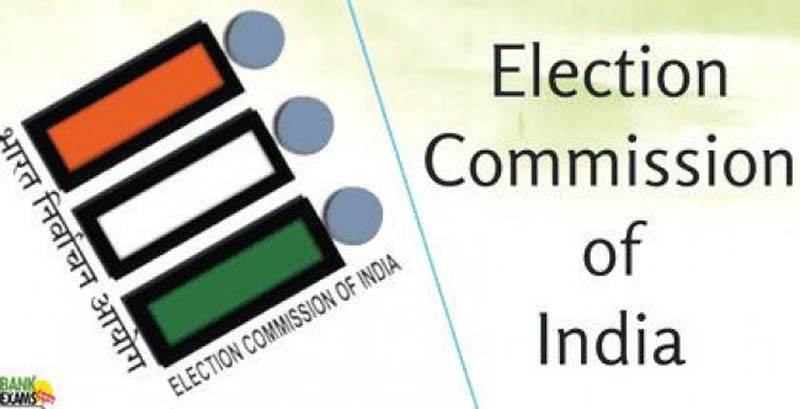 JAMMU, Mar 6: The State administration is reported to have favoured separate Parliamentary and Assembly elections in the State in view of security situation in the Valley and escalated tension on the borders with Pakistan while the Election Commission has decided to take fresh assessment of situation from the Union Ministry of Home Affairs (MHA) in a day or two to take their final view point.
Sources told the Excelsior that the State Government was of the view that Lok Sabha elections should be held first followed by the Assembly polls after a couple of months or so to help induction of additional paramilitary forces in the State. Moreover, it felt, that once the Parliamentary polls are over, the State would get adequate number of paramilitary forces to meet the requirement of Assembly elections.
The Government is of the view that there would be 30-odd candidates for six seats of Lok Sabha while the number would be very high for 87 seats Legislative Assembly. In the Assembly elections, number of election rallies will be higher including by the national leaders as compared to Lok Sabha polls and they too would require adequate security arrangements.
As far as the Lok Sabha elections are concerned, sources said, the administration would like them to be scheduled during last leg to give the State Government enough time for induction of paramilitary forces, whose 100 additional companies have recently reached Kashmir and more could be pouring in.
All major political parties in their meetings with the Election Commission of India in both Srinagar and Jammu had favoured simultaneous Lok Sabha and Assembly elections in the State.
However, according to sources, the Election Commission was not bound to go by the views of administration and political parties and has to take independent decision based on its own assessment of the situation as its prime focus had to be the conduction of free, fair and peaceful elections.
Meanwhile, the Election Commission (EC) would call Union Home Secretary Rajiv Gauba and other top officials of the Ministry of Home Affairs for consultation — second time in less than a month — to firm up its view on whether to hold Assembly and Lok Sabha polls in Jammu and Kashmir simultaneously or defer the Assembly polls.The meeting, to be held within a day or two, bears significance following MHA and Jammu and Kashmir administration conveying to the poll panel the difficulties in holding simultaneous elections.
Gauba and his team had a meeting with the EC on February 18 when they conveyed the difficulties in holding the Assembly and Lok Sabha elections in Jammu and Kashmir simultaneously due to the prevailing security situation in the State.
During the meeting, the MHA team had apprised the EC about the ground realities in the State, strength of Central forces currently deployed and the additional forces which could be made available for election duties.
The Jammu and Kashmir administration, which is under the President’s rule, has also apprised the poll body about the security situation in the State and the constraint in holding Assembly and Lok Sabha polls together.
The EC is expected to announce the schedule for Lok Sabha elections in the next few days. Assembly polls are expected to be held with Lok Sabha elections simultaneously in Odisha, Andhra Pradesh, Sikkim and Arunachal Pradesh, another official said.
The Governor’s rule was imposed in Jammu and Kashmir on June 19, 2018 after the State plunged into a political crisis when the Mehbooba Mufti-led PDP-BJP coalition Government was reduced to minority following withdrawal of support by the 25-member BJP in the State.
The assembly had been kept under the suspended animation then.However, the Governor on November 21 dissolved the 87-member State Assembly after the PDP, supported by the Congress and arch rivals National Conference, tried to stake claim to form the Government.
When the Governor’s rule expired on December 19, 2018, President’s rule was imposed in the State as under the Constitution of Jammu and Kashmir, there is no provision for extension of Governor’s rule.
The Assembly elections have to be held within six months of dissolution of the House. However, under exceptional circumstances, the Election Commission can defer the Assembly elections, which will lead to extension of President’s rule in the State.