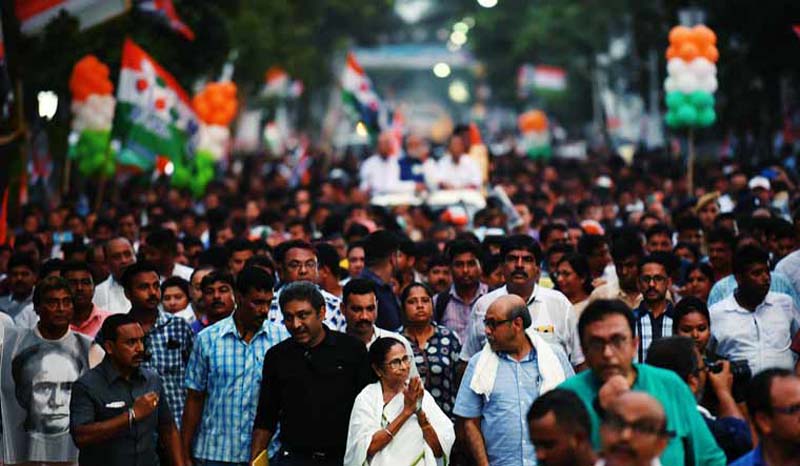 NEW DELHI, May 15:  The Election Commission today ordered campaigning in nine West Bengal constituencies to end at 10 PM on Thursday night, a day before its scheduled deadline, in the wake of violence between BJP and TMC workers in Kolkata.
The two parties have traded charges of inciting the violence during BJP president Amit Shah’s massive road show in the State capital on Tuesday.
During the violence, a bust of Bengali icon Ishwar Chandra Vidyasagar was vandalised.
The Election Commission invoked Article 324 of the Constitution to curtail the campaigning for the last phase of the election on May 19.
The EC also ordered the removal of Principal Secretary (Home) and Additional Director General, CID from their postings in West Bengal. (PTI)