NEW DELHI, Mar 9: Close on the eve of Election Model Code of Conduct being imposed, Union Minister of State (Independent Charge) Development of North Eastern Region (DoNER), MoS PMO, Personnel, Public Grievances, Pensions, Atomic Energy and Space, Dr Jitendra Singh today dedicated to public, through e-inauguration, around Rs 65 crore worth inter-State roads in Northeast.
These roads have been completed within stipulated timeline and have a special importance because, in the past, inter-State roads between different North Eastern States suffered utter neglect, as a result of which, these roads earned the dubious nomenclature of “orphan roads”, since none of the two respective States was ready to bear their budget. It was under the Modi Govt that three years back, for the first time in the history of independent India,an exclusive regional road agency was constituted by he name ”North East Road Sector Development Scheme”, specially focusing on inter-State road connectivity in the region.
The crucial Harmuti-Doimukh road project between Arunachal Pradesh and Assam has been completed at a cost of Rs 58.25 crore and  involved the construction of road measuring 17.47 kms between the two important States of Assam and Arunachal Pradesh. The road will provide an important critical transport link in this mountainous terrain across the major rivers Gumto and Gulajoly while river Dikrong flows on the left-side of the road.
The other major road , namely Tura-Mankachar between Assam and Meghalaya, will provide vital connectivity between the two States of the North-Eastern region. It has been completed at a cost of around Rs.5 crore to Rs.6 crore and will connect Mirijumala Chowk to Mankachar Tinali.
Speaking on the occasion, Union Minister Dr Jitendra Singh said that in the last five years, with the personal intervention of Prime Minister Narendra Modi, who visited Northeast more than 35 times in five years, a sustained drive has been carried forward to increase the connectivity through different means of transport. It was during this period, he said that the first-ever exclusive Road Corporation was established for any region of India under the “North-East Road Sector Development Scheme”. The primary objective of this was to construct inter-linking roads between different States which were earlier not owned by any of the two respective States, he added.
In addition to road transport, Dr Jitendra Singh said, it was during the Modi Government that the potential of “Inland Waterways” was explored to provide connectivity across the river Brahmaputra up to the Bay of Bengal, which would ensure alternative mode of transport as well as cost limitation up to one-fourth.
It is an irony, Dr Jitendra Singh said, that for forty years, Sikkim had no airport and the first-ever airport at Pakyong was dedicated to public by Prime Minister Narendra Modi during his visit on September 24, 2018. Similarly, he said, first-ever airport for Arunachal Pradesh at Itanagar has been proposed and upgradation has been planned for the airports at Shillong in Meghalaya.
As for Railways, the first-ever train to Bangladesh will run from Agartala in Tripura and the rail-track up to Indian border is being funded by the Ministry of Northeast / DoNER. 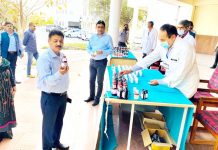 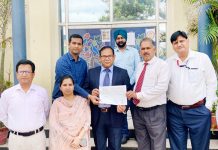 Donations continue to pour in for fight against COVID-19

No problem in visiting hospital in case of emergency: DAK

‘Emergency cases should be attended in hospitals’ 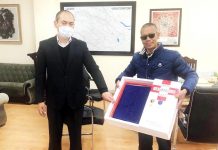 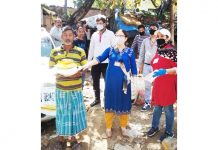 Distribution of relief material continues on day-13 of lockdown