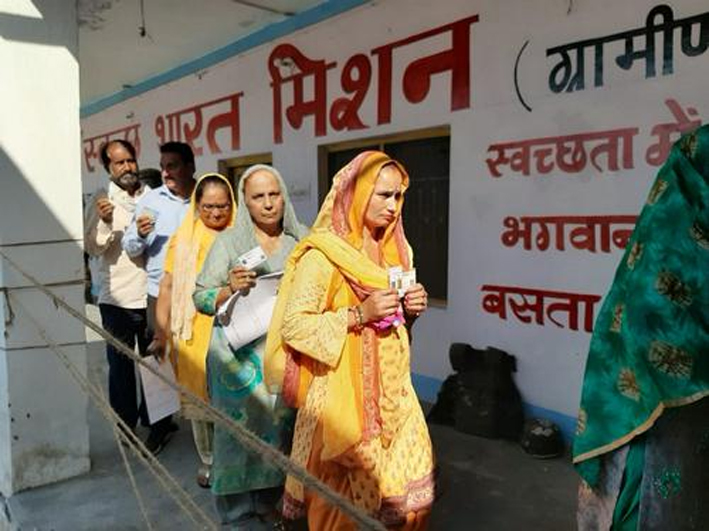 JAMMU, Feb 15: The Government proposed to hold elections to the District Planning and Development Boards (DPDBs) after completion of by-elections to 12,650 Panchayat seats in March, under 73rd amendment of the Constitution of India, which was likely to be implemented in Jammu and Kashmir shortly.
As and when conducted, this will be the first election to be held under 73rd amendment in Jammu and Kashmir, which hadn’t been implemented in the erstwhile State of J&K along with 74th amendment by successive Governments. Also, this will be for the first time that J&K will have elected DPDBs, like the Block Development Councils (BDCs), which were constituted last year.
Official sources told the Excelsior that soon after the by-elections for all 12,650 vacancies in the Panchayats are completed by the end of March, the Government will set in motion the exercise to hold first-ever election to the DPDBs under 73rd amendment of the Constitution of India, which along with 74th amendment, are likely to be implemented in the Union Territory of Jammu and Kashmir shortly.
Union Home Minister Amit Shah and Union Minister of State in Prime Minister’s Office (PMO) Dr Jitendra Singh have already announced that 73rd and 74th amendments of the Constitution of India will be implemented in Jammu and Kashmir shortly.
As per the 73rd amendment, the Rural Development and Panchayati Raj Department will constitute Zila Parishads in all districts and anyone can contest the election of Parishad Chairpersons. The Zila Parishad Chairpersons of the district will then elect the Chairpersons of the DPDBs through election.
However, according to sources, this will be a very lengthy exercise and will be almost equal to holding Assembly and Parliament elections as all voters of the Union Territory in the rural areas will be involved. But, sources said, in Panchayat and ULB elections also, which were held in November-December 2018, all voters of J&K were involved and the exercise had concluded peacefully.
“However, a final decision in this regard will be taken by Jammu and Kashmir Government in consultations with the Union Ministry of Home Affairs at an appropriate time,” they said, adding that security and law and order situation will be major factors in taking call for the DPDB elections.
According to them, the Government was committed to hold elections to the DPDBs after completion of by-polls to Panchayat vacancies in the month of March and this will be for the first time that Jammu and Kashmir will have elected DPDBs. Previously, there used to be District Development Boards (DDBs), whose Chairpersons used to be the Cabinet Ministers while the members included Members of Parliament and legislators of that district.
In the new format of DPDBs, all elected Chairpersons of the particular district will be the members of the DPDB and one of them would be the Chairperson, who too will come through the proper election. In majority of the States across the country, this formula is prevalent.
Area of the Zila Parishads is earmarked by the Rural Development and Panchayati Raj Department after undertaking an exercise across the Union Territory. Large districts like Jammu, which is presently based on 11 Assembly constituencies, can have 18-20 Zila Parishads while small district like Samba can have 7-8 but this depends on the exercise undertaken by the Rural Development and Panchayati Raj Department.
A day before, the Election Authority had announced conduct of elections to 12,650 vacancies in the Panchayats in all 20 districts of Jammu and Kashmir in eight phases from March 5-20. Once the vacancies are filled, the process will be initiated for the DPDB elections.
This is for the first time that the Block Development Council (BDC) elections were held in Jammu and Kashmir, constituting 2nd-tier of Panchayati Raj System. Elections to the DPDBs will complete three-tier of Panchayati Raj in J&K for the first time.