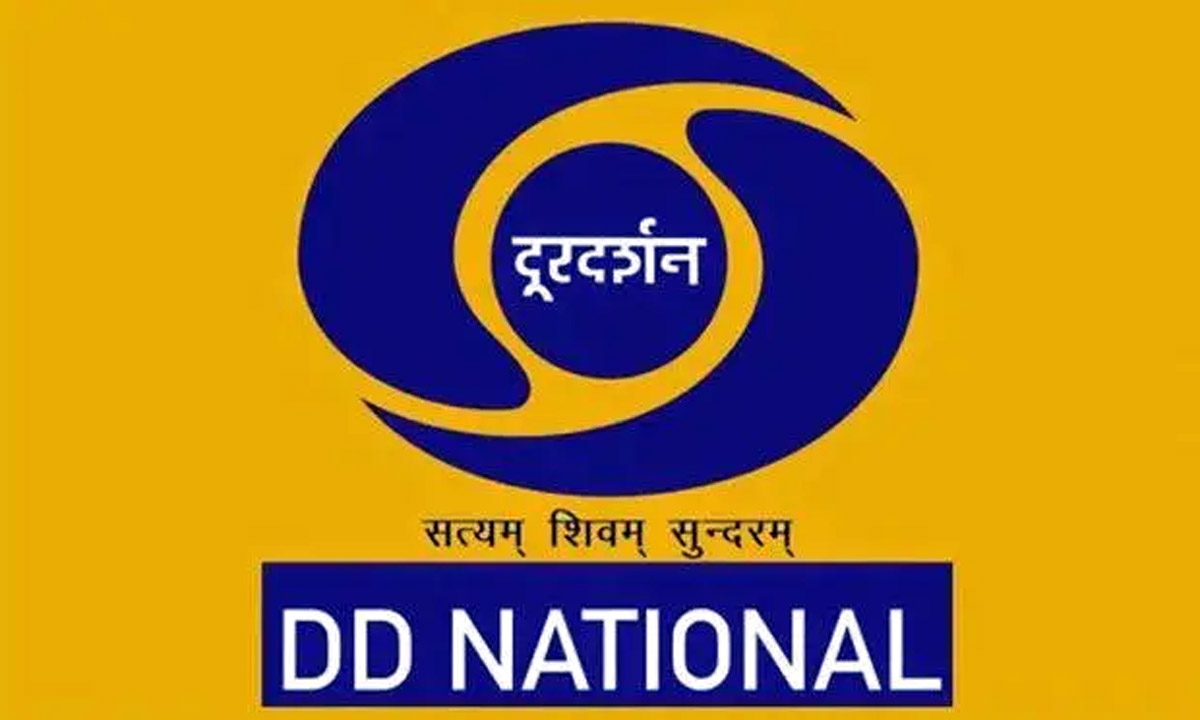 NEW DELHI, Aug 12: With viewership remaining stagnant, public broadcaster Doordarshan has embarked on a revamp, particularly of its entertainment channels with a strong message of patriotism.
In a bid to chronicle the lesser known tales of India’s freedom struggle, Doordarshan will telecast a 75-episode mega serial – ‘Swaraj – Bharat ke Swatantrata Sangram ki Samagra Gatha’ from August 14 in Hindi on the DD National channel, Mayank Agrawal, the Chief Executive Officer of Prasar Bharti told reporters here.
He said the serial will be dubbed in nine regional languages as well as English for telecast on the regional network of Doordarshan.
The serial, produced by Contiloe Pictures, will be aired every Sunday from 9.00 pm to 10.00 pm, with repeat telecasts on Tuesday, Thursday, and Saturday. The audio version of the serial will be broadcast on All India Radio network from 11.00 am onwards on Saturday.
Besides ‘Swaraj’, Doordarshan will also launch four other serials – ‘Jai Bharti’, ‘Corporate Sarpanch’ and ‘Yeh Dil Maange More’ with strong messages of patriotism and women empowerment.
“The new serials will go a long way in revamping DD National,” Agrawal said.
The public broadcaster will also telecast a musical reality show ‘Suron ka Eklavya’, that presents the gems of Bollywood music of the yore with a fresh voice, retaining the signature style of the legends such as Mohammad Rafi, Lata Mangeshkar and Kishore Kumar.
Agarwal said the channel will also air a show ‘Startup Champions 2.0’, showcasing the journey and success of 46 national award winning start-ups.
The viewership of the Doordarshan has been on the decline for years.
Earlier this month, the government told Parliament that the gross unique viewership of Doordarshan channels was 760.4 million in 2019, 747 million in 2020, and 684.9 million in 2021. (PTI)