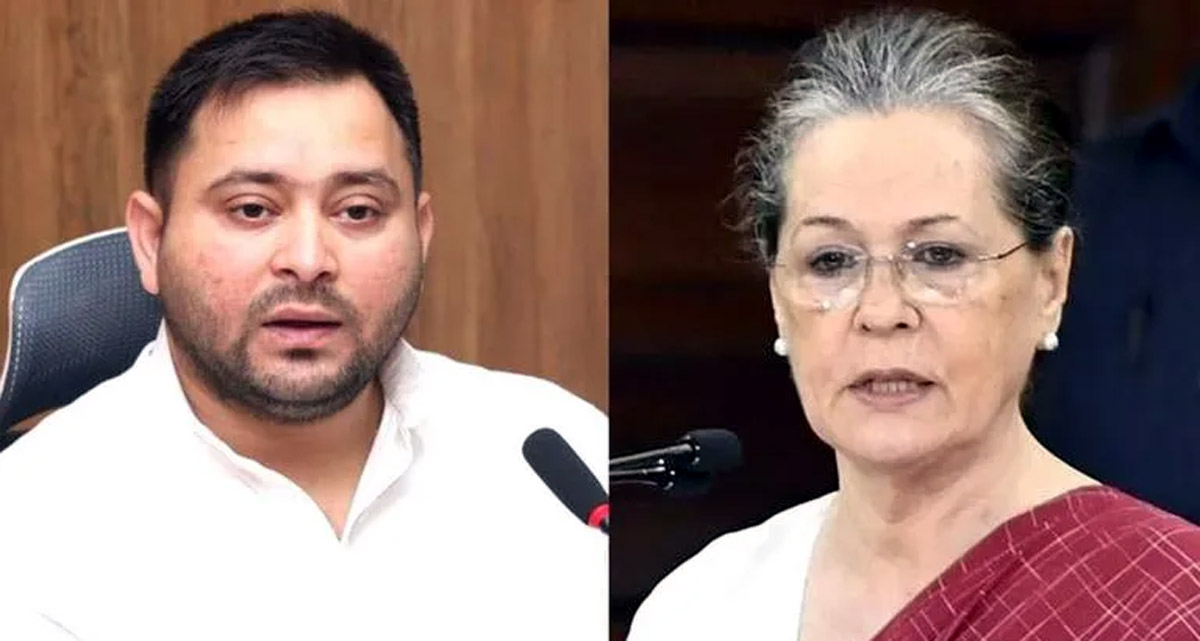 NEW DELHI, Aug 12: Bihar Deputy Chief Minister Tejashwi Yadav met Congress president Sonia Gandhi and other Opposition leaders here and is learnt to have discussed the developments in the state as well as political situation prevailing in the country.
Yadav’s visit to Delhi, the first to the national capital after taking the oath of office, also holds significance as Rashtriya Janata Dal supremo Lalu Prasad is here and the finalisation of names of ministers is set to be high on the agenda during discussions between the two.
The cabinet, which at present comprises only Chief Minister Nitish Kumar and Yadav as his deputy, is due for expansion early next week.
The Bihar deputy chief minister met Gandhi at her 10 Janpath residence.
Earlier, he met CPI (M) General Secretary Sitaram Yechury and CPI General Secretary D Raja here and is learnt to have discussed the developments in Bihar as well as the way forward.
After the meeting, Tejashwi said in a tweet that he met the two Left leaders and had a positive discussion on the current social, economic and political scenario prevailing in the country and Bihar.
“Bihar, the land which gave birth to democracy, has again shown the way to the country,” Yadav said in a tweet in Hindi.
Yadav, who arrived here last night, is also expected to meet Congress chief Sonia Gandhi later in the day.
Earlier, he celebrated Rakshabandhan with his sisters here.
Yadav is likely to be back in Bihar soon for the cabinet expansion expected immediately after Independence Day.
The expansion would be followed, later this month, by a special session of the assembly when the new government will prove its majority on the floor.
The RJD leader served as deputy chief minister of Bihar from 2015 to 2017.
Kumar and Yadav had taken oath on Wednesday, a day after the JD(U) snapped ties with the BJP-led NDA and joined hands with the RJD, the Congress and some other parties to form a ‘Mahagathbandhan’ government. (PTI)