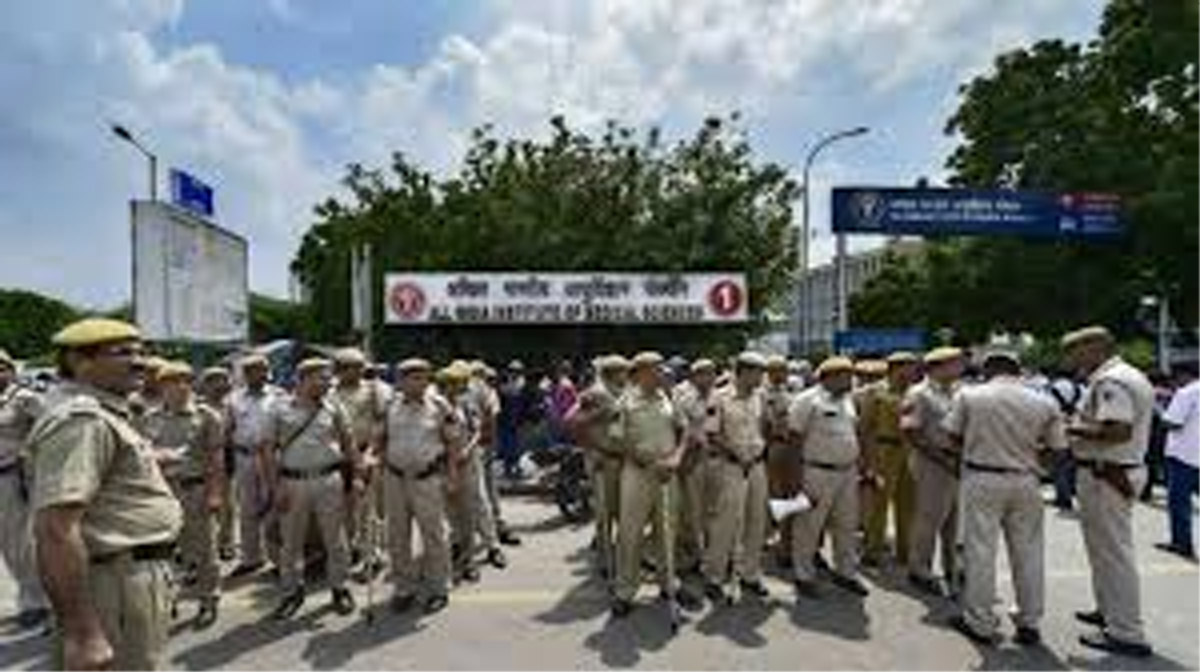 NEW DELHI, June 15: Patients in the national capital faced hardships for the second consecutive day as protest by doctors, in solidarity with their striking colleagues in Kolkata, spread to several government hospitals, which who could not join a nationwide stir on June 14.

However, emergency and ICU services were not hampered in these hospitals.

Meanwhile resident doctors of AIIMS and Safdarjung Hospital, who resumed work after having boycotted it on Friday, have given a 48-hour ultimatum to West Bengal Chief Minister Mamata Banerjee to meet the demands of the state’s agitating doctors, failing which they said they would go on an indefinite strike.

They attended patients wearing helmets and bandages on forehead as a sign of protest. AIIMS resident doctors will also take out a candle march in the campus in the evening.

Patients bore the brunt of the protest, as they faced a lot of inconvenience and had to wait for long hours at hospital OPDs.

A 28-year-old pregnant woman who visited Lady Hardinge Medical College and Hospital for follow-up check up claimed that she could not find a doctor in the OPD.

“My ultra-sound is due. I always come here for check-up but today I could not find a doctor to consult with. Now I have to go somewhere else but I have learnt that protests are on at other hospitals too. We patients are facing lot of discomfort because of this strike,” she said.

On Friday, a majority of hospitals in Delhi had joined the country-wide agitation in support of the doctors in West Bengal, on a call given by the India Medical Association (IMA) and various resident doctors’ associations (RDAs).

However, many hospitals could not join the protest on June 14 as they had not submitted the 24-hour advance notice to the government as required by protocol.

So, they are observing a bandh on Saturday, President of Federation of Residents Doctors’ Association (FORDA) Sumedh Sandanshiv said, adding however, ICUs and emergency wings of these hospitals are functioning.

There was a shutdown of out patient departments (OPDs), routine operation theatre services and ward visits, except emergency services at these hospitals of the city, where doctors held their token strike on Saturday.

Junior doctors in West Bengal are on a strike since Tuesday after two of their colleagues were attacked and seriously injured allegedly by relatives of a patient who died at NRS Medical College and Hospital in Kolkata.

A forum of doctors in the national capital issued a statement holding the Mamata Banerjee government in West Bengal “squarely responsible for letting the situation snowball to the present state through sheer lack of sensitivity for concerns expressed by junior doctors”.

It appealed to the resident doctors to include the healthcare issues concerning the common people in their struggle and asked the TMC government to “stop politicising on the issue and address the demands raised by doctors in the earnest”.

Scores of doctors in Delhi had held demonstrations on Friday, with many attending to patients in emergency wards wearing bandages on forehead or helmets, marching and raising slogans.

Condemning any form of violence, especially against medical professionals in the country, the IMA launched a four-day nationwide protest from Friday and called for a strike on June 17 with withdrawal of non-essential health services.

The apex medical body demanded a central law to check violence against healthcare workers in hospitals and said such crimes should be made non-bailable, which was supported by Union Health Minister Harsh Vardhan on Friday. (PTI)