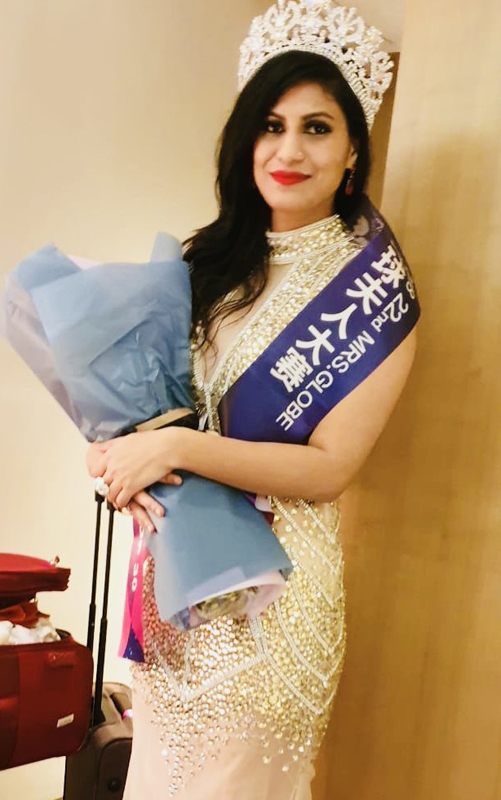 Excelsior Correspondent
JAMMU, Dec 10: It is indeed a matter of great pride for the complete nation as Indian lady Mrs Divjot Kour competed at international beauty pageant and won as many as three titles, one being the top finalist.
Divjot, who is former Mrs India Globe participated in Mrs Globe pageant held in Shenzhen City of China. As many as 102 participants from various countries participated in the said beauty pageant.
The event was spread over 15 days wherein the participant went through gruelling sessions of grooming and showcasing their talent and various costume rounds.
Divjot won as many as 3 titles to include Top finalist, Mrs Punjaban Globe and Best Dancer amongst all the participants. Most notable is the Mrs Punjaban Globe title as she now becomes the international ambassador for Mrs Punjaban Globe competition to be held anywhere in world.
Divjot hails from J&K and is married to an Army Officer.
She will now as Mrs Punjaban International Ambassador be crowning the other such aspiring ladies participating in the same event being held at 10 various places like Vancouver, Canada and London to name a few.

Tireless efforts being made to contain COVID-19: LG Mathur