WASHINGTON: Scientists have discovered modern microbes living in fossilised dinosaur bones, a finding that further quashes hopes of creating clones of the ancient prehistoric animals from preserved proteins.
Some paleontologists have reported finding dinosaur bones that contain exceptionally preserved traces of the protein collagen, along with soft tissues like blood and bone cells.
It has been speculated that these preserved proteins can be used to resurrect the extinct dinosaurs.
Scientists from Field Museum in the US who looked for preserved collagen, the protein in bone and skin, in dinosaur fossils.
Instead of finding protein, the researchers found huge colonies of modern bacteria living inside the dinosaur bones.
“This is breaking new ground — this is the first time we’ve discovered this unique microbial community in these fossil bones while they’re buried underground,” said Evan Saitta, a postdoctoral researcher at the Field Museum.
“And I would say that it’s another nail in the coffin in the idea of dinosaur proteins getting preserved intact,” said Saitta.
“Some molecules can survive in the fossil record, but I suspect proteins can’t; they’re unstable on those timescales in the conditions of fossilization,” explains Saitta.
“There’s been an uptick in interest in these supposed dinosaur proteins,” said Saitta, who set out to try to independently verify the presence of collagen in dinosaur fossils.
Researchers collected dinosaur fossils under as sterile conditions as possible so that new proteins or bacteria would not be introduced to the fossils and skew the results.
“To collect these bones in a very controlled, sterile way, you need a dig site with a tonne of bone because you have to find the bone quickly, expose just enough of one end to know what it is, then aseptically collect the unexposed bit of the bone and surrounding rock all in one,” Saitta said.
The team collected 75-million-year-old fossils from Centrosaurus — a smaller cousin of Triceratops — and then took the bones back to various laboratories to examine their organic composition.
Researchers compared the biochemical makeup of the Centrosaurus fossils with modern chicken bones, sediment from the fossil site, and thousands-of-years-old shark teeth.
“We visited multiple labs, and the different techniques gave us consistent and easily interpretable results, suggesting that the aseptic collection was sufficient,” said Saitta.
They found that the Centrosaurus fossils did not seem to contain the collagen proteins present in fresh bones or the much younger shark teeth.
“We see lots of evidence of recent microbes. There’s clearly something organic in these bones,” said Saitta.
The teams believes that the modern microbes and their secretions, called biofilm, are likely what other researchers have seen in fossils and reported as dinosaur soft tissues.
“I suspect that if we began to do this kind of analysis with other specimens, it would begin to explain some of the so-called dinosaur soft tissue discoveries,” Saitta said.
The modern microbes present in the dinosaur bones are not similar to bacteria living in the surrounding rock.
“It’s a very unusual community,” said Saitta. (AGENCIES) 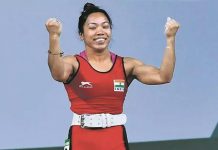 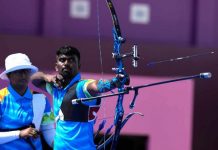 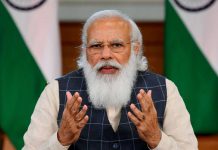 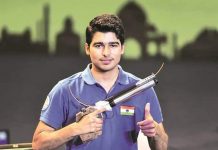 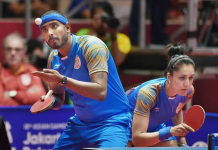 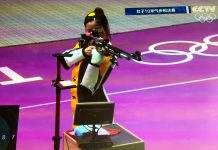 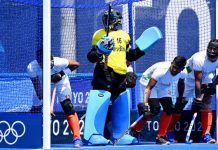 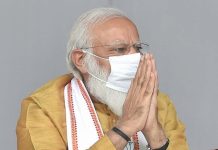 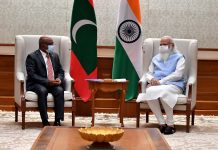 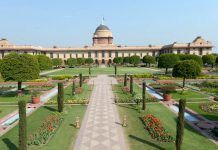 Rashtrapati Bhavan to re-open for public from August 1 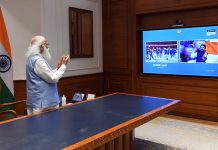