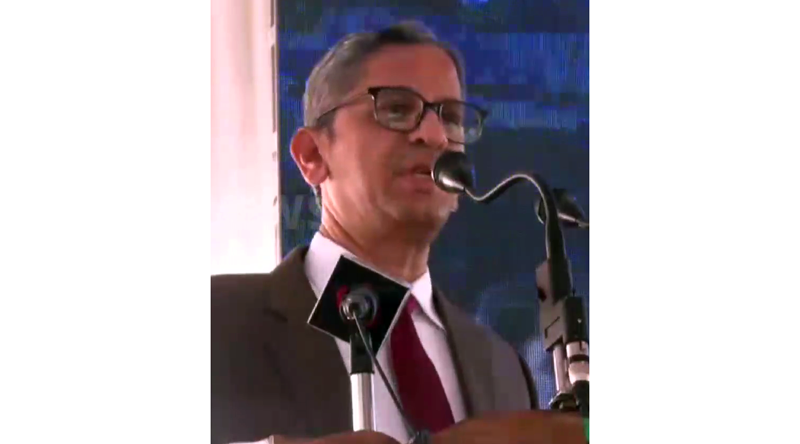 Excelsior Correspondent
SRINAGAR, May 14: It is imperative for a healthy democracy that people feel their rights and dignity are recognised and protected, Chief Justice of India N V Ramana said today, stressing that denial of justice would ultimately lead to anarchy.
Addressing a function in Srinagar, the CJI urged lawyers and judges to create a congenial environment for litigants who are often “under a lot of psychological stress”.