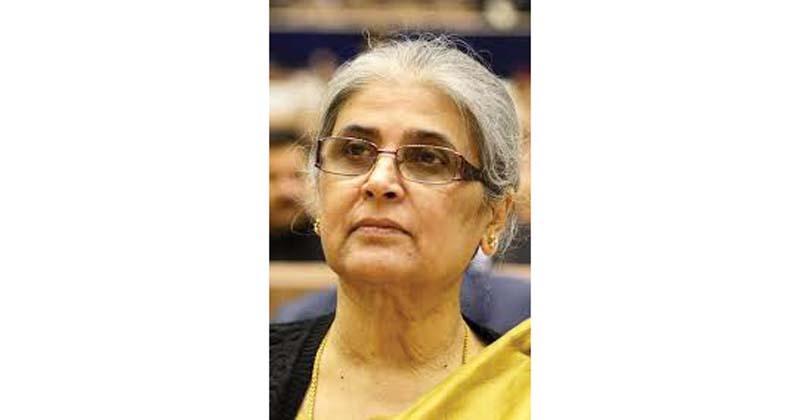 Reservation for KPs under consideration

Sanjeev Pargal
JAMMU, Dec 10: Making a headway following uproar by many political parties over uncertainty created by Union Home Ministry’s reply on its deadline for submitting report, the Delimitation Commission headed by Justice (Retired) Ranjana Prakash Desai today called crucial meeting with Associate Members in New Delhi on December 20 to discuss and share with them the progress achieved by the Panel in delimitation of 90 Assembly constituencies in the Union Territory.
“The meeting has been called at 11.20 am at Hotel Ashok in New Delhi on December 20,” official sources told the Excelsior.
The Commission has five Associate Members who have been invited to the meeting through emails sent to them.
They are Union Minister of State in the Prime Minister’s Office (PMO) Dr Jitendra Singh and Jugal Kishore Sharma, MP Jammu-Poonch Lok Sabha constituency, both from BJP and Dr Farooq Abdullah, Mohammad Akbar Lone and Hasnain Masoodi, all three National Conference LS members from Kashmir.
This is second meeting called by the Delimitation Commission with five Associate Members. First meeting on February 18 this year was attended only by two BJP MPs and was boycotted by all three National Conference members on the ground that the Commission has been set up under Jammu and Kashmir Reorganization Act which the party had challenged in the Supreme Court.
However, since then there have been clear indications that the National Conference is likely to attend the Delimitation Commission meeting now. A day before, Dr Farooq Abdullah had angrily reacted to the MHA reply in Lok Sabha which didn’t mention deadline by which the Commission will submit its findings.
The Commission is expected to share its findings completed so far with the Associate Members.
Headed by Justice (Retired) Ranjana Prakash Desai, the Commission has two official members including Chief Election Commissioner (CEC) Sushil Chandra and State Election Commissioner (SEC) KK Sharma.
Reliable sources told the Excelsior that the Commission might consider giving representation to Kashmiri Pandits in the Legislative Assembly as under the normal circumstance it will be difficult for the Pandit minorities to send their representative in the House. Earlier, there was Legislative Council in J&K in which the KPs used to get elected or nominated by different political parties. Last Legislative council had two KP representatives.
“Options under consideration are Sangha Model of Sikkim where a ‘floating’ constituency is reserved for Buddhist Monks or like nomination models seen in Puducherry Assembly or for Anglo Indian,” sources said, adding after migration in 1990, the Kashmiri Pandits are spread over different parts of Jammu, New Delhi, Bangalore, Maharashtra etc.
There have been various representations from the Kashmiri Pandits that there should be reservation for them in the Legislative Assembly as the Legislative Council was dissolved under J&K Reorganization Act.
As per the Constitutional provision, only Scheduled Castes (SCs) and Scheduled Tribes (STs) have been granted eight and 10 percent reservation in the Assembly respectively which means seven seats will be reserved for SCs and nine for STs. While seven seats were reserved for SCs in the Assembly earlier also, this will be for the first time that the STs will get reservation in J&K House.
All seven seats including three in Jammu district and one each in Samba, Kathua, Ramban and Udhampur remained reserved for SCs for four consecutive Assembly elections in 1996, 2002, 2008 and 2014 though they had to be rotated after two terms. The reserved seats are now likely to be changed by the Delimitation Commission. In addition, the Commission will reserve nine seats for STs.
Once the delimitation exercise is completed, the number of Assembly seats in Jammu and Kashmir will go up from 83 to 90.
Twenty-four seats of the Assembly continue to remain vacant as they fall under Pakistan-occupied Jammu Kashmir (PoJK).
While splitting Jammu and Kashmir into two Union Territories through the Reorganization Act, the Union Home Ministry had increased Assembly seats of Jammu and Kashmir by seven taking total seats to 114-24 of which are reserved for Pakistan occupied Kashmir (PoK) while election will be held for 90 seats.
Erstwhile State of Jammu and Kashmir had 111 seats including 24 reserved for PoJK while elections were held for 87 seats. With creation of Ladakh as Union Territory, four seats of the region were reduced and the Assembly was left with 83 seats. However, with increase of seven seats, J&K UT will have an Assembly of 90 seats. Two Women MLAs will be nominated to the House, which was the position earlier also.
In the previous Assembly, Kashmir had 46 seats, Jammu 37 and Ladakh four.
Delimitation of the Assembly constituencies was last held in 1994-95 during the President’s Rule when seats of the erstwhile State Assembly were raised from 76 to 87. Jammu region’s seats were increased from 32 to 37, Kashmir’s from 42 to 46 and Ladakh’s two to four. However, the delimitation was freezed in 2002 by the then National Conference Government headed by Dr Farooq Abdullah in lines with the decision taken by then Central Government led by Atal Bihari Vajpayee.
Elections to the Legislative Assembly will be held only after delimitation of Assembly constituencies is completed.